Calgary is a step closer to legalizing thousands of secondary suites that exist under the radar.

On Wednesday, a report aimed at making secondary suites legal, and safer, got the nod from the planning and urban development committee. The next step is a March 30 meeting to seek council approval.

"It's been overdue, quite frankly, and yesterday was a great day moving forward," planner Cliff De Jong said Thursday.

Mayor Naheed Nenshi has long championed citywide approval of secondary suites, but city council has been divided on whether to make it legal for homeowners to add rental suites to their basements or above garages. Calgary's vacancy rate is low, at around 1.4 per cent, according to the Canada Mortgage and Housing Commission's most recent semi-annual report. Rents are high, at $1,322 on average for a two-bedroom apartment.

Industry experts are watching the debate closely. They argue that secondary suites provide relatively affordable, and central, housing. As well, they give mortgage holders a stream of revenue.

For Mr. De Jong, the push toward legalization of suites means a safer form of housing. In 2009, three young people were killed when a space heater caught fire in their northwest Calgary basement suite. Their landlord was fined $89,700 for failing to provide adequate smoke alarms, ensuring each bedroom had a window and for having security bars on the windows that weren't easily removable.

"Every municipality has those tragedies, but that one was pretty avoidable," Mr. De Jong says. "If you have rules that discourage people from coming forward, then they stay unregulated, and the risk goes up that we have another tragedy. That's always in the forefront of our minds."

The major step forward this week was council's endorsement of a safety campaign that would involve fire officials knocking on doors to educate homeowners about the rules. As well, in areas where suites are already permitted, homeowners would get an 18-month exemption from having to apply for a development permit. That's the difference between obtaining paperwork within an hour, as opposed to several weeks, Mr. De Jong says. The idea is to make the process enticing to landlords.

"Our main focus is to bring older existing suites up to safety standards," Mr. De Jong says. "We know from some of the work we've done in the past that when you don't have the presence of any permits, around 80 per cent of [secondary suites] don't have the life safety requirements met."

The program includes issuing inspection stickers to homeowners with legal suites and the creation of an online registry so tenants can check for themselves if a suite is in compliance. Mr. De Jong said that in the meantime, the city would start by issuing stickers to the 500 suites that have already passed inspection.

"They would be the first stop," he says. "They would get an occupancy sticker. And we will start working with the real estate industry to market legal and safe suites, as opposed to the grey, or black market ones."

Once fully approved, the program would launch Sept. 1.

Although the estimated number of suites is anywhere between the 16,000 and 30,000 range, Mr. De Jong says it's impossible to know for sure.

"That's a difficult thing to put a number on," he said. "It's mainly a complaint-based type of process. And we have a number of years of data, so we will have a fairly targeted approach to where we think the suites are."

The current process is a cumbersome one. If you live in a neighbourhood that is not zoned for secondary suites, you have to go before council and apply to rezone your property.

"You have to sit in front of the mayor and council if you want to put in a basement suite for your grandmother," says Don Campbell, real estate analyst and investor. "That's pretty intimidating."

Secondary suites are not being considered citywide. Instead, there will be changes to permit secondary suites in some districts where they're not currently allowed. Council approved land use bylaw amendments that would allow suites in single-family homes located in wards 7, 8, 9 and 11. The wards were chosen because they're close to transit and downtown and because they have high living costs. As well, they have an abundance of illegal suites, as Ward 8 Councillor Evan Woolley explains on the city's website.

The inner city wards are generally older, and some districts within them are already approved for secondary suites. The amendments would allow for an additional 35,395 suites.

However, it's still far from clear sailing for homeowners if the amendments to the bylaw go through. It means they wouldn't have to go before council, but they would still need to obtain a development permit and then go through a public approval process, before obtaining a building permit.

"As a first step, council wants to see if we can make it work in those four wards," says planner Dane Morris, who's working on the amendments.

When it comes to secondary suites, the city is divided on the issue, he says.

"We have had a lot of feedback from both sides of it, and we have lots of Calgarians who support the idea of secondary suites, and lots who don't. And we have a group who are undecided, who haven't made their minds up yet."

While Calgary takes baby steps towards the broader legalization of secondary suites, other cities such as Edmonton, Regina and Vancouver have embraced the concept.

"Calgary is an outlier in this debate," says Brent Toderian, who worked in Calgary's planning department for six years. He's the former chief planner for Vancouver.

"For professional planners, secondary suites are a no-brainer when it comes to challenges in cities around issues of affordability, rental supply, more sustainable communities, social equity, carbon footprint and economic development, driven by people who work in service jobs. It's just good public policy, any way you look at it."

The population in many of Calgary's older neighbourhoods has declined by as much as 20 per cent, according to Mr. De Jong. Secondary suites create densification, which is a more sustainable and economic alternative to suburban sprawl, says Mr. Campbell, who is a major property investor in Alberta.

He's a strong advocate of secondary suites because they contribute to density in a province that's had two record years of population growth.

"In a city where the average income is $100,000, the service industry gets forgotten. This question needs to be solved," he says. "We need to densify and the easiest way to do that is through secondary suites."

In Calgary, condo sector bearing the brunt of the real estate downturn
March 6, 2015 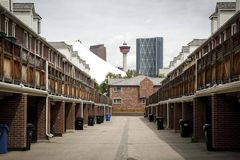 For Calgary builder, just another dip in the roller coaster
February 27, 2015 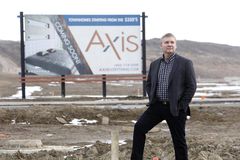 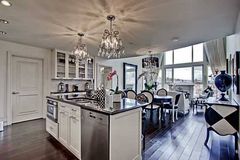