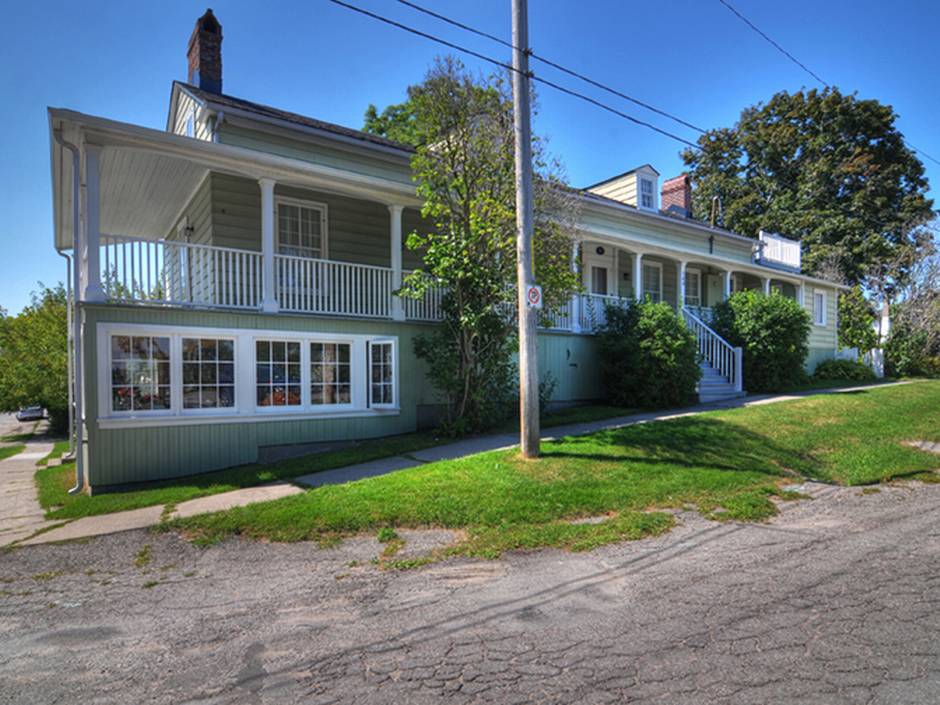 In a town of notable heritage homes, the 1 1/2-storey frame house at 168 King St. has been declared to be the oldest. It’s named for Elias Smith, a United Empire Loyalist who fled New York after the American Revolution. Records show Mr. Smith went to Nova Scotia and Montreal before he brought nearly 40 families to settle on the shore of Lake Ontario, where this circa 1800 clapboard dwelling still stands.

The current owners, Bo Malyczewsky and Susan Van Camp, have spent years restoring the house and delving into its history. The earliest details had been lost, Mr. Malyczewsky says, who spent so much time on research that he ended up on the board of directors of the Port Hope Archives.

During his investigation, Mr. Malyczewsky learned of a descendant of Elias Smith who had moved out of town. He tracked down Phyllis White’s phone number and called to see if she had any information she could pass along about her well-known ancestor or the house. 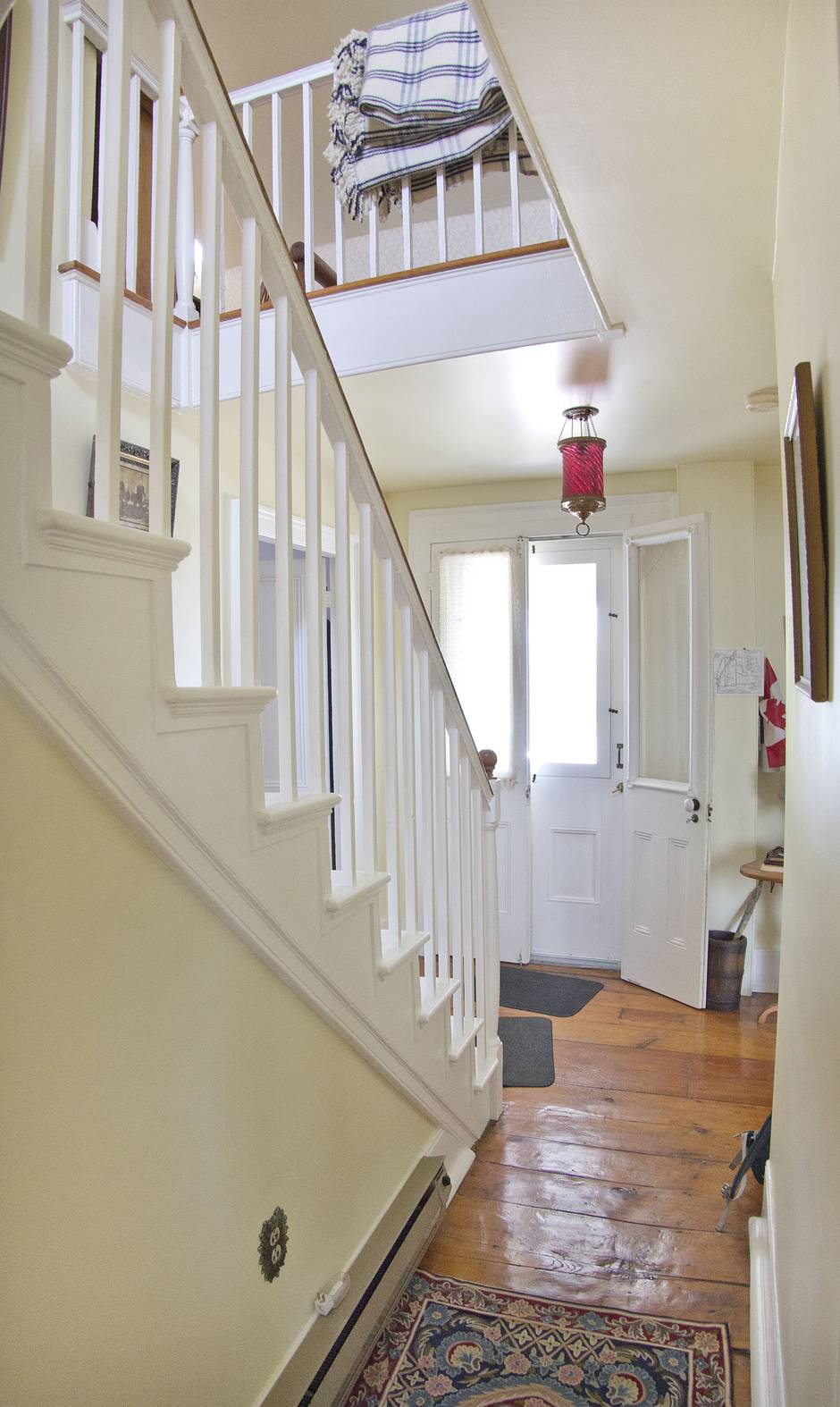 Mr. Malyczewsky pleaded with her to stop destroying the documents and to hand them over to him instead.

“I was there in about 40 minutes,” he recalls of his dramatic intervention. “Slowly we were piecing together this very old history that was gone.”

The couple went on to become good friends with Mr. Smith’s relative, who visited them often. Several years later she was thrilled when the citizens of Port Hope staged a re-enactment of Mr. Smith’s arrival by twin-masted sailing ship to the stretch of beach right across from the King Street house.

Mr. Malyczewsky says the documents show Mr. Smith was an entrepreneur who worked for the British Navy. In the late 1700s, he became one of the founding settlers of Port Hope after he petitioned the government for the land. The letters are so detailed, Mr. Malyczewsky says, he found the name of the carpenter who helped build the house. That fellow’s name was Collins, he says, and he arrived in 1799 to begin cutting the wood.

“The whole house has been made from red pine,” Mr. Malyczewsky says. “I think that’s why it’s lasted so long.”

Mr. Smith and his wife would go on to raise 12 children in the house. 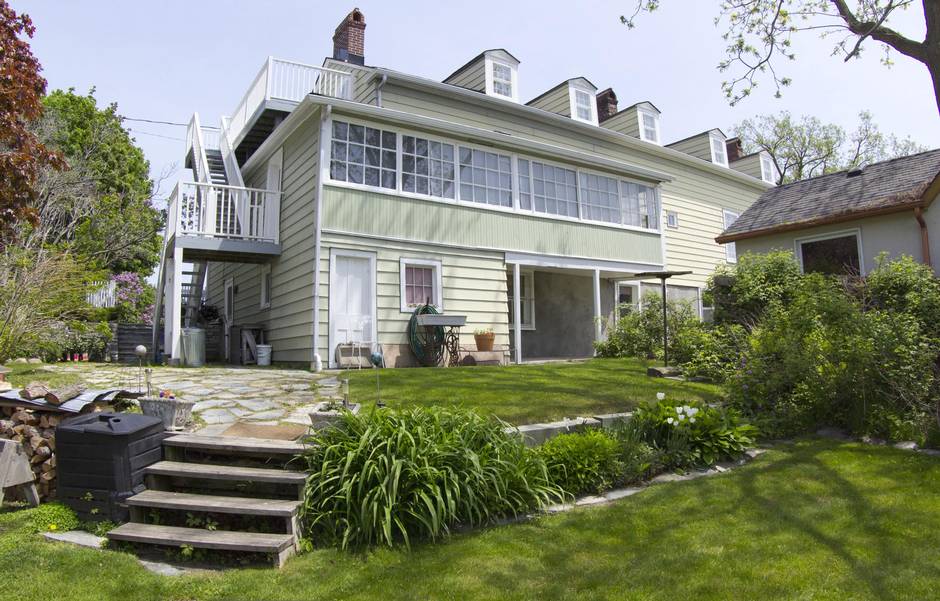 The folks at Heritage Port Hope note that the house is an excellent example of early Upper Canada architecture built in the Loyalist tradition. It’s built of post-and-beam construction, with a two-foot thick foundation built of beach stones. The wrap-around verandah, gabled dormers and the symmetrical placement of the windows are typical elements of Loyalist architecture.

Originally the historical data suggested the house had been built around 1829. But Mr. Malyczewsky found hand-forged rosehead nails that date to an earlier period. He believes the verandah was likely added around 1829 because those nails were cut by machine.

From about 1850 to 1870, the house was turned into Seager’s Inn, with rooms upstairs and a tavern downstairs.

The author Jane Urquhart once visited the house and described a building just like it in her novel Away, Mr. Malyczewsky says. Occasionally tourists come by, asking to see the house in the novel. The couple has also opened the doors several times for tours of the area’s historic houses.

“They were lined up down the street,” Mr. Malyczewsky says. “We had to repaint the stairs, there were so many people through.” 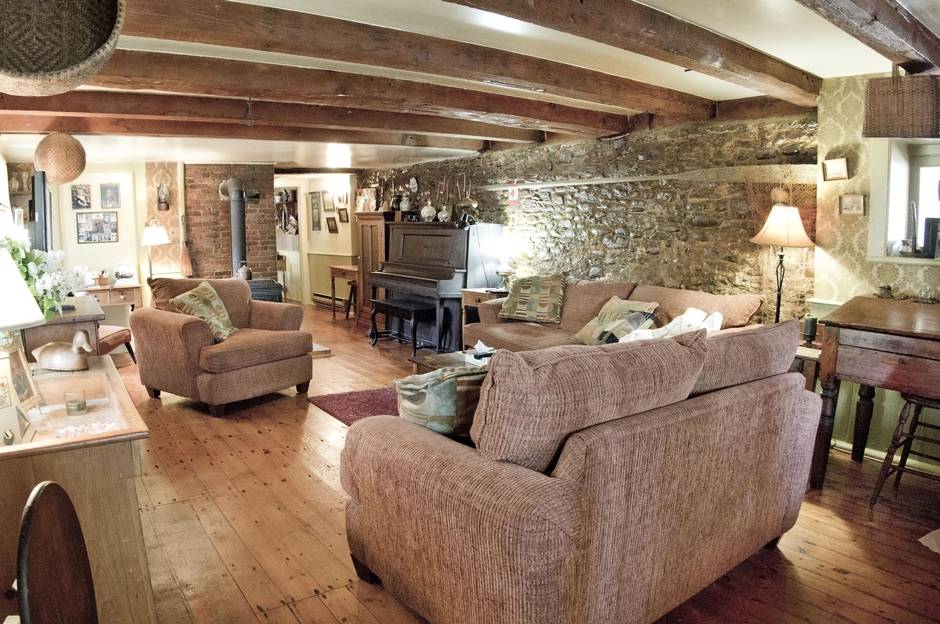 Mr. Malyczewsky notes that not many Eastern Ontario framed houses have survived from that period, and even fewer would have belonged to a town’s founder. When the couple purchased the house in 1976, it had been partitioned off into a rooming house and allowed to fall into disrepair, he says.

Guests who climb the wooden steps to the verandah arrive to a front door and central staircase. There’s a large formal living room that would have been the house’s original dining room, Mr. Malyczewsky says. 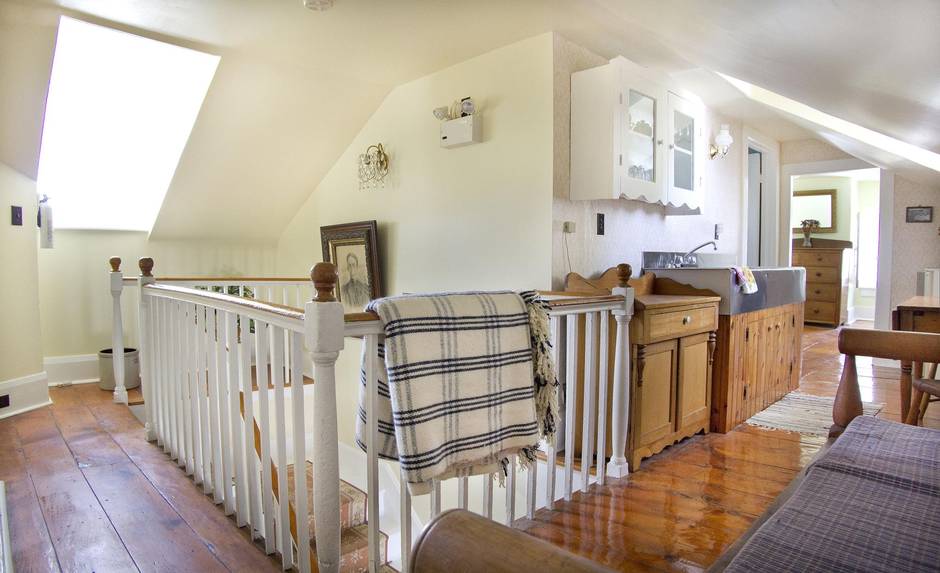 The couple’s master bedroom on the main floor likely served as the office in early days, he adds.

While the windows had to be replaced, most of the wide plank pine floors are more than 200 years old, Mr. Malyczewsky says.

The kitchen is still located on the lower level, just as it was originally. The stone walls and beamed ceiling are still intact. Ms. Van Camp’s mother located a spot that she thought might be hiding a fireplace. Mr. Malyczewsky broke through the wall and found there was indeed a fireplace dating to 1799.

He fixed the brick, added a mantle and got the historical fireplace working again.

Another basement room was likely used as storage when the house was first built, Mr. Malyczewsky says, but today it serves as a living room. It opens to a sunroom facing the lake. 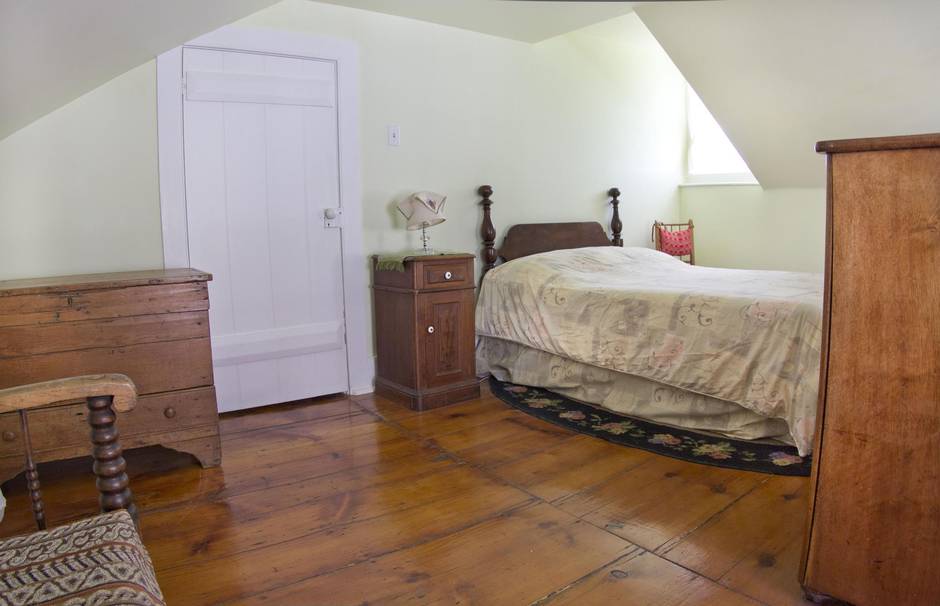 Upstairs, three bedrooms and a bathroom accommodated visitors for about 18 years when the couple operated it as the “Canada House” bed-and-breakfast. The home’s position at the foot of King Street meant guests could just cross the road to the beach.

Ms. Van Camp points out that the simple trim on the staircase and mouldings is characteristic of Ontario architectural details at the time. Embellishments on buildings and furniture in Quebec and Nova Scotia tended to be more ornate, she says. 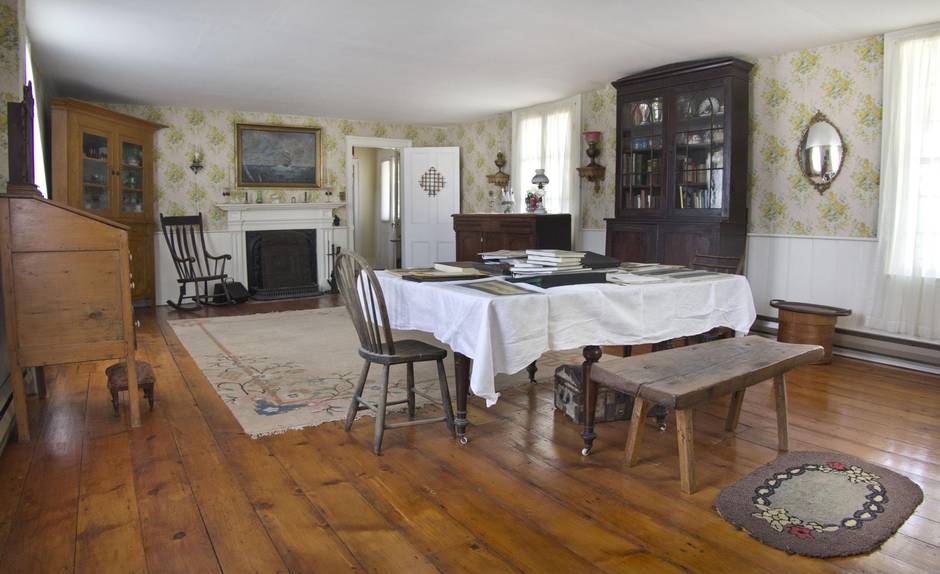 Mr. Malyczewsky points out that the three levels of the home have lots of light coming in from the south. The lowest level is also above ground.

“This place was designed when there was no electricity so it’s very bright.”

The couple have furnished the house with antiques that fit well with the long history. 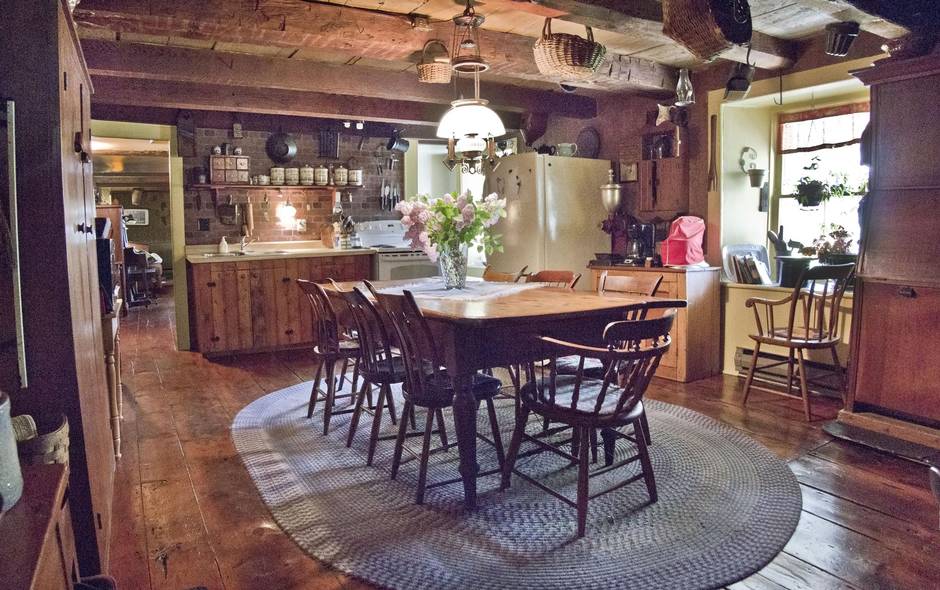 The wrap-around verandah with square columns is one of the most distinctive features of the house, says Mr. Malyczewsky, who had it rebuilt to match a photograph of the house taken in 1878.

The verandah provides a good vantage point for watching the water year-round, but especially when autumns storms roll in, the couple say.