For a realtor trying to survive the currently sluggish market, there might be no sight as disheartening as that of the unyielding feng shui master who shows up with the buyer to assess the property.

The master, is, after all, probably going to get the last word.

The ancient Chinese practice of feng shui, which is, roughly, about creating a harmonious environment, can have a major impact on a sale in the Lower Mainland. Feng shui master Johnson Li knows all about that, having shot down many a potential purchase.

Mr. Li has been a feng shui master since arriving in Vancouver 20 years ago. He divides his time between the Lower Mainland, Hong Kong, China, and places like Victoria and Seattle, where he's called upon to assess homes for occupants or would-be buyers.

Feng shui got plenty of media attention in the late 1980s, when a wave of Taiwanese buyers was purchasing and renovating properties based on the system. Today, it's still alive and well and has spread beyond the Chinese demographic, with devotees from other cultures opting to let feng shui guide their choices.

Mr. Li acknowledges that he is one of the most expensive feng shui masters in Vancouver, but his rate is even higher when he works in China. Here, he charges $8,800 to assess commercial properties; $3,800 to assess houses, and $2,800 to assess apartments. His fee is not to assess only one property for a client, but rather, as many properties as necessary until he finds one with good feng shui. He says that he once rejected more than 100 listings until he settled upon an appropriate house, which must have been an interesting situation for the buyer's realtor.

The practice is not limited to Chinese buyers, says Mr. Li. He has clients who are Caucasian and East Indian. In Surrey, a Polish family requested his help when they couldn't sell their house after six months without action. After his recommended changes to the house, he says they sold two months later.

Patricia Coleman is a feng shui practitioner who caters mostly to a non-Chinese demographic in Vancouver. She has guided homebuyers and has "feng shui'd" houses to make them easier to sell.

"I have a lot of western clients," she says. "It's not just about trying to sell a house, but making the right decision. It's a huge purchase. You need to ask, 'Is it the right one?'

"Every culture has an understanding of placement and energy."

Faustina Kwok, who lives in Richmond with her naturopath husband Martin, says their new house was built according to feng shui principles that she believes will increase its value. They also "feng shui'd" her husband's clinic. However, when it came to the house, she wasn't willing to forgo a good floor plan and flow for feng shui, Ms. Kwok says. She'd been inside "feng shui'd" houses that felt odd because the flow was off. But she was willing to move the driveway, and add a partial wall so that the master bedroom wasn't in direct view of the front door.

"We just did the big modifications, like where the toilet shouldn't be," she says. "You don't want to flush your fortune away. At least I take comfort knowing my toilet is not in the wrong place," she says, laughing.

Although growing in popularity, it's still a largely misunderstood practice, says Mr. Li. Some people think that the popularity of an address that includes the number eight is feng shui, but that's more about superstition. Feng shui grew out of something far more practical, he explains.

"It is the art of looking at places that are safe or not, gauging whether they are a habitable place," he says, seated in his Kingsway office, surrounded by his extensive library, a translator at his side. "Feng shui means the study of surroundings."

Mr. Li has stopped the sale of many houses, and he's witnessed attempts at feng shui by builders who were shrewdly, or naively, anxious to appease the Chinese market. Mr. Li explained how he once kiboshed the sale of a newly built home in West Vancouver. The builder had hired another feng shui expert to help design the house, which included a giant vertical aquarium as well as an indoor Koi fishpond. Mr. Li took one look at the aquarium and pond and gave a thumbs-down on the pricey property. His clients took his advice and walked. The builder was so furious, he says, that they asked him to put his reasons in writing.

As he poured another round of green tea, he explained that it's a basic feng shui principle that you don't want water above your head. As well, a Koi pond inside a house is not a good thing, he added.

When asked to explain, Mr. Li chuckled and said, "Because it will smell like fish."

As for the feng shui practitioner who'd allowed such missteps, he explained that unfortunately, because so many consumers want instant and easy answers, there are a lot of unscrupulous practitioners who don't know what they are doing. He doesn't like doing assessments for developers and realtors because "they use him to make money."

He recalls a realtor slipping him a red envelope as he was doing his assessment. The envelope was stuffed with a substantial amount of money, which he later turned over to his clients.

Emily Lo says she trusts Mr. Li for all her real estate purchases, even if it irritates the realtors, who often try to persuade her to use Mr. Li's report as one of the subjects to sale. However, she'd prefer to get his opinion upfront, after the initial walk-through.

"He has the power of veto, and if you are paying that amount of money, you are going to trust what he says."

Gastown realtor Ian Watt says the issue of feng shui comes up about once a month.

"A lot of my Chinese clients are really big into that," he says. "It's amazing, because it does affect real estate for a certain demographic. Everybody over 50 cares for sure."

He has a client with a condo on Pacific Boulevard currently on the market, and the client refuses to let him close the window during showings.

"It's on Pacific Boulevard, which is very noisy. The traffic sounds don't help," he says. "They want the window open all the time, and it's something to do with feng shui."

Anna Chen, who co-owns the unit with fiancé Dan, can explain. Her uncle is a feng shui master who visits from Taiwan, and he told her to keep the window open in order to sell the unit. Ms. Chen, who is 32, said that she was reluctant to believe in feng shui throughout her 20s, but now that she's older, she's starting to see its value.

"I think it helps. I've seen it help. So that's why I asked my uncle to help me to sell the place, and also to help us buy the next place. Now, when we go to a new condo listing, sometimes I ask him to come with me. He told me the direction of the entrance and everything will affect health and fortune, how much you can make, or are you going to lose."

A Vancouver condo revs up the neighbourhood
August 27, 2012 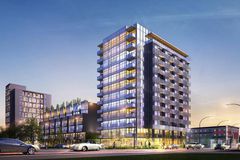 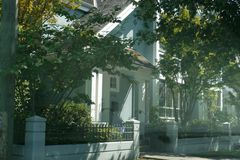