Billed as Paradise and backed by Chinese investors, a proposed massive residential and commercial development in Niagara Falls is at a standstill amid wrangling over protecting sensitive wetlands.

The conflict has pitted the land developer and the city of Niagara Falls, which promote the project as a source of much-needed jobs, against the provincial government, whose biologists have increased the amount of swampland shielded from development.

Some of the project's backers, which include the real estate fund of a state-owned Chinese investment company, are re-evaluating their commitments because of the delay, said a spokeswoman for developer GR (CAN) Investment Co. Ltd., an arm of China-based GR Investment Group.

For subscribers: Forget nationality: It's what foreign investors do in Canada that matters

"It is true that some investors are reconsidering their investment, but not GR (CAN)," said Cynthia Lai, a Toronto-area real estate agent. "Every day, we're looking for investors. This is a huge project. … We don't have trouble finding anybody."

GR (CAN), which bought the parcel of land beside a golf course two years ago, initially expected to receive municipal zoning approval for the development last summer and to break ground in April of this year. Officials estimate the master-planned community called Paradise would attract 3.5 million visitors a year and directly create 2,800 jobs.

Instead, the project has snagged as provincial government ministries appear to struggle with competing and potentially conflicting interests relating to the project, observers say. While the development would boost the area's sagging economy and increase residential density – key government goals – the land includes provincially protected wetlands along with endangered and threatened species.

Niagara Falls Mayor Jim Diodati asked Premier Kathleen Wynne – who witnessed the signing of the project's memorandum of understanding during a trade mission to China in 2015 – to appoint the government's land and development facilitator to resolve the logjam earlier this year. The government denied the request. A spokeswoman for the Minister of Natural Resources and Forestry said the province encouraged the city and region to work with provincial staff.

While the city of Niagara Falls is responsible for approving the development application, its decision must be consistent with government policies relating to provincial interests, such as natural heritage.

At the time GR (CAN) bought the land, 201 acres of the total 484-acre property in an area known as Thundering Waters were designated as provincially significant wetlands. However, scientists from the Ministry of Natural Resources and Forestry increased the total protected wetlands to 235 acres last fall. Additional land is required for setbacks, or buffer zones, around the swampy areas, which are spread throughout the parcel of land.

Mr. Diodati said the move was unfair and the additional wetlands designation should not be allowed to stand.

"The rules are changing as the game is being played out," he told The Globe and Mail in an interview. "We're frustrated because it sends a very mixed message to the development community and specifically when we're trying to bring in international investment."

A determination of how much land on the site can be developed has not yet been made. GR (CAN)'s consultants are working on environmental impact studies required by the province. The company hired lobbying firm StrategyCorp to drum up government support late last year, according to the province's lobbyist registry.

If the result is that the proposed development is no longer economically viable, Ms. Lai said the company should be compensated. "Then somebody needs to buy all those lands … to be fair, don't you think?"

In GR (CAN)'s tentative wetland protection plan, board chairwoman Helen Chang, a former state planner in China who retired in Toronto, cast doubt on the future of the site's existing swamps, saying some areas were completely dry and had been "distorted seriously." She added: "If we don't take any steps, the wetland will disappear after several decades!" The company has proposed enhancing the wetlands with an underground recirculation system that would pump water from the Welland River.

The firm's plan came after intense local controversy about biodiversity offsetting, a pilot project that would destroy several acres of wetlands and recreate them over an area three times as large. The idea was proposed by the Niagara Peninsula Conservation Authority and supporters of the development. Local environmentalists denounced it as junk science that would destroy the historic wetlands. Under new leadership, the NPCA has since disavowed the approach and Ms. Lai said GR (CAN) was "dragged" into the offsetting debate.

Opponents of the planned development say they are against it for environmental reasons but acknowledge they are also upset about the involvement of a foreign company.

"There's an increased amount of emotion when you find out that they're actually selling this land to foreign developers to come in and develop what we Canadians, most of us, hold so sacred and so valuable, and that is these spaces that have been designated by the province as having a high value," said Ed Smith, a retired air force officer. 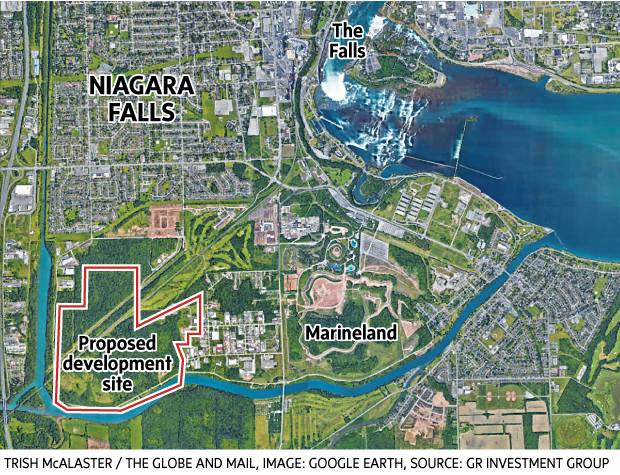 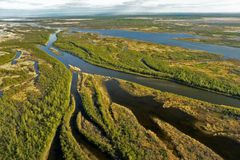 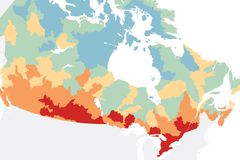 Key wilderness area on Lake Superior to be preserved
March 29, 2017
Follow Jill Mahoney on Twitter @jillsmahoney
Report an error Editorial code of conduct
Due to technical reasons, we have temporarily removed commenting from our articles. We hope to have this fixed soon. Thank you for your patience. If you are looking to give feedback on our new site, please send it along to feedback@globeandmail.com. If you want to write a letter to the editor, please forward to letters@globeandmail.com.
Comments