If reality TV shows were any guide, with a little elbow grease and some spare cash, a property flip can generate a tidy profit.

But is it such a great idea in unaffordable Vancouver? Judging by the feedback I got from builders, realtors and experienced flippers, not so much. The days of flipping appear to be over for anybody who is not brave of heart or connected to the industry.

Not so many years ago, you could buy a fixer upper, invest a few thousand and flip the property a year later.

"My husband and I flipped a bunch and it was fantastic," says real estate agent Marni Tritt. "We did five in a row within seven years. But we haven't done it for five years.

"There's nothing to flip, the inventory is so tight," she says. "Everybody wants to flip in the same area, in the Main to Knight Street corridor. And unfortunately, the inventory is very tight right now. That's why people are paying top dollar."

A couple of different scenarios are playing out in the Vancouver market, particularly on the east side, where houses are more affordable. If it's a single-family dwelling zoned for duplexing, it's snapped up by a builder who can duplex the house and add a laneway house out back. The other common scenario sees the property purchased by a young family at a premium rate. If they have an income generator, such as a basement suite, that owner will either hang on to the house and fix it up, or tear it down and start over. In a city where the houses are almost worthless compared to the land, the math doesn't make sense to do flips anymore.

"They are snapped up by builders or people who've missed the boat so many times by multiple offers," says Ms. Tritt. "By the time I get on MLS [multiple listing service] and call for an appointment, the house is gone."

Real estate agent Keith Roy is seeing a lot of young families chasing after single-family houses on the east side. The prices are so high in the house market, he's seeing builders backing off. On the east side of the city, there are still a few houses listed below the $1 million mark. Agents refer to that geographical boundary as the "the $1 million line." That line is getting pushed further and further east of Main.

"In Vancouver, the problem is adding value to a structure where the value is in the land. Even with a brand new house, the structure is worth less than the dirt.

"It's easy to flip in places like Arizona. You put a coat of lipstick on a house and make money because the land is worth less. If you add value to a house where the house already has actual value, flipping is a success."

Builder Randy Kautzman is an experienced renovator and even he got caught recently in a doomed flip.

"I know exactly what it's like to be holding on to a property that you don't want," says the condo renovator, who has 20 years experience in the industry.

"You may break even, or you may make a couple of thousands dollars, but you won't make money off these flips. This is how it's going for 99.9 per cent of people I know. With the cost of property, and labour and materials, and the land transfer tax and real estate fees, you make nothing."

"They tear them down on a daily basis, then build them, and then they sit. You can lose your shirt. You can go bankrupt. I have known quite a few to go out of business, then they try to get a job with us. Because they are competing with so many contractors, the profit margin is only 7 per cent. I would say 60 per cent of the houses I see driving around are still sitting empty after three years with for-sale signs on them. That's a lot of money to be carrying.

"Ten years ago, you could make a killing at this. But now, all those properties have been bought up and the market is basically saturated."

Builder Lloyd Kinney says prices are so high that anybody who's flipping in this market is most likely compromising on quality.

"Unless you are cutting corners, there is no margin involved," he says. "To do it right you need to spend the time and money when constructing the product, and that costs money. So your bill goes up in development."

Mr. Kinney and his wife, a designer, tried flipping houses several years ago. Their last house, in Richmond, took a year and a half to sell. Because they got the land for a low price and he did the construction, they could afford the carrying costs. Still, the return on investment proved too low. It's more risky for builders to attempt a flip because they might not be able to live there and make it their principal residence if all else fails, he says.

"After that, we decided to just deal with customer clients because of the risk."

A lot of Vancouverites only remember the heyday of flipping, which was only a few years ago. But flipping properties has always had an element of risk. In the early 1980s, Robin Mulhern was so buoyed by a couple of successful flips that he expected to retire at age 25. "I thought, 'whatever I buy will go up by 50 per cent immediately,'" he remembers. "I was so young and stupid, and I'd never experienced a crash before."

No sooner had he invested in a Kitsilano penthouse than the market nose-dived. Interest rates skyrocketed. He lost $100,000 overnight and took years to rebuild. A bad flip can have devastating consequences.

"I couldn't imagine doing it today."

Ms. Tritt says she's not done flipping just yet. She sees pockets around Vancouver, such as Mount Pleasant or False Creek, that still offer some promise. As well, the old Vancouver Specials offer renovation possibilities due to their practical layouts. It's easy to retrofit a Vancouver Special with an above-ground downstairs suite. "The more disgusting they are, the better," she says of the ones she searches out for her clients.

But as her own sideline, she's going to take a crack at flipping apartments. She wouldn't advise the average person to give it a try in this market, however.

"I think you have to have connections. You have to have a formula. Because who can afford to take that risk, really? It takes guts, at these prices. I'm out there every day, as an agent. I have contacts. I can keep costs down. I'm realistic — if I can make $60,000 on flipping an apartment, I'm happy.

"It's do-able," says Ms. Tritt. "It's just buying the right product and having realistic expectations."

And a contingency fund if all else fails — because it could. 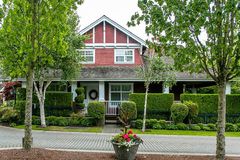 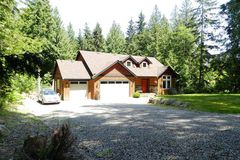 Vancouver learns how to make an old house pay
November 14, 2014
Follow Kerry Gold on Twitter @goldiein604
Report an error Editorial code of conduct
Due to technical reasons, we have temporarily removed commenting from our articles. We hope to have this fixed soon. Thank you for your patience. If you are looking to give feedback on our new site, please send it along to feedback@globeandmail.com. If you want to write a letter to the editor, please forward to letters@globeandmail.com.
Comments