Despite a pall of negative data that hangs over the Calgary residential real estate market, people looking for homes in the most affordable segment may still find themselves in a seller's market.

Mike Fotiou, associate broker with First Place Realty, says the oil slump has hobbled sales of homes in the luxury bracket, but short supply of homes at the lower end of the market has propped up prices.

"Detached homes priced under $450,000 are in a seller's market with less than one month's supply," Mr. Fotiou says, quoting Calgary Real Estate Board statistics. "There is over four months' supply for homes in the $700,000 to $1-million range," he says.

CREB says Calgary residential sales over all are 25-per-cent lower than in 2014 and homes are staying on the market for nearly twice as long, with an average listing time of 40 days.

Don Campbell, senior analyst with Real Estate Investment Network Canada, says that, while in other segments of the market buyers may seem to have the upper hand, caution has so far kept them from actively entering the fray. He points to continuing uncertainty in the oil industry and the new NDP government as factors.

"Neither of these situations are providing clarity to the market," Mr. Campbell says.

"Which means, even though there is a buyers' market environment forming, there is still a lack of actual buyers willing to rush into the market at this time."

While listings from earlier in 2015 begin to expire, many sellers are hesitant to lower their asking price, though Mr. Campbell notes recent signs of flexibility in the luxury market.

"There is still a lot of uncertainty in oil and gas, which is a higher-paying sector, so it's understandable that homes in the upper-price brackets aren't performing as well as entry-level homes," he says.

He says there was a burst of panic listings early this year which has since trailed off. "New listings have pulled back significantly, but it will take some time to chip away at the inventory that built up earlier this year," he said.

Perhaps the more surprising element in the Calgary market is the buoyancy of the resale-condo market.

In his blog, Mr. Fotiou points out that many recently sold condos saw at least some degree of appreciation since being previously sold on MLS, with many experiencing significant growth.

Jasmine Naidu, 28, decided in April that she would rather purchase an apartment than rent, and has been in the market for a one-bedroom inner-city condo for the past two months.

"I was looking at anything under $250,000, but recently I brought that maximum down to $230,000, because I noticed that the prices are constantly dropping," Ms. Naidu says.

According to CREB, average selling prices for resale condominiums have remained fairly steady since 2014.

However, the number of condo listings in the city has risen by 20 per cent, and the number of days on the market has increased by a staggering 45 per cent.

With low mortgage rates and an increase in inventory, Ms. Naidu is taking her time and looking for the perfect home. According to Mr. Campbell, buyers across the city are taking the same stance.

"Buyers have the luxury of being patient right now, so many are waiting," he says.

"The market is finally starting to see the new reality and a select group of sellers in mid- and lower-markets are beginning to move their prices accordingly."

Mr. Fotiou cautions against forming an impression of the market based on broad statistics. "Buyers and sellers need to focus on market conditions in their specific community and price point," he says. "General market statistics that encompass the entire city aren't always applicable in everybody's situation."

But Mr. Campbell suggests that, with a high number of listings in Calgary and few active buyers, the market will remain moribund, which he believes will not end until economic clarity and strength returns.

"If sellers truly need to sell their homes, they will really have to market their properties, not just stick out an MLS sign and hope for the best," Mr. Campbell says. "There are a lot of listings they are competing with, so marketing and realistic pricing are going to be critical." 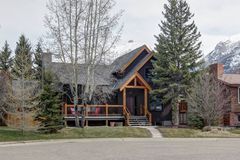 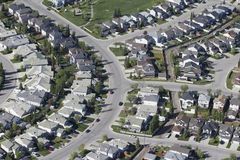 Working with nature on a country-residential enclave north of Calgary
June 5, 2015 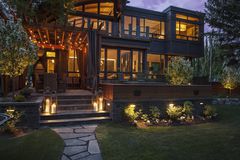