They purchased the three-unit brownstone, in the up-and-coming area of Bedford-Stuyvesant, for $725,000 (U.S.), by re-mortgaging their Vancouver house for around 80 per cent of its value. Because the Brooklyn property will bring in rental revenue of $7,000 U.S., their mortgage and other expenses will be more than covered.

Full disclosure: I've known these guys through friends and media connections for a number of years. They are a perfect example of Vancouver buyers who were initially reluctant to jump into the market, but once in, soon embraced the seemingly endless ride, as, year after year, the value of their home climbed. They were smart, or lucky enough, not to lock into a five-year rate, but instead went with a variable rate so low that they rapidly paid down a hefty chunk of their principal. It meant they were sitting with a lot of equity, and they became eager to use it towards another purchase.

You won't hear the Suze Ormans of the world advising consumers to mortgage one's home to the max. Most every money expert will tell the average middle-income earner to pay down the mortgage, not borrow further on it.

Mr. Hynes and Mr. Hunt had almost paid off their Vancouver home but chose to mortgage it to the max so they could own the brownstone clear title. I spoke to a few Century 21 realtors in Vancouver and Toronto who help clients liaise with realtors south of the border, so they can work their way into the U.S. market. When I ran the idea of maxing one's mortgage to make a U.S. purchase possible, the realtors weren't so sure they'd personally go that far.

Mr. Hynes and Mr. Hunt say they have already endured shocked reactions from friends, of the "are you crazy?" variety. But the couple regularly travel to New York, and one day, when they've paid down the mortgage, they will reserve one of the small suites for themselves, as a pied-à-terre.

Says Mr. Hunt: "What's interesting is when you go to New York and you're doing what we're doing, you see it's as normal as can be. There are people from all around the world purchasing real estate, and being entrepreneurial about it.

Mr. Hynes and Mr. Hunt aren't alone in their quest for U.S. real estate. Overall, foreign purchases of U.S. properties have gone up 24 per cent in the last year, according to a recently released report by the American National Association of Realtors (NAR). Canadians are, by far, the greediest buyers. We account for 24 per cent of the foreign sales stateside in the last year. Meanwhile, the second-biggest buyer, China, is responsible for 11 per cent of sales. Toronto realtor Paul Indrigo said he relies on such stats to help Canadians find properties in popular hot spots in Florida, California and Arizona.

But it's not a straightforward process, purchasing an American investment or holiday property that's nowhere close to home.

If Mr. Hynes and Mr. Hunt want to renovate, which they do, their property management company will have to hire contractors. To do the work themselves would require a work visa. As well, non-residents of the U.S. are expected to pay a 30 per cent withholding tax on gross rental income – unless, of course, they find an accountant who can help them file the forms that will save them from having to take such a hit. Fortunately, there are local accounting firms who've become expert in U.S. tax laws and one of them, a Surrey firm, helped guide the way for Mr. Hynes and Mr. Hunt.

"There will be challenges every step of the way," says Mr. Hunt. "Taxes are huge. Expenses are really high. Insurance is high. Water has to be paid for separately. We have to budget for maintenance."

And the vacancy rate isn't the same as Vancouver, adds Mr. Hynes. In an up-and-coming neighbourhood like Bed-Stuy, they say demand is so much lower that people might not show up for an open house on a rainy day.

However, compared to Vancouver, the New York market is a breeze, says Mr. Hunt.

"We spent two years looking for a house in Vancouver, and the fact that we survived a sellers' market here meant we didn't freak out about the New York purchase.

"The market in Vancouver was way more intense." 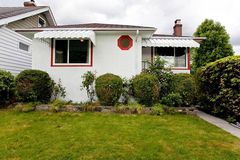 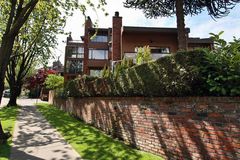 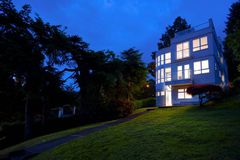