Shares of Home Capital Group Inc. were on a roller coaster this week after a popular investor website accused the company of hiding losses by selling bad mortgages to a firm run by one of its board members.

A report posted by someone identifying as a Home Capital short seller called "The Friendly Bear" on the website Seeking Alpha on Tuesday highlighted more than a dozen mortgages that Home Capital transferred last year to a mortgage brokerage called Re-Charge Corp, based in Ancaster, Ont.

One of Re-Charge's directors is William J. Walker, a partner in the Hamilton office of law firm Gowling WLG. Home Capital appointed Mr. Walker to its board as an independent director last November.

The post's author alleges Home Capital should have disclosed its financial dealings with Re-Charge and Mr. Walker. "Our hypothesis: Home Capital Group does not want anyone to know that a company owned by one [of] its purportedly independent board members is taking defaulted loans off their books," the posting states, adding "that the only logical reason a growth-starved lender would transfer loans off balance sheet is to hide non-performing loans."

Home Capital, which operates through its subsidiary, Home Trust, issued a statement Wednesday confirming it had sold roughly $125-million in loans between 2013 and 2015 out of a portfolio of $18.1-billion mortgages to "third parties," including Re-Charge. The company said it properly accounts for any losses in its public filings and had stopped doing business with Re-Charge last September, two months before Mr. Walker was appointed to the board.

"Home Trust, in the normal course of its business, from time to time sells loans to third parties, when loans require workouts or restructurings," the company said. "All loans sold to third parties are accounted for, with any losses reflected in writeoffs for the related period."

Company executives and Mr. Walker declined an interview request. No one from Re-Charge Corp. responded to an e-mail or voice-mail message left with the company's office.

Home Capital spokesperson Phoebe Buckland said the lender typically looks to offload delinquent mortgages if they involve complex deals that their own staff can't work out themselves. The mortgages are usually sold at a discount or sometimes at face value to buyers who included Re-Charge. "The idea is that they like to keep all the loans they can, but if it is something unusual, they would look to sell," she said. Loans sold at a loss are accounted for as a reduction in the company's profit.

According to a 2005 Globe and Mail profile, Mr. Walker's Hamilton law office headed up Gowling's Recovery Services Group, which specialized in collecting on mortgages, consumer and small-business loans for dozens of financial institutions across Canada.

Corporate filings show Re-Charge has been in existence since 2007. Its directors are Mr. Walker, Gowling lawyer Mark Tamminga and retired lawyer Robert Wilkins. In a 2011 lawsuit involving a Toronto couple whose mortgage had been transferred by Home Capital to Re-Charge, Home Capital described Re-Charge as "a firm that acts on behalf of Home Trusts' default management accounts."

The Seeking Alpha report sent share prices plunging by 6 per cent, or $2, to $26 on Tuesday, though it had almost fully recouped the losses by Wednesday afternoon.

Analysts, however, largely shrugged off the news.

"While we would still like to understand the company's rationale for conducting these types of loan sales, we believe today's release should give investors greater comfort around potential loan sales practices and implications for HCG's earnings growth profile," Royal Bank of Canada analyst Geoffrey Kwan wrote to clients.

In a note to investors, Laurentian Bank of Canada analyst Marc Charbin said the Seeking Alpha report was "inflammatory in nature and omitted material details" and that he didn't believe Home Capital was required to disclose Mr. Walker's past financial dealings with the lender.

Home Capital's practice of selling defaulted mortgages was not widely known among the company's investors, Mr. Charbin said in an interview. But financial industry insiders not working for Home Capital had described it to him as a routine occurrence.

"The practice of selling loans isn't something new or surprising," National Bank Financial Inc. analyst Jaeme Gloyn said. "That should be on the investors' radar and reflected in the stock price performance today."

Even so, the Seeking Alpha report will do little to boost investor confidence in the company, which has been a popular target of short sellers as one Canada's largest lenders catering to less credit-worthy borrowers who don't qualify for conventional bank loans.

Home Capital's stock price has declined by more than 30 per cent since last summer, after the company disclosed it had cut ties with 45 brokers over allegations that they had submitted mortgage applications with falsified income documents. Last month, the company said it is now 90 per cent through a review of the suspended brokers' mortgage files and found "no unusual credit activity."

Mr. Gloyn said the company was already facing a dimming outlook for growth as it struggles to rebuild its business in the wake of its broker-fraud investigation, including the launch of a strategic review that could see the company shed some of its non-core assets.

This Canadian REIT is most-shorted company in North America
July 27, 2016 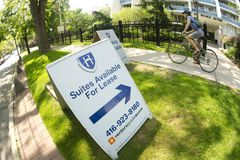 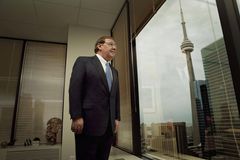