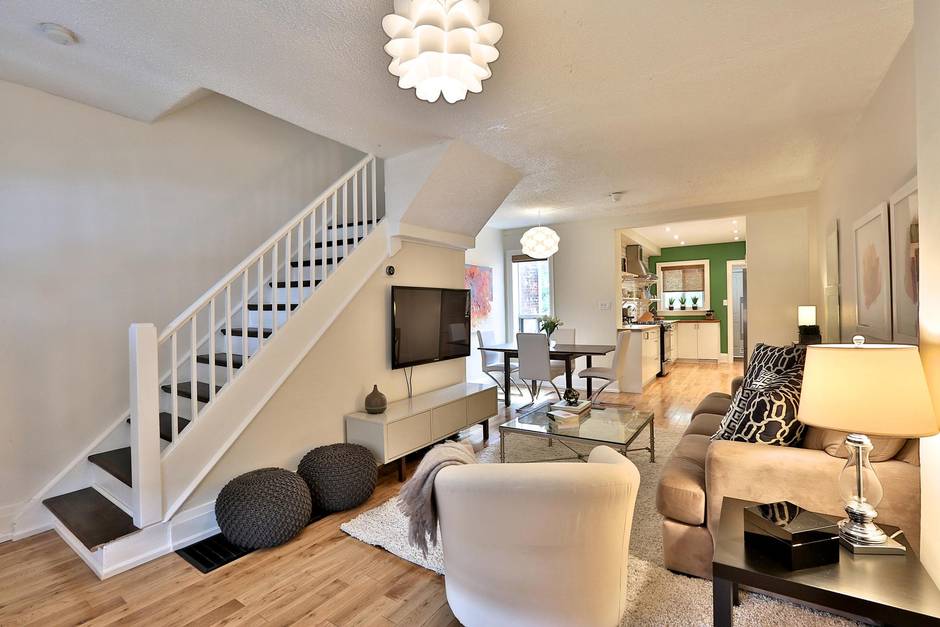 In 2012, Jenn and Mitch Darragh were undertaking a ritual of adulthood: buying their first property.

The couple were to be married that fall and Jenn wanted out of her parents’ house. “We kind of rushed into buying a house,” Mr. Darragh said.

But the search was sobering. Originally, the couple had aspirations of buying a freshly renovated home in Toronto’s Bloor West Village or Junction neighbourhoods. “We would have had to be house poor if we had bought one of those,” Mrs. Darragh said.

But after five house tours, they started to move north to Earlscourt – near St. Clair Avenue West and Old Weston Road – which is where they found 178 Silverthorn Ave. 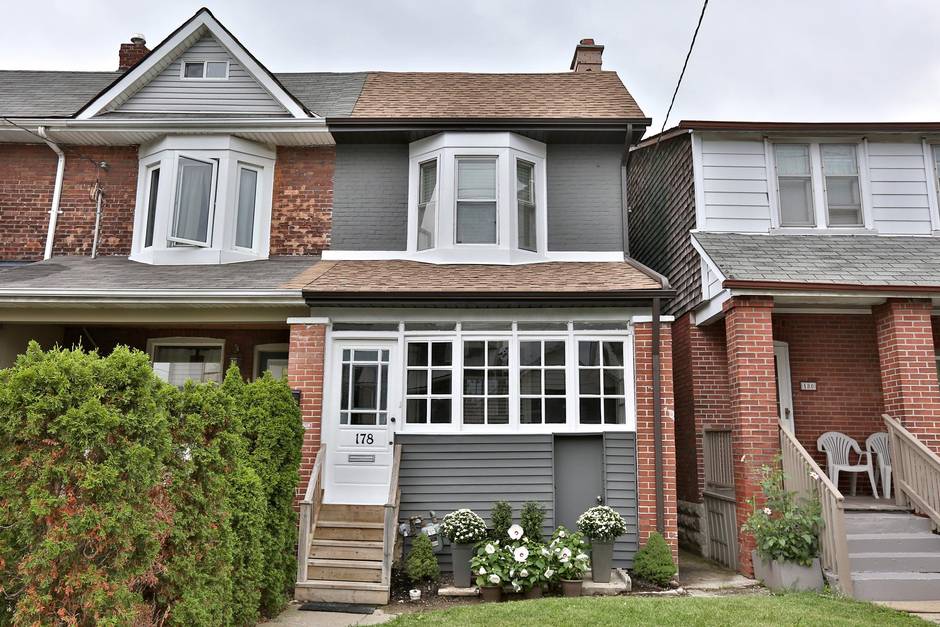 Earlscourt is one of the up-and-coming pockets of the city where first-time buyers can acquire something other than a condo. But one of the reasons why the prices are still in the realm of affordability is because the segment of St. Clair Avenue, west of Caledonia Road is still largely undeveloped.

But like the main strip, the semis on the surrounding residential streets have a lot of potential if you can see past their rough exteriors. As such, go-getter couples, such as the Darraghs, are investing in the area. 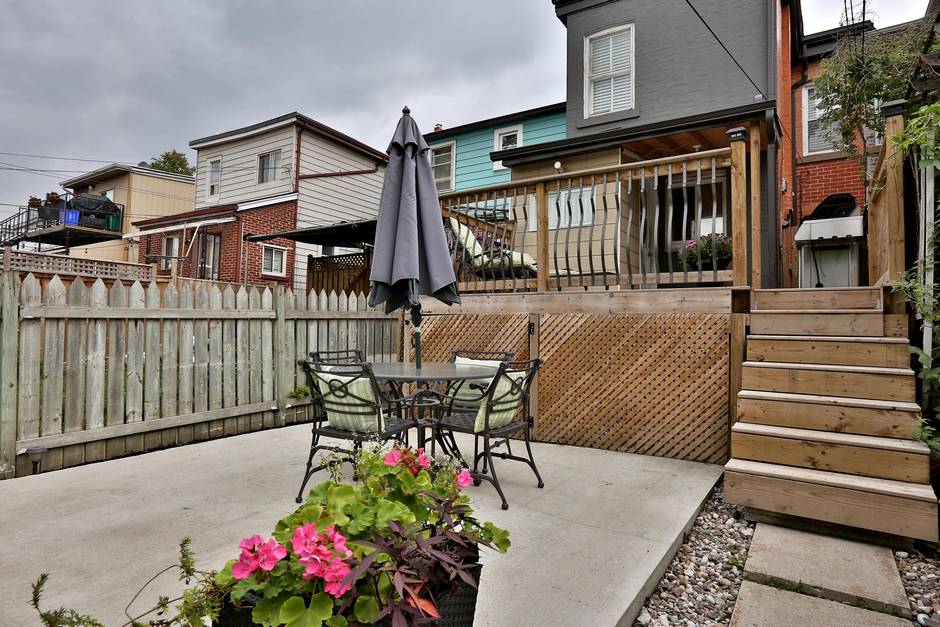 “Jack and I have sold four houses in this area in the last 12 months and all of them to new families and young professionals,” said Jamie Kinnaird, one of the Darraghs’s real estate agents.

But when you buy a diamond in the rough, you need to put in a lot of elbow grease to make the home really sparkle. So over the next three years, Mitch and Jenn undertook three major renovations.

The first change happened within the first two months. Mr. Darragh tackled the second-floor bathroom and the basement, which was called the “dungeon,” with a few of his friends and family.

“Mitch’s work has been called ‘cowboy construction,’” Mrs. Darragh joked. “He just got all of his friends together and they just started taking stuff down. So, like a million cans of beer later and a bin full of stuff, everything was gutted.”

Originally, the upper floor was one large space without much privacy for the washroom. But after two months, it was transformed into two rooms – a master and a nursery – with a long hallway, featuring dark chocolaty floors, that snakes around to a modern, finished bathroom at the back of the home. 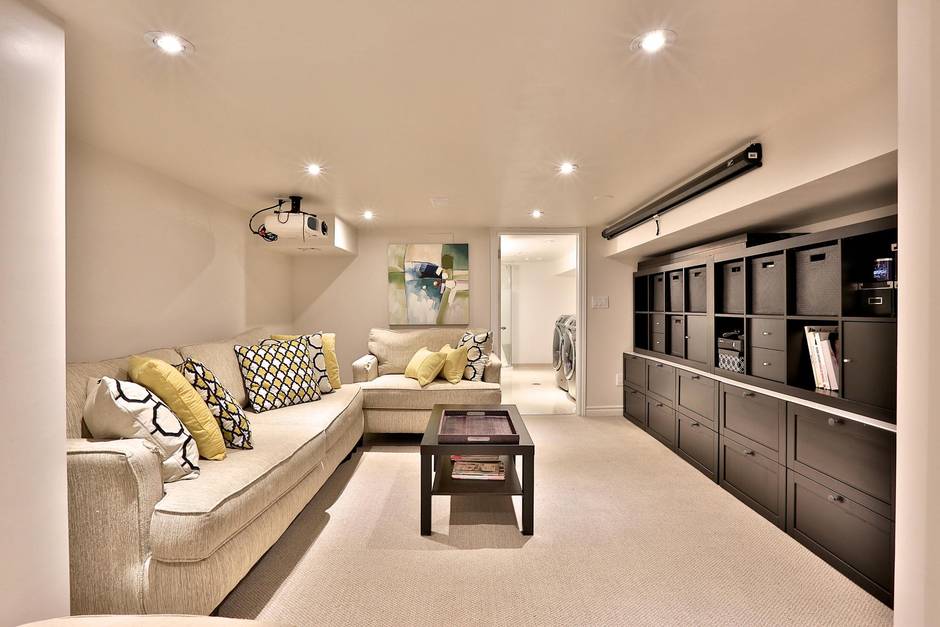 The basement, on the other hand, was also transformed but not completed. Originally, it was a pit of sadness. Barely finished with drywall slapped on the walls, much to the Darraghs’ bafflement there was a tenant renting it out as a bachelor apartment when they purchased the home.

Instead of using it as a rental unit, Mr. Darragh had visions of a man cave sprouting in its place. But after two months of cowboy crew demolition, the basement was still a work in progress. he realized that he had jumped the gun and the space needed professional help.

That was part of the impetus that sent the Darraghs on the hunt for reality TV help. They landed on HGTV’s Leave It To Bryan, hosted by Bryan Baeumler. On the episode – which aired in the fall of 2014 – the Darraghs have to suggest three “rooms” of the home that need work and then Mr. Baeumler decides which one to tackle based on their budget (which was $40,000).

Unsurprisingly, Mr. Darragh wanted the basement to be fixed up since it was still in its concrete bare bones form when Mr. Baeumler toured.

But Mrs. Darragh was hoping Mr. Baeumler would actually renovate the home’s enclosed front porch, which was described as a stinky, stifling sauna. She wanted to insulate it and blow out the wall so that the space could be absorbed into the living room and become a functional area.

And as a third option, the Darraghs suggested their kitchen. Neither of them really wanted it to be picked – nor thought it would be – because it was pleasing enough to the eye despite its brown and orange colour scheme, slightly rotting butcher block counter tops and non-functional powder room off the back. But since they had to have three spaces, they offered it up.

“I’ll kill myself if he did the kitchen,” Mrs. Darragh said during the episode as the couple walks up to the home for the reveal.

And, of course, that’s the room Mr. Baeumler picked. 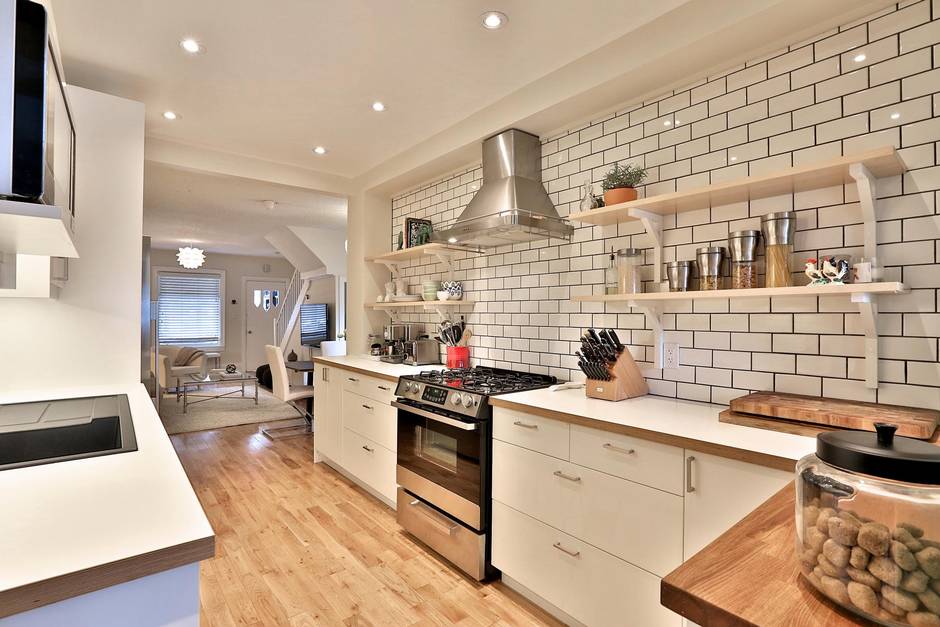 Despite Mrs. Darragh’s histrionic sentiment at the time, she has come to love the kitchen and the couple consider it their favourite space in the house.

Mr. Baeumler not only beautified the space – swapping the earthy tones for a crisp white and black scheme with a green accent wall – but he remedied a lot of serious internal problems, such as asbestos covering pipes, holes in the insulation thanks to rodents, and shoddy wiring. He also gave it a few new appliances, a new hardwood floor that extends into the living room and fixed up the powder room so it worked again.

“It’s so practical now,” Mrs. Darragh said. “It’s the most comfortable spot for me. I love that you can have everybody in one room when you host a party.

“This kitchen – and the [adjoining] living area – really is the heart of this home.”

After the Leave It To Bryan episode, Mr. Darragh continued to fix up the property bit by bit, including the basement, which is totally finished now and suitable for man-cave activities with its big screen and TV projector.

With the exception of the front porch, nearly every corner of the home has been transformed by the Darraghs. They even tilled and re-landscaped their three-tier backyard.

“At first, I hated this house. I hated how it needed work all of the time. I hated how you couldn’t just sit back and relax. I hated how it didn’t look pretty,” Mrs. Darragh said. “And now, looking back at all of the stuff we’ve done to it to bring it in line with our tastes, it makes the move bittersweet.”