There aren't too many houses in Toronto's prestigious Annex neighbourhood that would be considered a risky buy, but Douglas Mason found one.

Now this was back in 2006. But when Mr. Mason found 215 Lippincott St. then, it was in a "crappy" state, which almost a kind word. The old Victorian home had been seemingly ignored by its previous owners; left to waste away while students lived hard inside of it for many years.

But Mr. Mason wasn't deterred by its ragged edges. "I had a clear idea of what I wanted to achieve," he said. "I knew I could give it a clean update."

There were a few architectural features that Mr. Mason saw through the clutter, which initially caught his eye. He loved that the original Mansard roof, the detailed woodwork inside the home, the high ceilings and the fact that it was a 130-year-old house in a central neighbourhood within his price range.

These elements, plus the fact that it was already separated into two spaces (and Mr. Mason knew from the get-go that he wanted to rent a part of the home) persuaded him to take on the risk of reconstructing it.

And reconstructing is the word, since his work was far more than the standard renovation people tend to pursue to revitalize a property. It took him two years to complete the transformation.

"The level of renovation and the thoroughness of it is not the kind of thing you see everyday," said real estate agent Suzanne Manvell.

Mr. Mason, whose job at the time kept him travelling to Africa, knew his end goal would be two apartments, each with two bedrooms and two bathrooms, so he could have a pied-à-terre in his hometown but also offset the cost of owning it by having tenants. (The apartments each run for $2,500/month on the rental market.)

But to secure the type of mature tenants he wanted, he knew he had to build apartments that would feel like their own, separate spaces. So he decided to make the apartments totally isolated from each other in key ways.

After gutting the house, installing insulation and opening up many small rooms to create larger living spaces, Mr. Mason installed separate furnaces (each accessible within the apartment it heats).

"I made the unusual decision to have two furnaces because sometimes when you have two tenants in one house, one occupier can end up playing God with the thermostat," he said.

In addition the two units have different heating methods: The main floor and basement suite has forced air, while the upper unit is kept warm with radiators.

Mr. Mason took the separation one step further by soundproofing the apartments (from each other and from the attached neighbouring house).

In terms of interior design, Mr. Mason took a very detailed approach that nodded at the home's Victorian heritage.

"There is a refined elegance to the space," said Ms. Manvell. "But it also very comfortable, very easy to live in."

Mr. Mason left in small features, such as porcelain doorknobs, wherever he could. He also excavated a tin ceiling in the main-floor kitchen that had been hidden for years. And with the help of a restoration company in Kitchener, he restored the missing parts to it and then installed a new tin ceiling in the upper kitchen.

The other design touch that Mr. Mason went to great lengths to incorporate was built-in cabinetry. He maximized every square-foot of the slender home by hiding storage space throughout. From bookshelves built into bulkheads to a secret storage space for shoes that you can pull out from under the stairs, there is not an inch of wasted space in the home.

Another exemplary use of space was Mr. Mason's addition of two three-piece bathrooms to each apartment. To do this, each apartment features one spacious bathroom and one wet room. For the wet room, he basically took the idea of a water closet (insofar as the space is not much larger than a closet) and tiled the entire space and added a shower head to the ceiling.

While the two full bathrooms in each space are a wonderful luxury and a distinguishing feature for any apartment in the Annex, they are not Mr. Mason's favourite feature.

A lover of the original architecture, Mr. Mason appreciates the simple beauty of the third floor, which has a bedroom nested within the beams of the Mansard roof, as well as an open office space that leads out to a rooftop deck that give a stunning view of the downtown skyline.

"The third floor is the most romantic of them all," said Ms. Manvell. "It could be your little getaway from everything." 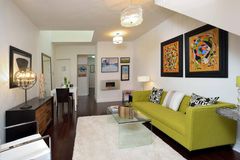 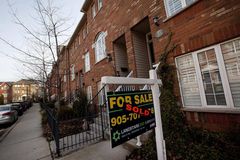 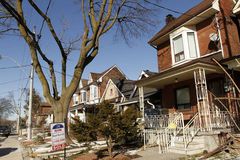