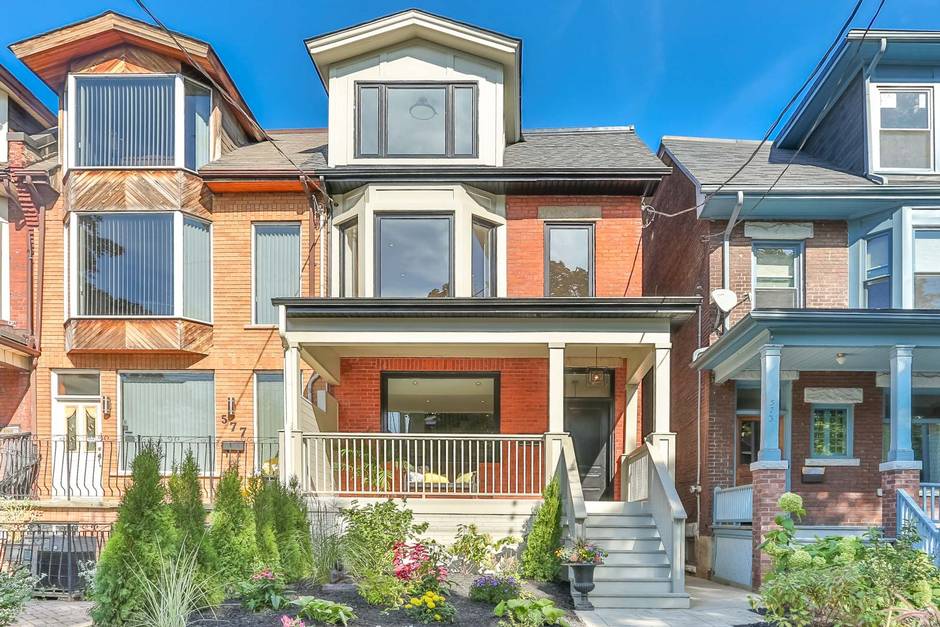 Everyone knows that when you wade into Toronto real estate, you need to be prepared for disappointment. The sub-$1-million market is fierce, especially if you’re looking close to downtown.

This is true even for developers. Bill Crilly and Chris Lawrence run 3 Stones Custom Homes, and they’ve been rejuvenating tired old homes in the city – especially in Toronto’s coveted Annex neighbourhood.

“There were a few other places that got away,” said Mr. Crilly, who has a background in structural engineering.

Then they spotted 575 Euclid Ave. At that point, they had placed bids on three other properties, including one on Euclid right across the street.

“The very interesting thing about this property is that we went in [with an offer] and it actually sold to someone else,” said their realtor, Michael Wacholtz. “Almost two months later … I got a call saying, ‘I think this deal is going to go sideways, would you guys still be interested?’”

“So, it was the one that got away but then came back,” Mr. Wacholtz said. 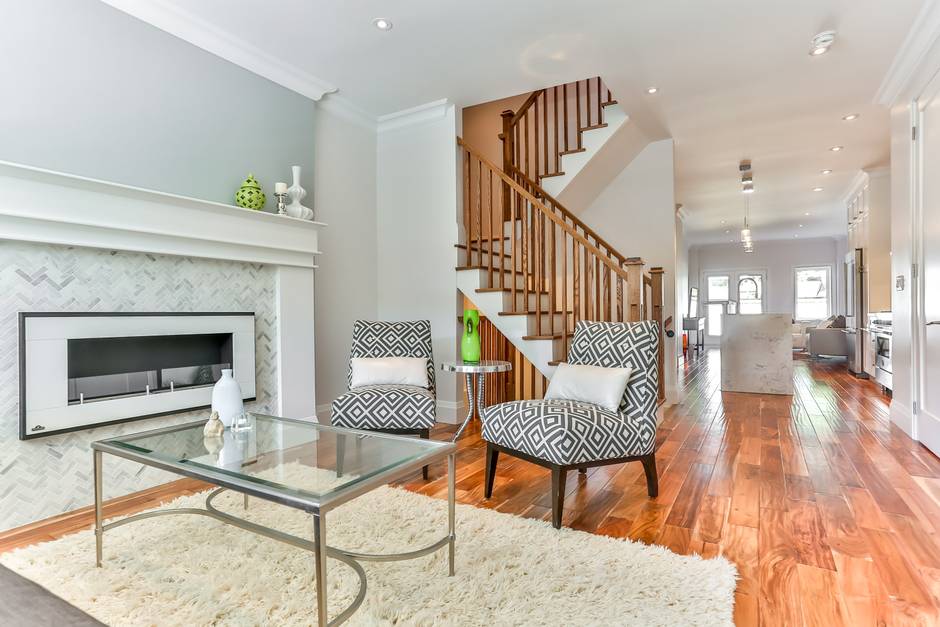 This is not the first house that 3 Stones has transformed. Two years ago, they tackled 469 Euclid Ave., and turned it into an ultra-modern abode. This time they decided to take a slightly different approach.

“Some of the feedback that we got was that it was a little too much for the price point, the people we were going for and the neighbourhood,” Mr. Wacholtz said. “This house learns from that.”

But like 469, this house underwent a huge makeover. When Mr. Crilly and Mr. Lawrence took over, its three floors were carved up into three rental units. And like a lot of older homes, it was a Frankenstein of repair work.

“The trick with these old houses that have gone through multiple renovations over the years is how do you get back to a really good flow in the house,” Mr. Crilly said.

For Mr. Lawrence, who looks after the construction element of their projects, there was only one option: Gut it.

“It’s a brand new build, right from the brick,” he said. “It’s restudded, it’s reinsulated, all of the floor joists are sistered.”

And to get the flow they desired, the only feature that kept its original location was the stairwell – but even that was rebuilt and enlarged.

“Before we go ahead with the offer, the concept is there as far as where the kitchen is going to go, how many bedrooms we are going to do, et cetera,” Mr. Crilly said. 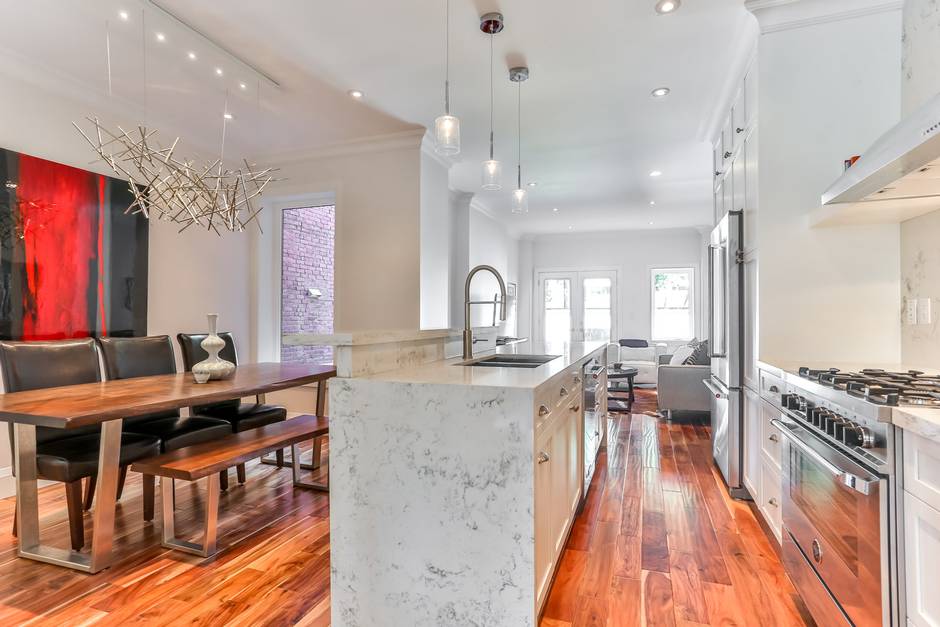 In this case, they knew they wanted to build a four-bedroom, two-and-a-half bathroom family home in the main space of the semi.

Instead of the ultra-modern look, this home is much more traditional in feel, with things such as crown moulding, grand 8-foot doors and warm walnut floors. But there is still a nod to contemporary design given its mainly white palette, clean lines and open main floor.

The other major change from 469 Euclid was the decision to build a two-bedroom apartment in the basement. In the previous house, they had roughed in the amenities needed for a rental unit but left it connected to the main house. Here, the unit is ready to be rented, but they left a breakthrough wall so that if the new owners want to use the space for themselves, they can.

The decision to go ahead with the apartment was based on trends they were seeing in the neighbourhood, Mr. Wacholtz said. And the fact that it made economic sense.

“A two-bedroom basement unit in this area can go for about $1,800 a month or so,” Mr. Crilly said. “It can help in a huge way with the purchase price.”

Other small tweaks from 469 included adding more storage. For example, at 469, they squeezed an ensuite bathroom into one of the bedrooms on the second floor. Instead, at 575, they built a second-floor laundry closet. And in the master suite on the third floor they built two walk-in closets – his and hers – and scaled back a little on the master bath instead.

“We’ve been listening to what the market is telling us,” Mr. Crilly said. 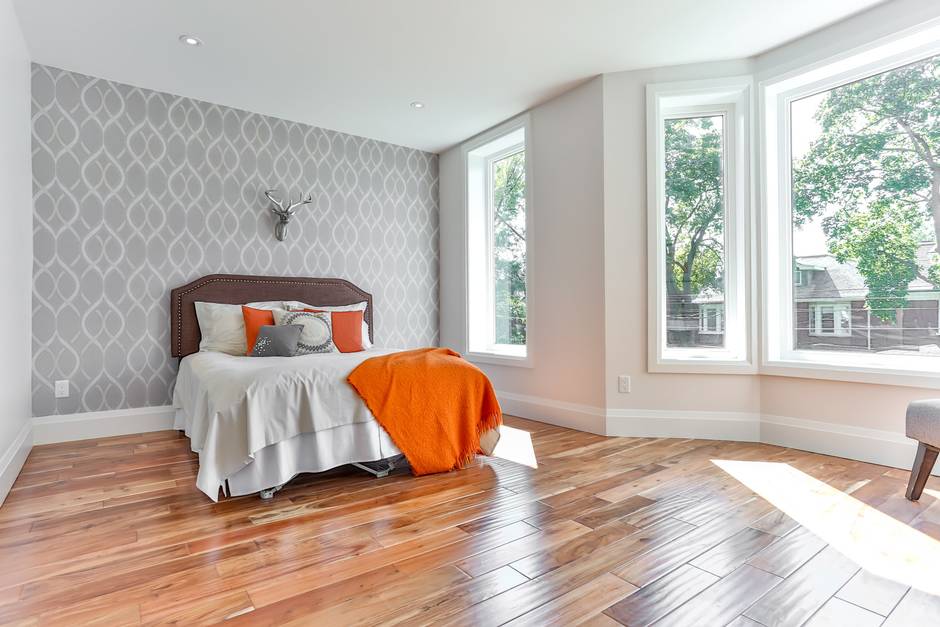 There are a lot of major design features, though, that they carried over from their first project on Euclid Avenue, including dedicating the entire third floor to a master suite.

“I really love the master and its whole flow,” Mr. Crilly said.

As you walk up the stairs to it, there are two wings: the bedroom off to the left (which used to be a bedroom and kitchen in its previous life) and the bathroom off to right. They are separated by the extra-large walk-in closets.

For most downtown homes, an entire floor is already a fantastically large master suite. But at 575 Euclid, there is also a massive back deck that looks out onto the core. It is easily big enough to fit some lounge chairs and an outdoor couch and still have room for yoga. 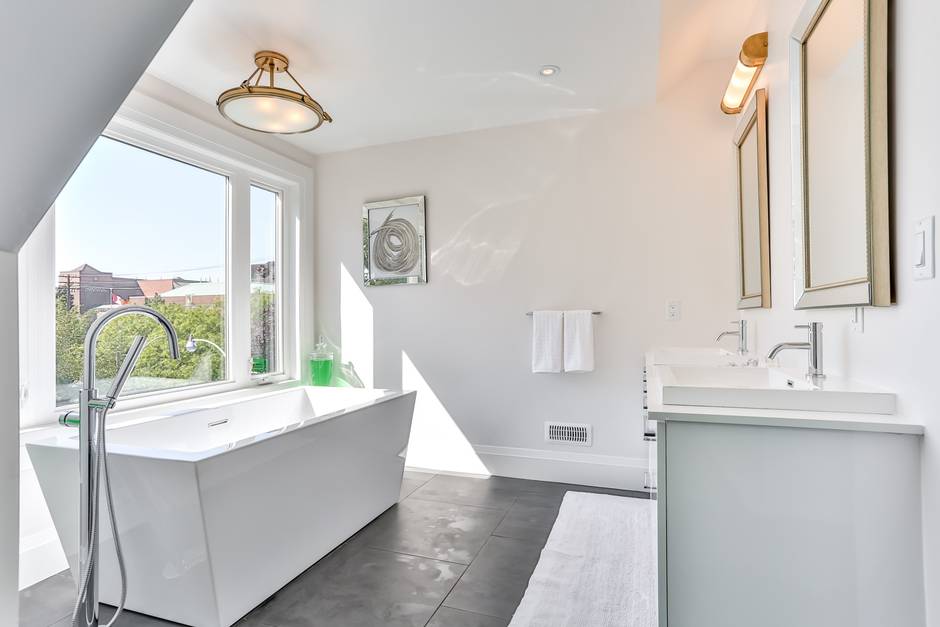 “I think this is a great place for relaxation – to get away from the kids and the main-floor buzz,” Mr. Crilly said.For Mr. Lawrence, on the other hand, his favourite space is the second floor.“It feels like there is space between rooms, that there is privacy [on that floor],” he said. And for Mr. Wacholtz, it is the main floor and the way it lets in light.“I’m sitting here [at the front end of the house] and I can see right through to the backyard,” he said. “On this main floor, I think Bill and Chris have done a better job of utilizing the flow between the three spaces [the front sitting room, the kitchen/dining room and the back family space].”But the one thing they can all agree on is that they are all really proud of this flip.“We’ve definitely grown substantially with this house,” Mr. Lawrence said.