Alexander Lush didn't know that the third Tuesday in January has been pegged as the cheapest day of the year to buy a house in Canada when he made an offer on a detached century home in Oshawa last Tuesday night. At the time, he was just happy to nail an agreement before any rival buyers rushed in.

"It was a lot less stressful than I thought it was going to be," Mr. Lush says. "It was very nice to not have to compete."

The young engineer had previously lost out on two other houses in the year or so that he had been looking to buy in areas such as Whitby, Oshawa and Courtice, east of Toronto.

January has been a bit subdued for real estate activity in Toronto and surrounding areas. That's typical for this time of year as people hibernate and pay down their credit card balances after the holidays.

Still, this new year period seems even quieter than usual. Last week, I wrote about the buyers' market that can emerge in the opening weeks of the year. The real estate brokerage TheRedPin.com crunched some numbers on the phenomenon and found that, from 2010 to 2014, home prices averaged $22,338 less in January than in the second most reasonable month, which is July.

Real estate agent Geoffrey Grace of ReMax Hallmark Realty Ltd. estimates that prices rise an average of 11.5 per cent between January and May each year, based on his research.

The trend worked perfectly for Mr. Lush, who was able to negotiate the seller down from an asking price in the $240,000 range. He says he was pleased to find some fresh supply had come onto the market in January while some listings he viewed back in October continued to languish through the end of the year.

Mr. Lush's real estate agent, Shawn Lackie of Coldwell Banker R.M.R. Real Estate, says his client had missed out on those other houses that interested him because they came to market during a busier time. In the short time it took for Mr. Lush to decide to make an offer, other bidders had beaten him to the table.

In this case, Mr. Lackie saw a newly listed house on Banting Avenue in central Oshawa and thought it appeared to be listed at a reasonable price. A builder had purchased the older home and given it a top-to-bottom renovation with a new roof, windows and floors. He'd opened up the main floor and installed a new kitchen and bathrooms.

Mr. Lackie knew his client works long hours and wouldn't have time to do much refurbishment himself. "He works all the time. Finding a handy dandy fixer-upper just wouldn't work."

There was no date set for reviewing offers so Mr. Lackie knew it could sell at any time. "If we're going to do something on this, we have to jump on it right away," he told Mr. Lush.

Mr. Lackie made the offer good for only 24 hours so that the seller's agent wouldn't have a lot of time to scare up competition. Mr. Lush had saved up a significant down payment, so Mr. Lackie figured that would work in his favour. He also suggested that Mr. Lush agree to the seller's desire for a quick closing.

Builders often want to get their investment out quickly, he says, so buyers with a good deposit and the ability to close quickly often have a leg up. "If you put a really short close in, you're going to get their attention."

Mr. Lackie also made the offer conditional on inspection and financing, and Mr. Lush signed off on both this week.

Mr. Lackie says the neighbourhood south of the General Motors Centre in Oshawa is gentrifying quickly. Mr. Lush adds that, like most neighbourhoods, this one looks dreary in winter. He looked at Google street view to see what the area would look like when the trees have their leaves again.

Mr. Lackie says his ability to see past the deep winter gloom worked to Mr. Lush's advantage. "If we were in the middle of February and the weather started to turn, we probably would have got into multiples," he says of the bidding process.

Lots of market watchers are expecting a busy spring when the market gets under way – which in recent years has tended to happen in the middle of February.

Ira Jelinek, an agent with Harvey Kalles Real Estate who specializes in the central Toronto market, has also found the first weeks of the year slower than normal. He has talked to several buyers but listings are still very scarce and he hasn't been receiving the usual number of calls from prospective sellers. "I wish I had more people calling me to list but it's just slow now."

Some market watchers reckon that tumbling oil prices and a surprise rate cut by the Bank of Canada last week have increased the uncertainty for 2015.

Looking ahead, the pundits have sharply divergent opinions on the impact these macroeconomic trends will have on the real estate market.

The cut in the benchmark rate by the central bank has prompted some chartered banks to cut some of their mortgage rates. Royal Bank of Canada made news early in the week when it cut its five-year fixed rate for qualified borrowers to 2.84 per cent, and other lenders have also moved on some of their mortgage offerings. Industry watchers say the special rates may rally potential buyers who thought they had been priced out of the housing market.

Mr. Jelinek says he has had conversations with 50 or so people about Toronto real estate in recent days but not one of them has mentioned the price of oil. "It hasn't been a topic of conversation once."

Almost everyone, however, talks about the Bank of Canada's unexpected move.

Mr. Jelinek says most of the people he talks with are expecting the lower rates to ignite the spring market and nudge prices up farther.

But while some experts are anticipating a return to frothiness in the housing market, economists at Toronto-Dominion Bank cautioned this week that the outlook may be grim for the country's economy and – by extension – the real estate market.

TD chief economist Craig Alexander expects the Bank of Canada to trim its overnight rate by an additional 25 basis points at the next planned meeting date in March. After that, the central bank is expected to remain on hold until the second half of 2016. Mr. Alexander is cautioning that Canada may see a sharp decline in corporate profits, weak business investment, and subdued household income growth in the near term.

In turn, TD expects the housing market to be a drag on economic growth in Canada. Mr. Alexander is forecasting that changes in existing home sales and prices, as well as housing starts, will tilt into negative territory.

How women over 55 are reshaping the Toronto condo market
January 23, 2015 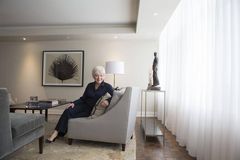 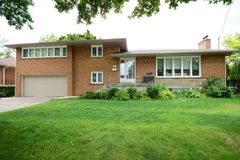