Last week I wrote about Arie and Sabina Diamant, who were contemplating making an offer on a fixer-upper with a sloping basement floor in the pocket south of the Eglinton West subway station. The couple decided to pass on the house on Belvidere Avenue, but there's a twist to the story – Ms. Diamant's sister immediately bought it. Jody Segal and her husband have been renting in the neighbourhood during their one-and-a-half-year search for a place to buy.

They had looked at the semi-detached brick house earlier but they didn't see the potential, says Ms. Segal. Like so many house hunters they had trouble envisioning a chic, modern house emerging from decades' worth of clutter and oppressive window treatments.

But the couple was discouraged after another house they liked in the area sold in a bidding war for a price way beyond what they could afford. They had started to look in Thornhill and other areas farther from the core.

But when Ms. Segal heard from her sister Sabina that the house could be rejuvenated with a renovation, she reconsidered. She talked to Sabina's agent, Ira Jelinek of Harvey Kalles Real Estate Ltd.

He saw the house as a solid property that offered lots of room for improvement – and therefore enhanced value.

That's when Ms. Segal and her husband decided that the house might work for them and their two young children. It has a large lot and three bedrooms. And it wasn't drawing much attention.

So they made an offer conditional on inspection and bargained the owner down from the $499,000 asking price.

During the five days they had to carry out an inspection, Ms. Segal says, another semi came up for sale on the same street. It had an asking price of $689,000 and offered only two bedrooms but it was renovated top-to-bottom and "showed" extremely well.

"People were flocking to it," says Ms. Segal, who was walking contractors through the house she had purchased. While she was there, people who had been drawn to the house up the street and saw the "for sale" sign on hers were knocking on the door.

She figures those potential buyers weren't even considering houses under $500,000 and therefore it wasn't on their radar screens until they visited the street to see the more expensive house.

All of a sudden, the house they had purchased conditionally was getting fresh attention. Ms. Segal figures if she had waited just a few more days, they would have missed out.

"If we don't take this now, we'll never be able to stay in this neighbourhood," Ms. Segal told her husband. Meanwhile, the builders and inspectors she talked to reassured her that the house is solid.

Now she and her husband are looking forward with great excitement to taking possession and getting the reno under way. They won't attempt to live in the house while the work is going on.

"I've heard that marriages end that way," she says.

Meanwhile, a savvy professional woman I know was tempted this week by a renovated two-bedroom house in New Toronto just a few doors up from Lake Ontario. She contemplated putting an offer on the table, but backed away when she heard that four offers had already been registered with one hour to go before the deadline.

The house had an asking price of $639,000 but she figures that a selling price above $700,000 would leave no room for increasing the value.

Besides, spring market competition is too nerve-racking, she adds, and she's going to stay in her current house for a while longer.

Agents say there have been very few detached houses for sale in the west-end neighbourhoods along the lake this spring so any properties that do come on the market are immediately swarmed.

Still, they add, sales remain fickle and they're sometimes at a loss to understand why some houses attract multiple offers and others none at all.

Micro-hoods: Where to find affordable homes in Toronto

For many years, Long Branch on the edge of Lake Ontario was a gritty neighbourhood bordered by industry.

The stores and restaurants on Lake Shore Boulevard West stubbornly resisted any hints of trendiness.

And, even as Mimico and New Toronto to the east were becoming more gentrified, Long Branch real estate lagged in value.

Partly the area was held back in the past by the odd housing mix: Lots of small apartment buildings and fourplexes stand side-by-side with the bungalows and two-storey brick houses on the curving, tree-lined streets.

But more recently, builders have been razing the smaller houses and building large, new dwellings.

The shift in housing stock is lifting the value of the entire neighbourhood.

As a sure sign the area is on the rise, the earnest barristas have arrived.

Fair Grounds is a bustling café roasting its own organic, fair-trade beans.

A few doors down, an outpost of the Burrito Boyz has opened near Brown's Line.

For homeowners who want a boost from rental income, the area offers the opportunity to take in Humber College students attending the Lakeshore Campus.

For now, the slower street car rumbles along Lake Shore Boulevard, but politicians and the Toronto Transit Commission have talked about building a Waterfront West LRT from Union Station to Long Branch.

As more people move into the area, new businesses and services are sure to follow. 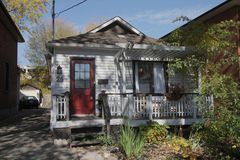 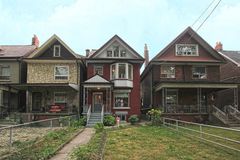 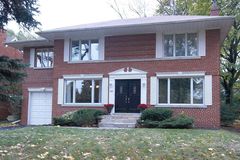