If there's one thing that potential house buyers seem to agree on, it's that if a homeowner lists their house for sale at a given price, and someone is willing to pay that amount or more, the seller had better get out a pen and sign the deal.

In fact, many people are surprised that the seller doesn't have a legal obligation to do so.

Nothing much gets house hunters more riled up than going through the whole process of traipsing through a property, hiring a house inspector in some cases, making a bid and then waiting in the car with an agent for a few hours before finding out that the seller has turned down all offers.

It does happen and it is not against the rules governing real estate transactions. I wrote about one such case recently and invited readers to voice their opinions.

Here's a brief recap: The two-bedroom condo in Toronto was listed with an asking price of about $359,000 and languished on the market.

The unit was taken off the market and relisted at $159,900. On the date set for reviewing offers, 16 bids came in. None were accepted.

A little time passed and the unit was back on the market – with the asking price moved back up to just under where it started.

I asked readers if they would feel betrayed if they joined a round of bidding and the seller ultimately turned all buyers away. Or is it fair game: Sellers have the choice to list their house for sale with no obligation to strike a deal?

The topic obviously hit a nerve because many people weighed in.

"How is it legal?" asked reader Randy Alexander.

He can't imagine another market in which such a practice would be tolerated.

"How much is this toothpaste?"

"Sorry, no deal. …We were really hoping to get four bucks for this tube. We just listed it at $2.99 to catch your eye."

Well, the retailer of the toothpaste doesn't have a legal obligation to sell it either. But they tend to accept the sticker price because they wouldn't have very many customers if they didn't. Who would shop there?

Similarly many readers believe the house hunters should refuse to deal with a seller who is obviously using an artificially low price as a ploy for attracting attention.

Many readers would like to see a more transparent process – say an auction where all the bids are out in the open. Some like the idea of an irrevocable reserve price. If the reserve is met, the house or condo sells.

One reader offered the opinion that the owner of the infamous two-bedroom condo and his or her agent had simply created a farce with a circus of traffic and an aftermath of bitterness: "This unit has already been on the market and determined what the market won't pay. Under-pricing it is not going to make it worth more."

This reader went on to offer some advice to the seller: The most interested people have already been there, given their absolute best offers (probably free of conditions and with the seller's choice of dates) and it isn't going to get better than that.

In our unofficial survey, many potential home buyers said they are willing to submit an offer even when they know there are other bidders. There's a common view that the bidders are determining the market value. They are not paying over the market price, they are establishing the market price.

In the words of one respondent, "A smart buyerasks, 'what is it worth?', not 'what does it take to win?'"

An online comment summed up the views of many: In a hot market like Toronto's in the spring, if you are interested in receiving multiple offers, list your property at the lowest amount you would be willing to accept. This guarantees your happiness if an offer comes in at the asking price and positions you for maximum upside if your property generates multiple offers.

"Anything else is simply gamesmanship or poor ethics."

The downside of pricing your home for a bidding war
April 30, 2018 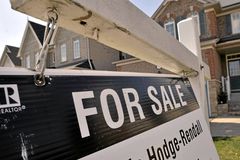 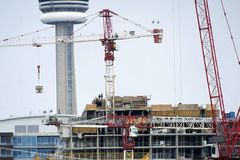 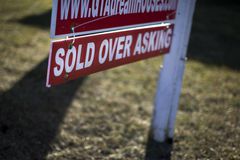