Like any oppressed group, recent Vancouver home buyers are a resourceful bunch. We've learned to endure the stress of living in an unaffordable city by any means at our disposal – I've written about a few of those means over the years.

A great many average house owners – i.e., those who live in houses that cost less than $2-million – have turned their basement suites into rentals. Some have purchased entire homes with friends or acquaintances and built dividing walls. I've heard of groups of friends who've purchased small apartment blocks. And I've met several people who, no longer able to afford their mortgages, have rented out their unaffordable homes and are couch surfing and house-sitting to get by.

And the living is getting more costly. A Royal Bank report this week showed Vancouver's affordability measures rose more than any other major Canadian market – currently at 84.2 per cent for bungalows, and 87.4 per cent for two-storey homes. For condos, the rate is now at 41.9 per cent. In other words, the cost of home ownership for the average two-storey Vancouver house requires 87.4 per cent of a person's monthly income, before taxes.

"Affordability in Vancouver is uncomfortably strained and the city's housing market still remains, by far, the most costly in Canada," said the bank's chief economist, Craig Wright.

So when you live in one of the most unaffordable cities in the world, you learn a few tricks. One of the best to come along is renting out one's home, or part of one's home, to international travellers through websites like Airbnb and Vacation Rentals By Owner. Airbnb says it has over 1,000 properties available for rent in the city; VRBO lists over 1,400.

For homeowners, these popular online platforms have a couple of major advantages over traditional long-term rental. The homeowner no longer has to deal with a full-time tenant, or more specifically, the Residential Tenancy Act rules, which can make it extremely difficult, and costly for a landlord who gets stuck with a problem tenant. Secondly, the homeowner can make far more money from a short-term visitor than a full-time tenant.

After enduring a difficult basement suite tenant who finally skipped out on his rent and disappeared, I decided to become a short-term rental host. I discovered that even if my suite isn't rented full time, year round, I can bring in as much if not more revenue – with less hassle – through short-term rentals. The visitors are from around the world, they are generally grateful, tidy and courteous, and keep to themselves. And while I found no recourse for recovering lost rent from the delinquent tenant, the online service I use – Airbnb – collects money on my behalf and offers insurance coverage for any damage. For me – so far – it's been good.

I'm not alone. An increasing number of Vancouver home owners are turning away from the landlord-tenant model toward short-term rental services like Airbnb.

Kristen Robertson and husband Dale have given up on long-term leasing and turned the one-bedroom garden suite of their Fraser Street area triplex into a short-term rental. They already have their suite rented for a few weeks, and have plans to post it on several of the short-term rental sites.

"It's mainly to make more money," Ms. Robertson says. "We are supplementing our large mortgage. And from a selfish standpoint, we just want the flexibility of the space, because sometimes I want access to the suite when we have out-of-town guests.

"You start to get creative," she says of home-ownership, Vancouver style. "The average person can't afford a $1-million mortgage. I'm a recruiter and the average salary in B.C. is something to the tune of $56,000. Even with a dual income, it's barely going to cut it without additional resources.

"Where are these people coming from that have the $5-million house on the other side of Main Street? I'd like to be the person who has that kind of money, believe me."

Michelle Farina, managing broker at Advent Real Estate Services, says she and her husband are considering short-term online rental when their full-time tenant moves out of their tiny downtown condo. They currently rent it for $1,200 a month, which covers the expenses. But Ms. Farina and her husband live in Squamish and often need a place to stay when in Vancouver.

"Even if we got $100 per night, seriously, we would have to rent it half the month for the same amount of money and then we can use the place. Right now, we're renting hotel rooms when we stay downtown. So for us, we look at it as a way to support the property and have a place to stay. We have a great tenant, but once she gives notice, that's something we're seriously looking at.

"Our friends in Osoyoos use VRBO and in the four months of the summer they basically pay all of their expenses on that property for the year. They're doing about $1,400 a week because they are right on the lake in a two-bedroom condo. That's where we got the idea."

Of course, there is the question of whether the move toward short-term hosting will impact the rental housing stock. A quick glance through Airbnb shows a slew of new downtown condos that look perfectly staged listed on the service, no doubt owned by investor-owners who've discovered the benefits of short-term rental over long-term leasing. On Airbnb, I found a perfect looking one-bedroom unit with a view in the Wall Centre on Burrard Street posted for $110 a night. A friend of mine who was hosting on Airbnb out of his West End apartment said he had to lower prices because of the competition coming from the glut of new condos using the service.

As far as the City is concerned, it's generally a non issue, and one that is only complaint-driven. If someone is operating an Airbnb operation that becomes a nuisance to the neighbours, for example, the City may come down on them for not having a business licence. A licence is required to operate a bed and breakfast. As well, it's an issue from a consumer and safety standpoint, says Coun. Geoff Meggs, who has a friend who is an Airbnb host. It seems that everybody in Vancouver is, or knows of someone who's an Airbnb or VRBO host.

"It's providing the consumer protection and security of residents in a building that was not designed for full-on rental purposes that could become a concern," he says. "There are a range of issues, proper fire exits, that kind of thing. But we don't have anything active going on with Airbnb. The City of Vancouver is not doing anything. You are allowed to rent, but it's assumed it's long term under the RTA, not a bed and breakfast."

As for taking away from the city's vulnerable rental stock, he says the City doesn't have any numbers to gauge any loss. And new condos aren't "a stable contributor" to stock because the numbers show that after five years, most investors sell them off, says Mr. Meggs.

"Owners who are making the decision to switch to Airbnb are doing it for completely understandable reasons of their own, but they could be reducing the rental stock in the long term. It's just impossible to know how big an issue it is.

"People are looking for any strategy to make their housing costs come into line. The City is trying to ease the crisis, but the pressure on the housing market is rising faster than we can keep up." 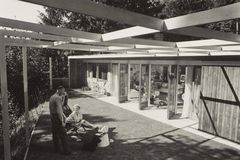 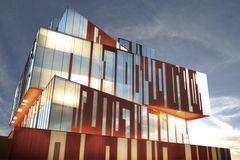 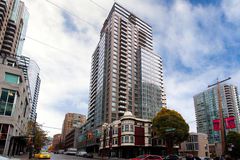