People who have close to $4-million to spend for a house in Toronto appear to be poised to pounce as soon as new properties hit the market.

Janet Lindsay, an agent with Chestnut Park Real Estate Ltd., says sales of properties with asking prices above $3-million were coming through in recent weeks even as financial markets were roiling.

Several have changed hands at a brisk pace in the past week.

In Lawrence Park, for example, the house at 264 Dawlish Ave. was listed at $3.75-million. The buyer paid the full asking price after four days on the market. The 4,500-square-foot house, which falls in the Blythwood Junior Public School District, has five bedrooms, four bathrooms, an elevator and a three-car garage.

In Forest Hill, 19 Dewbourne Ave. changed hands for the full asking price of $3.195-million. The house has five bedrooms, six-bathrooms and an architect-designed addition.

Ms. Lindsay says listings are thin for detached houses in the city and she expects that dynamic to continue through the fall.

"I think we're still going to be light on inventory."

The Canadian Real Estate Association points out that strong spring sales in the upper echelons of the market in the Greater Toronto Area, British Columbia's Lower Mainland, and Calgary have skewed the organization's forecast for the entire country.

So robust have been sales in Ontario and B.C. that CREA has boosted its national forecast for sales and prices, even as many markets outside of Toronto and Vancouver remain soggy.

The two provinces account for approximately 60 per cent of the activity in Canada's housing market.

Meanwhile, CREA's chief economist, Gregory Klump, says that the outlook for oil and other natural resources has deteriorated since CREA's last forecast in June. That uncertainty is holding back housing sales in Alberta as consumers worry about the employment picture.

The association is predicting that national sales will rise 3.3 per cent in 2015 and that the average price across the country will increase 6.2 per cent.

But the national number smooths out the very different dynamics in markets across the country.

CREA says B.C. is poised to post the largest annual increase with an 18.1-per-cent jump in sales this year compared with 2014. Ontario will see an estimated 7.3-per-cent rise in the same period.

By contrast, sales in Alberta will tumble 21.6 per cent, in Saskatchewan 12 per cent and in Nova Scotia 12.1 per cent, according to CREA's forecast.

At the high end, Sotheby's International Realty Canada is forecasting even stronger demand for properties trading hands above $4-million in Toronto and Vancouver this fall. Sales between $1-million and $4-million in those cities will also remain brisk, it predicts.

The firm points to this month's Bank of Canada decision to hold its benchmark interest rate at 0.5 per cent as a reason for the positive outlook in the luxury market. The shortage of listings, strong consumer confidence and increased international demand are also contributing factors, their analysis finds.

The recent volatility in the world's financial markets – together with a weaker economy in China – will likely bring a continuing influx of buyers from that country, the report says.

Carriage trade sales in Montreal will remain balanced while those in Calgary will slip, the report says.

No sign of slowdown in Toronto as agents prep for fall housing market
September 10, 2015 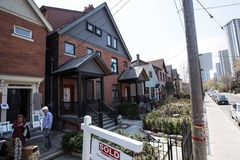 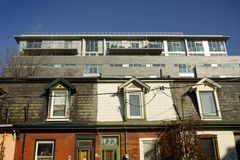 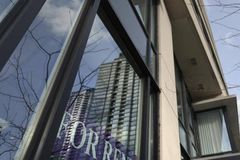