Bidding wars that lead to offers six figures over asking have become routine in Toronto's spring market. But even in a contest reduced to a single buyer and seller, the results are unpredictable, as agent Ira Jelinek and his clients found out recently.

They had already lost out on several houses this spring when a semi-detached came up for sale in Leslieville. The house at 104 Jones Ave. was listed with an asking price around the $600,000. They expected to compete against other contenders, as they had five or so times already. But to their surprise, on offer day, Mr. Jelinek's clients were the only buyers to turn up.

Not so fast, said the seller.

"In that case you're not fighting other buyers, you're fighting the sellers," said Mr. Jelinek of Harvey Kalles Real Estate Ltd. "You're always fighting."

The buyers didn't balk at raising their bid above the asking price, said Mr. Jelinek, who favours keeping the negotiations cordial in any case.

"I try to ignore all the chatter. It's what goes on paper."

Mr. Jelinek said the buyers are pleased because they knew that competing against five or six other parties would only give them a 15 per cent chance of getting the house. Dealing only with the sellers, they had a 50 per cent chance.

"It's the lesser of two evils."

Joe Quintal, a broker at Royal LePage Supreme Realty, said that managing the expectations of the sellers is key in such a tricky market where some properties sit and others attract people in droves. Some houses are priced drastically below the amount that the sellers expect to receive. That's when the most heated contests erupt.

The extreme bidding situations seem to be happening less often in May as green grass and spring bulbs encourage homeowners to list their properties. Time between the most egregious bidding war tales can now be measured in weeks instead of days. Multiple offers are still common, but both buyers and sellers are learning to adjust their strategies if bids don't materialize at all.

Mr. Quintal said that real estate agents can make their best estimate of what a property is worth but the emotional reaction of a buyer is something that can't be measured.

Mr. Quintal recently sold a bungalow in south Etobicoke for $675,000 after listing it with an asking price of $599,000. He advised the sellers that he thought they might get $649,000 or $659,000 if things went well. He coached them to keep their faces expressionless as they reviewed each bid in front of the agent presenting.

"Of course, when that offer came in we were all picking up our chins from the floor," he said.

The buyer of the bungalow is a woman who has daughters and grandchildren living nearby.

"Buying is emotional," he said, and in this case the woman wasn't motivated by finding a bargain as much as being close to family.

He has also been the only agent to show up to a property where the sellers were expecting a bigger turnout on the offer night.

The sellers told him they were actually expecting $315,000.

"Guess what – there's nobody else here," Mr. Quintal said, looking over his shoulder.

The sellers turned down his offer and sent him on his way. They put the house back on the market at a higher price.

About two weeks later the sellers called him back and asked if he would revive the offer. In that case it was too late – the clients had already bought another house.

Mr. Quintal said that single-family houses in Toronto more typically receive six to eight offers at this time of year. In suburbs such as Mississauga and Brampton, it's far less common to receive more than one offer.

By Mr. Quintal's estimate, sales for the Greater Toronto Area in May will come in at about 10,000 transactions – or roughly in line with the tally for May, 2013. Prices will likely edge up, he predicts. Sales are lagging those in 2011 and 2012 because listings are down, he added.

Listings rose in early May but not in huge numbers, he said.

"It's just not keeping up with the demand," he said, adding that the same problem has held back Toronto sales for months: Homeowners don't want to list their current houses until they find a new one to buy.

Mr. Jelinek of Harvey Kalles sold a townhouse recently near Eglinton Avenue West. He and the sellers decided that, rather than post a lowball price in the hope of generating a bidding war, they would set a price at the higher end of the range they were hoping for and welcome offers any time. Mr. Jelinek listed the property on the multiple listing service at about 3 p.m. and received a call from another agent before 8 p.m. Her clients had previously lost out on eight properties in bidding contests. When they saw one arrive on the market without holding back offers, they moved right away and paid the full asking price.

In the luxury end of the market, buyer confidence is strong, said Rochelle DeClute of DeClute Real Estate Inc., who last week recorded a record sale for a pocket near the Toronto Hunt in Scarborough. The custom-built house sold for $2.625-million after only eight hours on the market.

The closest comparable sale had been worth $1.625-million, Ms. DeClute said.

"We have had a few people calling, quite disappointed that they missed out on it," she said.

Ms. DeClute said she keeps in touch with agents who have clients looking in that price range and lets them know when a new listing is coming to market. In this case the buyer's agent was very aggressive and actually walked through the house while the DeClute team was shooting the video tour, she said.

Another event that had real estate watchers speculating this week was the news that Streetcar Developments has purchased the Broadview Hotel at the corner of Queen Street East and Broadview Avenue. The current tenant, an adult entertainment establishment called Jilly's, will be vacating the premises.

Les Mallins, president and chief executive officer of Streetcar, said his firm plans to first make the rundown building safe, then restore it.

While Streetcar typically builds lofts and condominiums, the company said it does not plan to convert this building to condos.

John Pasalis, a broker with Realosophy Realty Inc., said the building is a landmark on Queen Street and the departure of Jilly's has people pondering a revival on that stretch of Queen.

He notes that the refurbishment of the Drake Hotel lifted the fortunes of Queen Street West.

"It just made the area cooler, made people want to move there even more and made the commercial strip more of a destination."

He imagines a similar renaissance could happen at the Broadview Hotel if Streetcar undertook such a transformation.

The biggest beneficiaries, he figures, would be the neighbouring businesses on Queen and Broadview.

In the meantime, Mr. Pasalis thinks a slight cooling in the overall real estate market provides a more healthy balance for buyers and sellers.

"Over all, it's better for everybody." 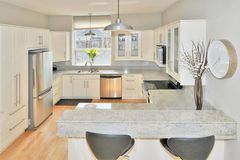 Two bids for semi in trendy Leslieville
May 9, 2014 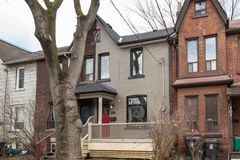 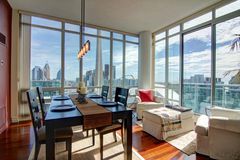