Lots of people selling their four-bedroom houses and luxury condos are feeling the slowdown in Toronto's real estate market. Those properties are sitting on the market longer – especially if they have an asking price north of $1-million.

But some sellers are still confidently holding off offers in hopes of a bidding war: Those would be the owners of humble, two-bedroom bungalows.

The "cute little bungalow" has long occupied a popular niche in Toronto's real estate market, but in the past it was usually considered a starter home for couples who would move up to something bigger as soon as they built up a bit of equity. This spring the popularity of the circa-1950 post-war bungalow seems more conspicuous as so many buyers go after it while other segments stagnate.

Geoffrey Grace, an agent with Re/Max Hallmark Realty Ltd., has observed the extreme demand for bungalows and often nudges buyers toward them. He is even thinking about the day when he might buy one as an investment property himself.

"If you're selling a penthouse for $15-million, how many buyers are out there?" asks Mr. Grace.

Mr. Grace points out that builders like to buy bungalows and either top them up or tear them down. The traditional first-time buyers continue to seek them out, and downsizing baby boomers often prefer them to condos.

Buyers of real estate should always think about the size of the potential target market if they eventually decide to sell, advises Mr. Grace.

Even as real estate sales in the Greater Toronto Area slumped 9.7 per cent in the first two weeks of May compared with the same time last year, some bungalows in popular neighbourhoods were attracting multiple offers.

Mr. Grace was tracking one bungalow listed for sale in Parkview Hills, which is a secluded pocket in East York, just across the bridge from the coveted community of Leaside.

"Some people are getting priced out of Leaside," says Mr. Grace. In that popular neighbourhood, bungalows sell for more than $1-million to builders who immediately tear them down.

Mr. Grace was keeping a close eye on the deal because he was preparing to sell a house on the same street that started life as a bungalow and was later topped up.

That's also a good strategy for first-time buyers, says Mr. Grace, because bungalows can be expanded and renovated in ways that semi-detached houses and townhouses can't.

They also tend to have larger lots and a private drive whereas a semi may have no parking at all.

Empty nesters buy bungalows because they don't want to move again years later when they can no longer climb stairs.

"For the downsizers, they are really targeting the bungalow because they want everything on one level."

For investors, a good strategy is to buy a bungalow and rent out the basement to one renter and the main floor to another.

"It's something I have my eye on for an investment down the road," he says.

Mr. Grace points out that the diminutive houses are becoming a rare breed in Toronto as they're replaced with larger houses. Most of them were built after the Second World War when troops were returning from overseas and the baby boom started.

Mr. Grace was evaluating one such bungalow when he met one of the original owners on the street. 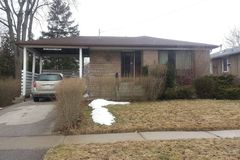 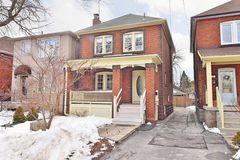 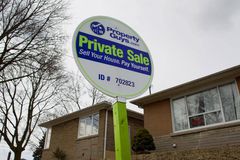