Despite high prices that seem destined to rise even higher, Vancouver house hunters are in a mood to buy.

Amid reports of strengthening consumer confidence, prices are expected to increase 2 per cent this year, according to the recently released Re/Max Spring Market Trends report. It also says that the foundation for growth is the domestic buyer, including first-time buyers and those who are trading up.

It's making an already unaffordable market even more unaffordable, but buyers seem unfazed at paying record prices for houses that have gone up 35 per cent since 2009. Real Estate Board of Greater Vancouver data shows an average sales price of a detached house for March, 2014, of $1.213-million. That number dropped from February, when the average was at $1.367-million. Back in January, 2009, the average price was $783,721.

Some buyers are finding better value in eastern pockets of the city.

"There are buckets of people looking for anything under $1.5-million," says Sotheby's agent Gregg Close, who held an open house for a $1.350-million property near Wall Street in east side Vancouver on Easter Sunday. He saw 42 groups walk through the door. Mr. Close usually markets houses on the west side of the city, but is increasingly finding that those west-side buyers are looking east.

The east side has maintained its artistic community and has spawned a diverse restaurant, distillery and boutique retail shopping scene, while the west side has become more generic with chain stores. As well, anything priced below $1.5-million, he says, is a sweet spot for the family looking for a completely renovated home with a revenue suite.

"For around $1.5-million you get something you want to go home to. You know your neighbours on the east side. It's like the way Kitsilano used to be," says Mr. Close. "I know builders who tell me they're looking for a 33-foot lot on the west side, and I ask, 'Why?'"

That's not to say that the average middle-income earner is getting a lot for their buck on the east side of the city. An east side house that was listed for $599,000 made headlines this month because of its "low" sticker price. It sold for $643,000 after a week, even though it's bereft of a front yard and faces the thoroughfare that is Clark Drive. The windows must shake every time a semi-truck rattles by.

A one-level house at 2543 E. 27th Ave. just sold for $820,000 after 47 days on the market. The buyer got tired of losing out to multiple offers, so they settled on a house that requires a major renovation, according to listing agent Keith Roy. It came with "old carpets, damaged walls, old appliances and no dishwasher," he says.

"The reason renovated houses in east Vancouver are so expensive is that people can't afford to have work done, so they end up competing," says Mr. Roy.

Nearby, about a half block from Clark, a lovely yellow 102-year-old craftsman on a narrow 25-foot lot sold for $1.210-million, above the $1.199-million asking price. It was previously purchased in May, 2008, before the economic downturn, for $657,500 after 84 days on the market. The owners updated the house with a significant renovation. With a hot market factored in, the house sold for 45 per cent more than it had been purchased six years ago.

"That area used to be considered less desirable, but as more and more folks leave the west side seeking greater affordability, then prices go up," says listing agent Dwayne Launt.

Such homes are sought out by families who'd otherwise have purchased in west-side neighbourhoods like Kitsilano and Dunbar. It's small wonder. A quick survey of Realtylink listings shows a west-side starter home listed at around $1.5-million.

Other than the very wealthy, only those who got into the market early on the west side can afford a house there.

Fourteen years ago, Brendan Tompkins and Luc Morin purchased a tiny corner lot bungalow at 606 W. 17th for $350,000. They are currently finishing a major renovation that has transformed the one-bedroom bungalow with basement into a three-level, 3,100-square-foot craftsman-style house that includes a three-bedroom suite and two-car garage.

"The biggest reason for doing the reno was great location, and getting better functionality while keeping as much of the house because it was so well built," says Mr. Tompkins.

Their property was appraised this year at $2.3-million. With so much equity in the house, it made sense for them to realize their dream home.

Now, as the $599,000 Clark Drive listing illustrated, an east side home – albeit within range of truck traffic – is the new reality for first-time buyers willing to carry a big mortgage.

There are signs that the east side is moving further out of range, however.

The median house value in Vancouver is $1.29-million. Almost every house west of Ontario Street is above that median price according to a map of single detached homes provided for The Globe and Mail by Landcor Data Corporation. The vast majority of houses eastward are below the median, but the map shows a surprising shift underway. Those areas above the median price are, predictably, around Main Street, Commercial Drive, and Strathcona. However, there are not-so-obvious, much bigger pockets of the east side that are far above the median price – areas far to the southeast of the city, around Fraserview Golf Course, close to Southeast Marine Drive, as well as nearby Everett Crowley Park. Those neighbourhoods are becoming high-end east-side enclaves unto themselves.

Purchasers are buying because interest rates don't appear to be increasing any time soon, and inventory will always be limited due to Vancouver's geography. There are even some bidding wars, says Richard Laurendeau, long-time managing broker for Re/Max Westcoast in Richmond.

"Today, it is a fair representation of the market," says Mr. Laurendeau. "It's not particularly bearish and not bullish. It's fair.

"In the market between 2008 and 2009, we heard a lot of stories about multiple offers – it was almost common place. Today some multiple offers are returning, but not to the frequency they were before. And that's healthy. There's nothing good that comes from [multiple offers]. That same seller will be faced with that type of market when he purchases again. It's not comfortable. I don't mind it from time to time, which we currently have, but it's not commonplace."

The numbers don't indicate a lack of inventory is driving the market. Instead, he believes people are feeling more secure in their jobs and in real estate in general.

"And where are you going to go rest your money?" he says.

"They may have been expecting that crash in the market, but they think, 'it's not happening, so I will buy into the market.'"

Mr. Laurendeau is speaking about the detached house market. The condo market is a different animal, more affected by increased supply and developer costs that get transferred to the consumer.

"Thankfully, real estate goes up because the value of land goes up faster than the building on it depreciates," he says. "I think that is why it outperforms the strata. And I think we can layer onto that. The boom that has happened in the strata-development segment of the market … that abundance of supply puts pressure on pricing.

"I don't want to confuse that with the idea that prices will come down in condos – that's not the message. But it makes it hard to understand significant appreciation with the abundance in the strata market." 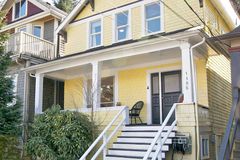 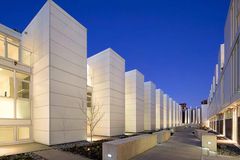 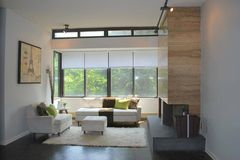