It helps to have a thick skin when reporting on the nexus between Chinese money and Vancouver's sky-high property market. It also might help if that skin, like mine, isn't white.

Accusations of racism flow thick and fast whenever an attempt is made to connect wealth-based immigration, primarily by rich Chinese, and housing prices here. Since influential condo marketer Bob Rennie delivered a speech to the Urban Development Institute in May, in which he said "sensational" stories making that link were "bordering on racism," an array of industry figures have lined up to support his proposition.

But now, some in the Chinese community are pushing back. "Guys like Bob Rennie, they are trying to stop full conversation and intelligent conversation by using words like 'racism,'" said long-time Chinatown activist David Wong. "People are afraid to speak when people start throwing that word around."

Mr. Wong, an architect who has campaigned on behalf of impoverished Chinese immigrants, said it was vital to have a frank discussion about the impact of rich immigrants on greater Vancouver, where average detached house prices top $1.2-million. "Every time people want to talk about this, they get labelled a racist, especially if they are non-Asian," said Wong. "That's nonsense. We've got to talk about it. The politicians are gutless because they are afraid they are going to lose the so-called ethnic vote."

Mr. Rennie's May 15 speech was swiftly followed by a range of commentary that hewed closely to his line. On June 3, pro-development political consultant Bob Ransford warned in The Vancouver Sun that addressing unaffordability by restricting foreign ownership would "tread very close" to the historical discrimination of the anti-Chinese head tax.

Two days later, University of British Columbia professor Tsur Somerville – whose Centre for Urban Economics and Real Estate is sponsored by developers Grosvenor and Henderson Development, as well as the Commercial Real Estate Development Association – told CKNW Radio that although ignoring the issue would be "foolish," the debate risked descending into "prejudice, stereotypes and racism." Cameron Muir, chief economist for the B.C. Real Estate Association, meanwhile told The Vancouver Observer on June 5 that linking immigration to property prices "is beginning to sound suspiciously awkward."

The debate is certainly getting awkward, though perhaps not in the way Mr. Muir suggests. Brandon Yan, a Vancouver city planning commissioner, summed it up in a Twitter critique of Mr. Rennie's speech: "Let's leave it to the rich white dudes to decide what's racist, right?"

Mr. Wong, a spokesman for Chinatown's Ming Sun Benevolent Society, said he took particular issue with those comparing possible property market curbs to the head tax, imposed in 1885 to deter Chinese immigration. Such comparisons were "complete bull," said Mr. Wong, who added that Singapore recently imposed restrictions on foreign buyers without being accused of racism. "People over here will say and do whatever they can to stop any efforts that would prevent them from making more money," said Mr. Wong. "It's wrong. They use the term 'head tax' without even understanding the history behind it. It really appalls me."

Messers. Rennie, Ransford, Muir and Somerville have all said that evidence tying Vancouver prices to immigration is anecdotal. But there is a range of statistical support for the case.

UBC's Prof. David Ley, holder of the Canada Research Chair in Geography, has long studied links between international immigration to Vancouver and home prices there. In his 2010 book, Millionaire Migrants, the Oxford-educated researcher found an "unusually decisive" +0.94 correlation between the two factors (in which +1 represents movement in perfect correlation, -1 represents movement in exactly opposite directions, and 0 total randomness). This correlation far exceeded that between prices and interest rates (-0.12), rental vacancies (-0.03), unemployment (0.16) and other conventional correlates.

Dr. Ley's conclusions are bolstered by a 2011 study by Landcor Data, which pored over sales records in Richmond and Vancouver's Westside to discover that 74 per cent of all luxury purchases in 2010 were made by buyers with purely mainland Chinese names. "What some have underplayed or dismissed as apocryphal 'as told by Realtors,' is underpinned by educated numbers," said Landcor.

The sheer number of millionaire migrants who have poured into Vancouver is also compelling: From 2005 to 2012, 36,973 arrived in B.C. under the now-defunct immigrant investor program, which imposed a wealth benchmark of $1.6-million on applicants. Before being frozen in 2012, the scheme was the world's most popular wealth-migration device, with Chinese immigrants planning to settle in B.C. submitting 65 per cent of all applications in 2011. Chinese domination of wealth migration to Vancouver is a statistical fact that belies widespread belief in other reservoirs of rich newcomers. B.C. admitted 30,013 millionaire migrants from Greater China (including Taiwan and Hong Kong) from 2005 to 2012. In that period, there were 242 from Britain and 160 from the United States.

Sid Chow Tan, a founder and director of the Head Tax Families Society of Canada, said "resentment" of the influx of millionaires to Vancouver cuts across racial boundaries. He said previous Chinese immigrants paid "a very much higher price" than investor migrants for their Canadian citizenship "and it was not measured in dollars, either."

Mr. Tan scoffed at real estate figures raising the spectre of the head tax: "I've been engaged in anti-racism work for decades. Conflating the Chinese head tax and exclusion laws and rich immigrants and real estate is absurd, if not somewhat evil."

Mr. Rennie, who warned against repeating discriminatory "patterns of the past" in his speech, told me his views were informed by diversity. "My in-laws come from Japan, my children are half-Japanese, we [Mr. Rennie's headquarters] are in the oldest building in Chinatown," he said.

He said the subject was a touchy one. "Everybody has to watch when they are talking about racism, that they aren't trying to be opportunistic, and it bends to the answer that they want, whether it is to exclude or include. So it's a very dangerous topic."

Ian Young is the Vancouver correspondent for The South China Morning Post and the author of its Hongcouver blog. 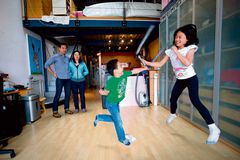 Yaletown condo snapped up by first person who viewed it
July 26, 2014 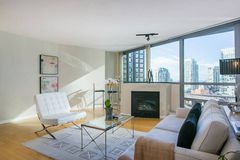 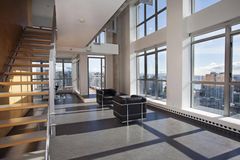