Vancouver's West End has long been a model of livability. Increasingly, it is standing out as one of the city's finer achievements.

It is urban, but it has quiet, tree-lined streets with some of the only intact rows of Mid-Century Modern apartment buildings left in the Lower Mainland. It's got spacious three-storey walk-ups built in the 1920s. More than half of residents don't own a car. They are within walking distance of jobs, transit, shops, the beach and Stanley Park. It's not surprising the Canadian Institute of Planners just awarded it best neighbourhood in its Great Places in Canada contest.

With the city's West End Community Plan that was adopted by council two years ago, the long-protected West End, on the downtown peninsula, is set to undergo a transformation. Sales have just kicked off for the Jervis, a luxury 58-unit Intracorp project at 1177 Jervis, in the heart of Davie Village. It is the first major project launched under the city's 30-year plan, and its two-bedroom condos range in price from $1-million to $4.5-million. Other applications are under way for redevelopment along Burrard, Georgia, Davie and Robson.

"It's the first significant one to move through all of the various stages of city approval to the point now, where we are looking for early approvals on building permits," David Jacobson, director of development for Intracorp, says. "Because we were first out of the gate, we knew we had to set the tone. We wanted to make sure the new development and the residents were going to be welcomed into the community."

With an eye toward growth, the city projects a population boost of up to 10,000 people for the area. The city is focusing on redevelopment along the arterials in order to protect the leafy side streets of the West End and all those charming three-storey walk-ups.

"The interesting thing about the West End is that for decades there's been no activity," Mr. Jacobson, who lived in the West End for four years, says. "A lot of that existing housing stock has been aging, or it is outpaced by market demands.

"The density is coming mostly through major corridors, including Burrard, Davie and Coal Harbour, around the end of Burrard. Those arteries will be where the density is concentrated."

It's a mighty injection of the high-end condo market into a low-rent neighbourhood, and the results are worrying to some residents and observers. The West End has 45,000 residents – 80 per cent of them renters – and around 120 heritage buildings. Single people occupy 60 per cent of homes, and a lot of them are elderly and on limited incomes. One-third of the city's purpose-built rental stock is located in the West End, which has a median income of $38,000. That's lower than the overall Vancouver median of $47,000.

The Jervis is a test case in how displaced tenants will fare in such a transition. The project replaces three buildings owned by one owner who had provided low-rent housing for many years. With construction scheduled for the spring, many of the tenants have already moved out. As required by the city, the developer is required to relocate the tenants to equally affordable homes. They hired Coast Mental Health to help with the relocation.

"What the tenants needed was something we had to work on right away to make sure they could be taken care of without anybody being displaced unfairly," Mr. Jacobson says. "That's always a challenge when you are developing a new property in a neighbourhood that hasn't seen activity in a while. Change can be daunting for folks."

The Jervis will be family oriented, with two- and three-bedroom units instead of the usual studio and one-bedroom condos. The project will include a separate city-owned 26-unit rental building on the Davie Street side that fulfills the city's requirement for 20 per cent social housing.

The community plan has been praised for its efforts in protecting the West End's lovely side streets and character buildings, upgrading of public amenities and relocating tenants displaced by redevelopment. Some of them are given the option of moving back into the new development at a rent close to their previous amount.

There is also a plan for laneway housing and revitalization of retail areas.

A map shows more than 30 low-to-highrise buildings that could potentially be added to the area, most of them along Burrard. That doesn't include buildings already approved or under construction.

Some are worried the arrival of pricey market condos will translate into rental increases in a vulnerable neighbourhood. It's clear there's a ready market for luxury properties, and that makes the West End a developers' paradise. A few months ago, Bosa Properties announced plans for a 50-storey luxury condo tower at 1500 W. Georgia St., designed by famous German architect Ole Scheeren.

Councillor Adriane Carr, who lives in the West End, had voted against the plan. For her, the cons outweighed the pros. She sees the loss of already affordable rental buildings, such as those along Davie Street, as a strike against affordability. She believes the city could be getting more in return from developers through community amenity contributions.

"I think we're getting hosed," she says.

And she questions whether the West End even needs more density. Why allow significant redevelopment in an area that's home to vulnerable groups such as fixed-income students, immigrants and seniors? And why is the city focused on growth?

"I get lambasted for asking that question, and I think it's a legitimate question to ask," she says. "There's this notion that we have to respond to whatever the pressures are to grow. But it's a no-win end game because if we don't set limits of our own, we will increasingly become a city that's less and less affordable. We will lose the character of Vancouver if we don't take some proactive measures to consider the degree that we are going to grow."

Penny Gurstein, director of the school of community and regional planning at UBC, says the West End is a target because of its high renter population.

"It's easier to add density there because renters are not as powerful as home owners.

"This has been their neighbourhood for decades. A lot of these people don't have cars because they can walk to everything. They are living on fairly limited incomes.

"You are looking at a significant population of renters there that could be significantly impacted because the pressure would be so great to redevelop."

Spencer Chandra Herbert, West End MLA, says whether the community plan is a success will depend on how it plays out over the next couple of years. If tenants maintain their homes, the plan will have succeeded.

He's less worried about redevelopment than an increase in "renovictions," which is what happens when landlords tell tenants they need to do a renovation when in reality they're just kicking them out to jack up the rents. It's an ongoing problem throughout Vancouver, especially in areas under the intense pressure of high property prices. He's already seeing it happen in the West End, and he worries it could become worse.

"There is a real sense of people feeling under siege," he says. "In some cases, it can feel pretty scary and some of the seniors come in and tell me what's going on, and they say, 'I don't know what to do. I guess I'll have to leave the community because I can't put up with the mental strain.'

"The West End has always has had a nice mix of residents. I'm concerned that we make sure it continues to be an affordable neighbourhood, and that it has a wide diversity of incomes, that it doesn't become a place that only the rich can afford," Mr. Chandra Herbert says. "I will be watching the plan." 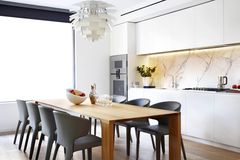 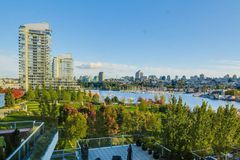