Kevin Rouck, 55, built his first log cabin in 1980: a modest 1,200-square-foot home over two floors in which he and his wife raised their family. Thirty-five years on and the craftsman is still proud to call it home – a home that has stood the test of time in a rapidly changing building industry.

His family business, Rouck Brothers, in the town of Lumby, B.C., goes back three generations, originating as a sawmill in 1947.

In the 1980s, they saw an opportunity to start building log homes; in the 1990s, they watched residential floor plans sprawl and diversified into hot tubs and chalets. They also switched from natural-log to machine-profile finishing for competitive costing. 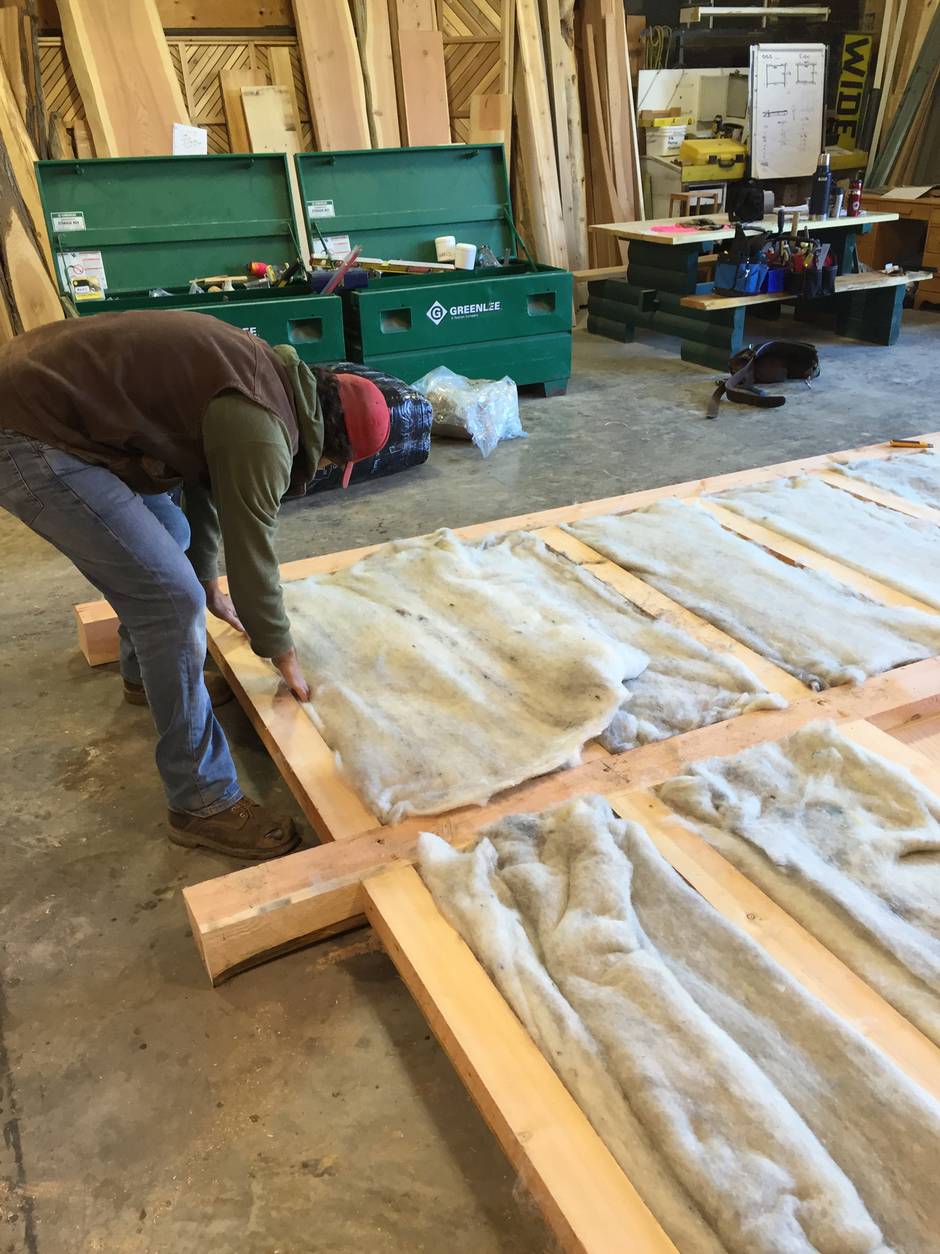 Today, their business is largely based on custom-built tiny homes and, most recently, the do-it-yourself home-builder market.

“Tiny homes are about 65 per cent of our business now; it’s the fastest-growing area for us and what most of our inquiries are about. It’s a big change to what we were doing 20 years ago, but that’s what this industry’s like. It’s constantly changing.”

Tiny homes are at the extreme end of a wider trend for smaller floor plans, which has been evident in Mr. Rouck’s business for a few years now.

“People are looking for something less at odds with the natural environment, regardless of whether it’s going to be their primary home or not. That’s a great thing, in my opinion.” 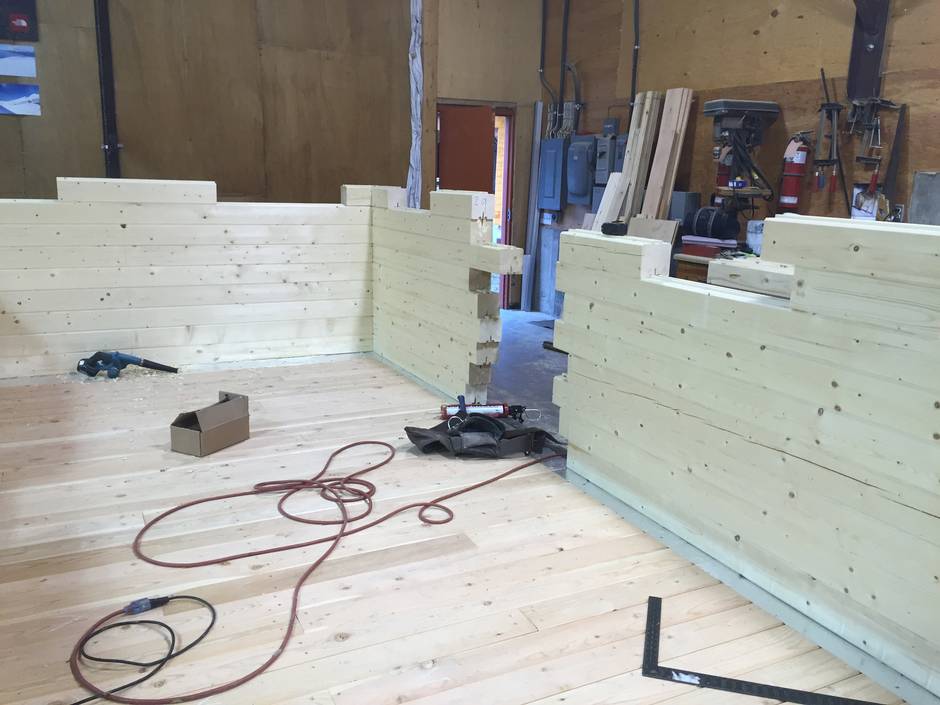 Mr. Rouck, who has built more than 500 log cabins in the past 35 years, recently completed his most unique tiny project so far: a 180-square-foot home for a client in her 60s named Doris.

“Doris has a lot of chemical sensitivities, so the cabin had to be built without using any glues or plastics. It’ll be completely off-grid and heated using beeswax candles, so it has thicker walls for insulation.”

“A lot of people want to work on the home themselves, so often we provide [the home] unfinished inside.”

This growing side of Mr. Rouck’s business led him to launch a log-cabin-building course a year ago.

“People were bringing us plans and we’d get them started by going through basic log-building techniques. Or they’d ask us to do the log work and tell them how to do the interior. Most of the homes we’ve built in the last three years we haven’t fully finished. We decided to formalize the teaching side of things to encourage that. It’s more cost-effective for people.” 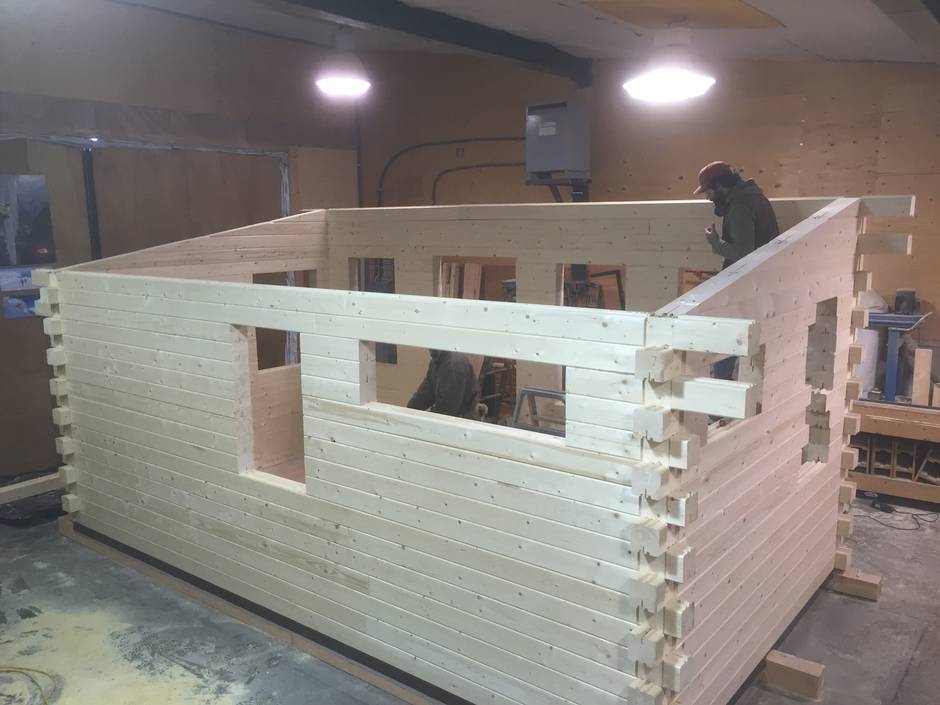 So far, clients have included a father and daughter, a husband and wife and a couple of artists looking to build livable work studios.

But it’s not just changing consumer demands that are shaping Mr. Rouck’s business; log-cabin builders, which are traditionally small, family-run businesses in remote locations, are also having to adapt to the changing ways people shop.

“Eighty per cent of our sales come through the Internet now, so we’ve had to learn how to market ourselves online and use social media. We had to get rid of the fax machine,” he laughs.

By adopting an agile approach, Mr. Rouck’s business is thriving, but others less willing to embrace the changes haven’t fared so well.

“Six years ago, there were six other log builders besides us in a 30-mile radius. Now, there’s just us. It’s the same all over B.C.; our association dropped from more than 50 members to 20.

“We’ve embraced the changes partly because I believe this is the way of the future – tiny homes to an extent, but also just smaller floor plans and simpler living. The dollar is out there for that right now, so we’re in a good position.” 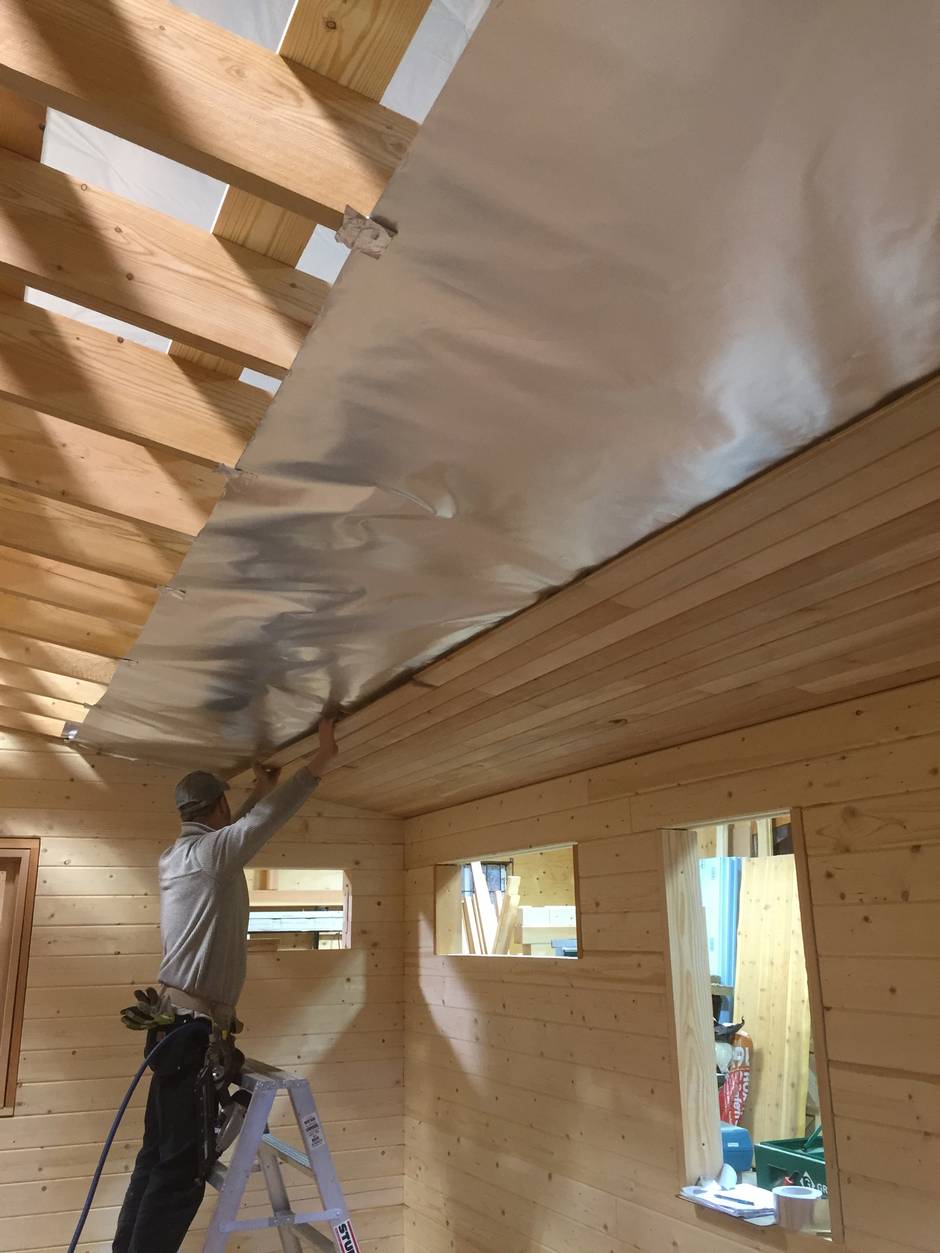 Log-cabin builders aren’t the only ones adapting business models to meet consumer demand. Urban home builders are also diversifying to cash in on the growing tiny-home sector.

Dylan Mckinnon of Calgary Custom Builder has been in the building trade for 23 years. Based in Cochrane, Alta., he and his business partner recently specialized into tiny homes, an industry he sees as a big opportunity.

“It started when we converted an RV into a mobile hair salon. It was a fun project and it got us thinking about the construction of small spaces and what we could do there. We put up a Kijiji ad and it got 600 views and a bunch of inquiries in just a few weeks, so we knew there was a market for it in Calgary and Edmonton.” 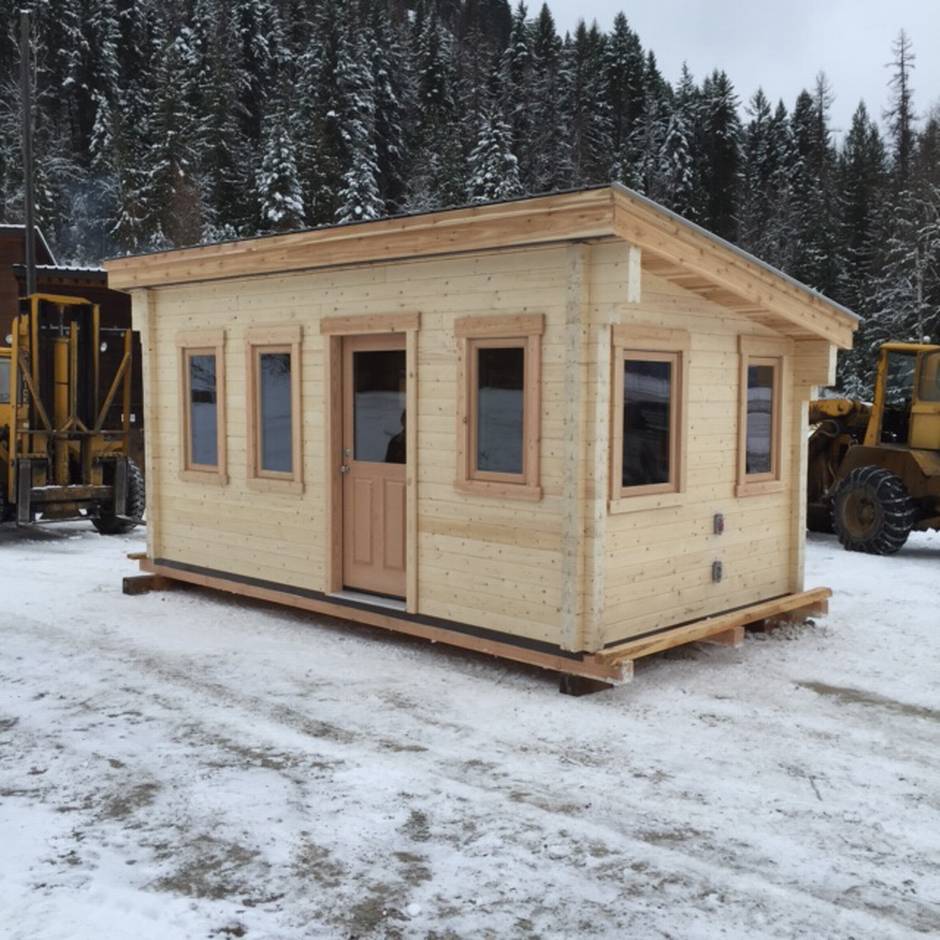 Mr. Mckinnon’s tiny homes will start from $34,000 for a 220-square-foot home complete with trailer.

“We’re looking to get them CSA-stamped for mortgage approval. The next step will be to get a mobile show home built. The ultimate goal is to be manufacturing them full-time.”

Mr. Rouck, however, remains poised to take on the next trend, whatever it may be.

“This business runs in cycles,” he says, “and you have to work with those cycles. Tiny homes are big business right now, and I hope they remain so for a while, but if they don’t, we’ll adapt to the next trend and probably the one after that, too.”