John Andrew, a professor at Queen's University, is watching with interest for the August numbers that the Canadian Real Estate Association will report in the coming days.

Low mortgage rates fuelled property sales in cities across Canada, with Toronto, Vancouver and Calgary seeing the most action, he says.

Prof. Andrew, who is the director of the executive seminars on corporate and investment real estate at Queen's, predicts September and October will bring more of the same.

"I don't think we're going to see a significant downturn in sales until we see an uptick in mortgage rates."

And when he says an uptick, he's not referring to a month or two of gently rising rates – he's talking about a sustained upward trend.

The Toronto Real Estate Board reported that sales rose 2.8 per cent in the Greater Toronto Area in August from a year earlier, while the average selling price rose 8.9 per cent. Prof. Andrew says the increase in sales in August came on a drop in listings.

The market is still fairly balanced, he says, but it could tip over to a sellers' market. He wonders if that, in turn, will encourage more homeowners to list their properties for sale. "As soon as people realize it's a sellers' market, they say 'maybe it's a good time to sell our house.' "

Prof. Andrew notes the contrast between this year and last, when a sudden shift in the market came right after Labour Day. Last summer, mortgage rates edged up between June and September. Many people hadn't been paying attention and that led to a sudden burst of buying in September when people were spurred on by the fear that rates would climb even higher.

Fluctuating bond yields have brought about the movement in mortgage rates over the past year.

The professor also points out that he used to make a note in his calendar of the days when the Bank of Canada's interest rate committee was set to meet. He could expect a lot of calls from media on those days. More recently, those meetings have become a non-event, he says, because no one expects the central bank to make a change.

The low mortgage rates through the summer of 2014 may have attracted more marginal buyers who will struggle to pay their mortgages when rates eventually rise, some economists warn.

David Madani of Capital Economics cautioned this week that imbalances in the market for newly-built houses and condo units point to a looming slowdown. In the new-house market, starts are running ahead of demographic demand, the economist warns. Inventories remain high for new units despite the incentives offered by developers.

Meanwhile, this week, a buyer stepped up to purchase that mid-town Toronto house with nearly its entire backyard taken up by a koi pond. The house at 552 Merton St. was a Globe Real Estate "home of the week" in August.

Real estate agent Bruce Cram of ReMax Hallmark Realty Ltd., who represented the seller, scheduled a date to review bids from potential buyers but that date passed with no offers.

Mr. Cram believes the lack of offers had nothing to do with any summer doldrums in real estate; the market was buzzing and swarms of people came through the house. He says people were intrigued by the koi pond but they couldn't get their heads around it. "There was a ton of interest," he says, "but if it wasn't their passion they wouldn't know what to do with it."

The new owner is unsure of what to do with the pond, Mr. Cram says. "She perceives it may be too much to maintain."

For now, the koi keep swimming.

Home of the Week: High in the sky, yet close to everything
June 5, 2017
Baby Point house on large lot sells to first visitor
April 4, 2018 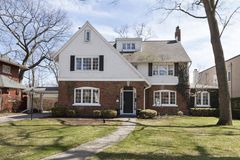 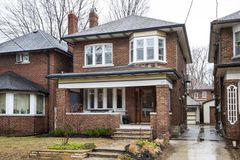