From the unabashed former paper baron Conrad Black and the iconic singer Gordon Lightfoot to a handful of media-shy entrepreneurs, they are a mix of old money and self-made immigrant success stories.

The contact address for this property is listed as 1365 Yonge Street, Suite 207, the offices of Mr. Lightfoot's company, Early Morning Productions Inc., and the place where generations of admirers of the folk-rock legend have been sending their fan mail.

The Orillia, Ont.-born singer purchased his Bridle Path property in 1999 for $3.8-million. It is evaluated now at $11.2-million.

The house has five bedrooms and five full bathrooms. Mr. Lightfoot is known to tinker with model trains in his home. He writes songs in a room with mahogany-lined walls that overlooks his front lawn.

Mr. Berry is senior vice-president and portfolio manager at the Toronto investment firm Foyston Gordon & Payne, where he leads the Canadian Equity team. The firm's website says that he has an MBA from the University of Western Ontario and that, before working in investment, he earned a master's degree in chemical engineering from the University of Waterloo and spent six years as an oil and gas consulting engineer in Calgary and Houston.

His four-bedroom house is evaluated at $6.5-million.

Mr. Winberg is the head of Premium Properties Ltd., a landlord of commercial buildings in Toronto. He has been a real estate developer since the 1950s.

His house, which was built in 1936, has five bedrooms and is evaluated at $8.5-million.

A German-born economist with a doctorate from the University of Berlin, Hans Abromeit came to Canada in the 1960s to invest money for "major European fortunes," he once told the Globe.

In 1965, he decided to go into business for himself. He and another German-born entrepreneur, Jan von Haeften, co-founded their own company, the Lehndorff Group (it was named after Mr. Von Haeften's mother-in-law, a Countess Lehndorff).

The firm, which invested in North America properties on behalf of German and Swiss clients, had more than $1.2-billion in real estate assets in 1980. It owned the storied Sutton Place Hotel.

By the early 1990s, however, Lehndorff Group struggled with massive bank debts and had to restructure.

Dr. Abromeit was in the news again this month when it emerged that he had a caution registered on Mr. Black's house – meaning the property cannot be sold without Dr. Abromeit's consent.

Navin Chandaria is of Indian ancestry but was born in Kenya.

After graduating from the University of West London, he had just returned to East Africa when the Ugandan president Idi Amin expelled his country's South Asian minority in 1972.

Living in neighbouring Kenya, Mr. Chandaria decided to move in case "some Idi Amin type of guy comes in and makes you a beggar overnight," he said in a 2012 interview with Inside Toronto.

He came to Canada in 1975, where, confronted by the cold and the snow, he said he couldn't think of any other business opportunities but to manufacture fire logs.

"When I got into the fire log business it was a big thing to be macho. Get a chainsaw and cut your own wood and bag it yourself," he said in the 2012 interview.

Instead, he offered convenient products that ignited easily and were made from inexpensive sawdust and wax.

His companies also have made glue sticks, stationery tapes and mailing supplies. Mr. Chandaria has now shifted his interests to being a financial backer for technology startups.

According to the architect who designed his house, the property includes two outdoor tennis courts, an indoor swimming pool, a home theatre and a five-car garage.

The house of the former media magnate was sold last March to an undisclosed buyer for $16.5-million – $5-million below asking – but the transaction was put on hold after the Canada Revenue Agency placed liens over unpaid taxes.

Mr. Black and his wife, the writer Barbara Amiel-Black, had planned on continuing to live in the nine-bedroom, 11-bathroom mansion, as part of a leaseback deal. Mr. Black inherited the 4-½-hectare estate in the 1970s from his father, George Montegu Black.

Mr. Black, who became Lord Black after renouncing his Canadian citizenship, once controlled Hollinger International, the newspaper chain that used to own the Daily Telegraph, the Chicago Sun-Times, the Jerusalem Post and the National Post.

He served 42 months in a Florida jail for fraud and obstruction of justice.

Want to be Drake's neighbour? The property at 10 High Point Road abuts the back of the future house of the rapper.

City records say that it is owned by Alexander and Simona Shnaider but the house is currently listed for sale by realtor Elise Kalles.

Mr. Shnaider is a Russia-born billionaire who moved to Toronto with his family from Israel when he was 13. He made his fortune buying steel mills in Ukraine.

For an asking price of $28.8-million, you get a stone mansion with 10 bedrooms, oak and marble floors, a ballroom that can handle 100 guests, a 12-car underground garage and an outdoor swimming pool.

exclusive
Inside Drake’s plans for an ultra-luxurious mansion in Toronto’s Bridle Path
May 18, 2016 Perched atop the CN Tower, Drake restores it to a place of pride
April 28, 2016 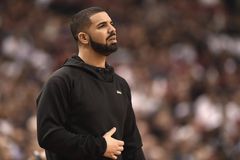 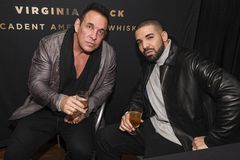