Mortgage fraud has surged in Canada as soaring home prices in some markets have squeezed buyers and attracted attention from money launderers, data from credit reporting agency Equifax Inc. show.

The number of mortgage applications flagged as potentially fraudulent has risen 52 per cent since 2013, Equifax found. The majority of mortgage-fraud applications have come from Ontario and British Columbia, where home prices have risen the most in recent years.

The company, which maintains credit reports on consumers and businesses, collects information on suspected mortgage fraud from banks, other lenders and mortgage insurers who have flagged suspicious applications.

"It could be investing in the market as a way to cleanse money. It could be: 'I really want that home and I'm getting into a bidding war and even though I make $60,000, I'm going to say that I make $90, 000,'" she said. "What ends up happening is consumers think: 'I'm not really doing anybody any harm.'"

About 90 per cent of all mortgage applications flagged for potential fraud have come from banks rather than other types of mortgage lenders, largely because banks have become better at spotting fraud attempts.

Home buyers have seen their finances squeezed by rising home prices in markets such as Toronto and Vancouver, along with several moves by Ottawa that have made it tougher to qualify for an insured mortgage.

That has put more pressure on buyers to alter their mortgage applications to get approved for a loan. "I definitely think there is this fear of a continuous rise in the cost of homes, that home ownership is starting to become out of reach," Ms. Zecevic said.

In an online survey, Equifax found that 84 per cent of Canadians felt the country's housing market had become too expensive for first-time buyers, while 20 per cent of those who didn't own a home said they worried they may never be able to save enough for a down payment.

Another 13 per cent of Canadians told Equifax it was okay to tell "little white lies" on their mortgage applications, while 16 per cent considered mortgage fraud a "victimless crime." Only 8 per cent admitted to actually falsifying information on their own credit applications.

Instances of mortgage fraud were highest in the markets that are also the most attractive to foreign buyers.

That could be in part because hot markets such as Toronto and Vancouver have attracted attention from those looking to launder overseas money through Canada's housing market, or it may be that demand from foreign investors is putting pressure on local buyers to fake their mortgage applications in order to compete for a home.

"It may not be a direct link," Ms. Zecevic said. "It is a question mark, because we don't necessarily know how much foreign investment is in the [housing] market."

Roughly 67 per cent of mortgage applications flagged for fraud came from Ontario, a far larger share than from any other province, including British Columbia, which was responsible for 12 per cent of suspected mortgage fraud.

While both markets have seen home prices surge since 2013, the B.C. government's recent moves to curb foreign investment and speculation in the Metro Vancouver housing market have cooled home sales in the province and also shifted attention eastward, Ms. Zecevic said. "It's just making the Ontario market that much more attractive." 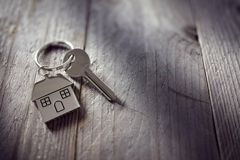