The following article is from Canadian Real Estate Wealth Magazine.

While he is becoming more of a household name as one of the dragons on TV's Dragon's Den and has a venture capital firm helping smaller entrepreneurs, you might not necessarily think of Bruce Croxon as a real estate investor. And yet, while living in Whistler, BC in the late 1990s, Croxon took it upon himself to get into the real estate game after having realized the value real estate can bring.

The bug actually bit Croxon earlier in his life. As a university student in London, Ontario, Croxon, along with friends, bought, renovated and sold a house in the Southern Ontario town. But it wasn't until later in his career that he made it more of a conscious effort and part of his investing philosophy.

"I've been in and out of three properties in Whistler since 2001 and that market has been very good to me, because I'm very bullish, in real estate in general, and more specifically on the resort real estate market," he says.

Croxon is an avid skier and while living in Whistler for about two years he decided to educate himself about the real estate market there. "I learned the market well enough so I thought I could be safe in terms of buying a place to stay and so I added a couple of more places just as pure investment. It turned out to be right for a period of time."

The first purchase was a personal residence. But with the growth in confidence of the local market, Croxon added on to his holdings with a so-called "ski-in, ski-out" condo. He rented that out to a business he owned in the area.

"The third was more for speculation but I ended up renting it out, and at the end of the day, when I was back in Toronto, I decided to sell that one as well – that was a single family residence on a very nice piece of land," he recalls.

Croxon explains that the resort market is of interest to him because of the limited supply of land and development potential for areas that people are interested in visiting. For example, he says Canada, specifically Whistler, has some of the best skiing opportunities in the world. "I think there is limited supply and if you want that terrain you've got to go there and there is a limit on how much you can build. So it was the right combinations to have an asset grow."

With all the asset classes that have made their way in and out of Croxon's portfolio over the years, real estate has served an important niche, especially given his investment strategy.

Says Croxon: "I'm an operator and have not been an investor until recently. [Real estate] was a way to be passively involved in an investment I developed some confidence in. You really don't have to work that asset too much," he explains.

"It will either go up or down on its own. For me that's the attractive part of it. In general, I just think real estate, over a long period of time, has performed quite well. People need a place to live and it seems to be one of those asset classes that survive," he adds.

Despite having sold those Whistler properties, Croxon remains passively invested in real estate, albeit in the commercial sector. He was approached by some high school friends who started a fund called the Evton Real Estate Fund based in Toronto. The company invests in Class-B commercial office space mainly in Toronto. According to their website, Evton has earned a seven-year compound return of approximately 15.5 per cent.

"I have a theory that entrepreneurs are made in the first seven to 10 years of your life or they are not made at all," he says. He points to his father who came from England with £40 in his pocket and made a life in Canada. "I've always been inspired by the guys that had nothing and built something and I looked up to them. I knew early that this is what I would be doing."

By taking a "Best of Toronto" advertising poster business plastered around the city, Croxon was put in touch with people who attempted to convert that print-based product into dial-in advertisements which were the precursor to voicemail. While it was thought that would be the "killer app" of the 1980s, instead, the voicemail application led other uses such as tele-personals.

He got into and grew that business through the 1990s in Canada and Australia and re-branded into Lavalife in 2001 when the internet was still in its infancy.

And while he is what you would consider a 25-year overnight success, Croxon remains grounded about what starting a business is all about.

"If you are working for yourself there is a lot that can go wrong. I call it the 51/49 rule. At the end of the month, 51 per cent of the things you've done right, versus the inevitable 49 per cent where you take it in the teeth – the net two per cent is what you need every month times 12 months to grow a business."

"It's really how you deal with the inevitable down times and be on top of what's going on." He says that if you are not thinking of your business on a Sunday, than someone else is, and you must be on top of things at all times.

Of course real estate is very much a people business. Tenants and landlords are in a constant contact with each other and relationships can make or break the arrangement. Croxon says when he is thinking about tenants, new business partners or hiring someone on, it is important to do an assessment and screen people thoroughly.

"The number of times I've hired people, for example, that didn't fit the criteria I had made up before, has come back to burn me every single time," he stresses. "People's character is not going to change. You're not going to get a bad tenant, and because you are the landlord, make them change. Your job as a landlord is to find out who they really are."

He says he has often been too optimistic with people he has hired and knows he shouldn't have held on to them. "If you know the answer, don't put off the conflict or unpleasantness. It will cause you a lot more pain in the long-term if you don't."

Overall, Croxon says make sure you know who you are first and if you are looking for partners, ego and personality should be kept out of it. The same, he says, will be true of your real estate relationships.

"There are a lot of people competing these days on the same thing and I think it's important to do one or two things well rather than a whole variety of things. That would be my main piece of advice for people starting out. Also, be prepared to work really hard."

Understand what you are giving up by tying up capital 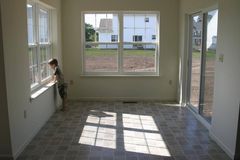