If the slowdown in the housing market worsens, Mr. Flaherty will be blamed as he was after effectively killing income trusts in a surprise announcement made on Halloween night in 2006. The Minister, and his government, will be accused of being bad economic managers if the housing sector falters. But what people will really be saying is: "How dare you, Mr. Flaherty?"

People are funny about financial assets that soar in value, be they income trusts or houses. They see them as being special in some way, a phenomenon of nature that should be left untouched so as to allow folks to make some serious money.

But assets that soar in value are the ones we need to worry about most. Everything in finance is cyclical, which means there are ups and downs. The more an asset rises in price, the more vulnerable it is to a nasty pullback that causes damage both to individuals and the economy.

Mr. Flaherty moved to cool the overheated housing market last summer by capping the maximum amortization period at 25 years for people with down payments of less than 20 per cent. The impact of this move so far has been negative, but not alarmingly so. House sales were off 17.4 per cent in December on a year-over-year basis, but prices were up 1.6 per cent, on average.

Looking ahead, the continued availability of low interest rates could stabilize the market. Or, strained affordability and overbuilding in some centres will send prices lower along with sales. If housing sinks, expect the government's changes to mortgage rules in 2012 to be condemned the same way the income trust decision was.

Income trusts, basically companies that paid all or most of their cash flow to investors through monthly distributions, were a very good investment vehicle gone wrong. Their structure allowed trusts to pay little or no tax, but it also obliged them to distribute cash with no regard to how the underlying business was performing. The result was less corporate tax revenue for government, and a series of investing blowups when trusts failed to pay the expected amount of cash.

Mr. Flaherty snuffed out trusts by announcing the government would start taxing them in 2011. In response, most trusts converted into dividend-paying corporations that pay far less cash than they used to. The complaining from investors about the demise of trusts was long and loud, although it never seemed to hurt the Conservatives in an election. Every so often, I still hear the odd gripe from readers.

The blowback if housing falls hard will be worse because homes are widely believed to be a special kind of asset that benefits the entire population. It's an easy impression to come away with after watching the rules shift over the years for home-buying down payments.

Decades ago, buyers had to put down a minimum 10 per cent and amortize over 25 years at most. The minimum down payment briefly fell to zero a few years ago and now it's 5 per cent. Amortization periods expanded to as much as 40 years for a time, before being reeled back.

To some extent, these changes resulted from competition in the market for mortgage default insurance, where Canada Mortgage and Housing Corp., a federal agency, has battled private insurers for market share. But when CMHC makes it easier to afford a house, a signal is sent that the federal government wants you to be able to buy a house.

Housing's stature has been further inflated by its cultural and economic importance. Multiple TV channels celebrate housing, and a fair chunk of the retail industry is directly home related (think of HomeSense, Home Depot, Home Outfitters, Home Hardware, Sears Home and the like). Also, housing-related spending accounts for close to 20 per cent of economic output. What's good for housing is thought to be good for all of us.

Mostly, though, housing is thought to be special because of its value as an investment over the past couple of decades. As mentioned in a recent column (online at tgam.ca/Dlfb), housing prices nationally have risen about 5.6 per cent annually since 1980.

After five years of up and down stock markets, Canadians have become very possessive about their gains in housing. If housing prices plunge, they'll be looking for someone to blame. That would be Mr. Flaherty, even if he was just doing his job. 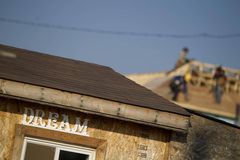 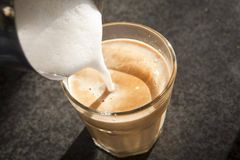 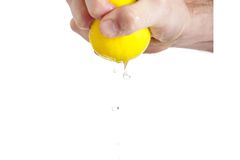