Over last few years, banks, economists, the mortgage industry and even Finance Minister Jim Flaherty have all been singing the same tune: That rates have nowhere to go but up.

Instead, mortgage rates have dropped even further. That hasn't discouraged the mortgage establishment, which continues to push long-term fixed rates. And for some people, that's good advice.

But with no sign of imminent rate hikes, borrowers are starting to question the professionals. Clearly, locking into a long-term fixed rate is not the no-brainer many are painting it to be. If variable rate discounts were as good as they once were, lenders would be selling a lot more of them than they are.

Unfortunately, the variable rate du jour is a stingy prime minus 0.25 per cent (2.75 per cent). That makes the interest savings of a floating-rate mortgage pale in comparison to the rate security of the more popular 3.09-per-cent five-year fixed.

Luckily, the mortgage world isn't limited to two terms. There are a heap of options besides the five-year fixed and variable.

One term, in particular, gets overlooked: the one-year fixed. Only one in 16 mortgage shoppers opt for a one-year fixed, according to the Canadian Association of Accredited Mortgage Professionals.

Yet, despite its obscurity, the one-year is becoming the new variable rate. Why? Because one-year fixed mortgages sell for just 2.39 per cent at the moment. That's the rate equivalent of prime minus 0.61 per cent, which is a decent variable rate historically.

Interestingly, one-year and variable rates happen to be close cousins. They have a 93 per cent correlation which, as you can see in the accompanying graph, indicates they generally move together.

Both the one-year and variable are highly dependent on what the Bank of Canada does with rates. On that note, it's worth mentioning that bond market traders – who always put their money where their forecasts are – currently expect a greater chance of a rate cut in the next year than a rate hike. For those who give credence to the financial markets, this may make one-year terms slightly more attractive.

Looking further out, many believe Canada's mature economy, a lacklustre U.S. economy and the Bank of Canada's inflation vigilance will likely keep growth and inflation restrained for the foreseeable future. Add to that the European debt crisis, the pending U.S. fiscal cliff, and a slowdown in Asia, and the rate outlook starts looking benign.

If you end up taking a one-year for the reasons outlined above and you end up being right, you'll enjoy a bit of savings. At current rates, a one-year term will save almost $700 of interest per $100,000 of mortgage in the first 12 months.

What's more, you can lock in your renewal rate three to six months in advance, depending on the lender. Some one-year terms are even convertible, which means they give you the option of switching to a five-year fixed rate at any time without penalty. (The tradeoff: The rate you receive when converting will not be the best in the market.)

And speaking of penalties, one-year terms make it far easier to avoid them. If you need to change your mortgage or make a large lump-sum payment, you don't have to wait long for renewal to avoid getting hit with those fees.

But one-year mortgages are not without shortcomings:

Greater rate risk: Your interest rate resets more often. If rates surge one per cent, your payments could jump roughly $50 a month for every $100,000 of mortgage.

Re-qualification risk: If your employment changes, your finances deteriorate, or mortgage rules change (again), you could find it hard to switch lenders or get re-approved at renewal. Most lenders offer renewals without re-qualifying you, but that is never guaranteed.

Upfront qualifications: It's usually harder to qualify for a one-year fixed than a five-year fixed. With a one-year mortgage, lenders make you prove you can afford much higher payments in case rates go up by your renewal.

Frequent renegotiation: Some people just loathe haggling with a lender every 12 months.

Switching fees: If you need to switch lenders at renewal to get a better rate, the minimum you'll pay is a discharge or assignment fee. Your new lender will rarely cover that cost. There may be additional fees as well, like legal and appraisal costs, depending on the lender you move to and your type of mortgage.

One-year rates are generally suited to financially sound risk-tolerant borrowers, or those needing a short-term mortgage. If more than a third of your income goes toward housing expenses and you have minimum savings or equity, a one-year term probably isn't for you.

For others, a one-year mortgage makes for a fitting variable-rate substitute. And that will probably be the case for a while – at least until the variable discounts of old return. 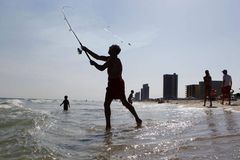 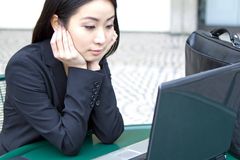