Dan Wesley and his wife bought a two-storey, three-bedroom house in the Calgary suburbs two years ago.

"If I was 10 years younger and just starting out, I would likely live closer to downtown," said the 31-year-old chartered accountant and author of the Our Big Fat Wallet blog. But he and his wife plan to start a family soon and did not want a shoebox in the city – they were looking for multiple bedrooms and a yard.

"The big trade-off, of course, is the commute," he said of their decision to buy on the outskirts of town.

Mr. Wesley's wife drives to her job as a teacher in a neighbouring suburb while he works downtown, a 30-minute journey on rapid transit. In order for him to get to the train station, the couple bought a second car. Despite the cost of the extra vehicle, as well as the monthly transit pass and parking, Mr. Wesley says they still save $900 a month by living farther out.

Given the steep run-up in downtown house prices, particularly in Toronto, Vancouver and Calgary, many Canadians are looking to the suburbs – and increasingly the outer suburbs – in their search for affordable housing. Living in the suburbs often means owning two cars and commuting farther to work, which can eat into the savings afforded by the smaller mortgage.

David Fleming, a real estate agent with Bosley Real Estate and writer of the Toronto Realty Blog, says more people are considering leaving the city for suburbia. "I have many clients who are asking themselves: Do we live in a two-bedroom, two-bathroom for $500,000 or do we move out of the city and get a five-bedroom, four-bathroom for $500,000?"

"There is no magic one solution," he says. The decision boils down to the amount of space people want, the size of the mortgage, the length of the work commute, and also the lifestyle, which is very different in the suburbs compared to downtown.

For some people, the idea of "driving an hour to and from work each day is a fate worse than death," Mr. Fleming says. But others, such as those who work at home or have flexible hours at the office, love the idea of buying a house in Orillia for $300,000 that would have cost them $1-million in Toronto.

Staying in the city or moving to the suburbs can make good financial sense depending on one's situation, says Barbara Garbens, a chartered financial planner in Toronto.

Home buyers who are young, single and career-oriented might want to live in a small downtown condo if it means they can walk to work and socialize in the evenings, she says. But once people marry and start to think about having children, they tend to want bigger homes near good schools, parks and other family-oriented infrastructure.

Ms. Garbens says people should be careful not to saddle themselves with cumbersome monthly payments. "People who buy more than they can afford get stuck in a loop where all they are doing is paying off their mortgage. They have no extra money left over to enjoy life."

Tsur Somerville, a professor at the University of British Columbia who studies urban economics and real estate, says housing affordability is different in each Canadian city. But generally speaking, "further suburbs are more affordable and closer suburbs are less affordable."

House prices in the downtown west end of Vancouver rose 11 per cent a year between 2009 and 2014. That compares to a 4-per-cent comparable rise among houses on the outlying Fraser Valley area. "What has happened is that certain areas have gotten dramatically less affordable when compared to others," Mr. Somerville says.

Mr. Somerville's advice for people looking for an affordable home is to be open-minded. "People tend to be very fixed on the idea that this is how I am living and must continue to live. What ends up happening is that they find out there are different things that are appealing about different locations."

He urges buyers to at least take a look at housing they might not have necessarily considered, both in terms of location and size. "A lot of people who do that end up being happy wherever it is they buy," Mr. Somerville says.

Mr. Wesley has no regrets about his move to Calgary's suburbs. Although there are things he dislikes about where he lives – such as having to drive everywhere, even to the corner store – he feels the pluses far outweigh the minuses.

He and his wife have a big yard, an unfinished basement and enough room for their future family to grow. And the money they are saving each month through the smaller mortgage is going toward retirement – and perhaps a holiday. 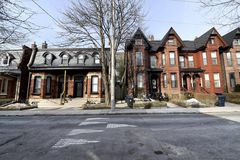 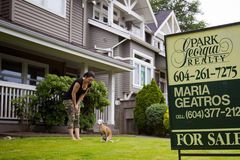 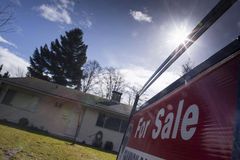 Fixer-uppers not for the faint-of-heart
September 23, 2014 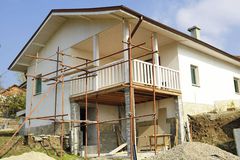 When it comes to home buying, smaller is better
September 16, 2014
Follow Roma Luciw on Twitter @https://twitter.com/RomaLuciw
Report an error Editorial code of conduct
Due to technical reasons, we have temporarily removed commenting from our articles. We hope to have this fixed soon. Thank you for your patience. If you are looking to give feedback on our new site, please send it along to feedback@globeandmail.com. If you want to write a letter to the editor, please forward to letters@globeandmail.com.
Comments