Even years after her first tenants moved out, Donna Grimshaw still remembers the damage the they did to her townhouse.

She rhymes it off like a shopping list, starting with bedroom carpets that were destroyed, water damage from an overflowed toilet, and a junk car that spilled oil down the driveway.

"They were just brutal," the Hamilton resident said. "They destroyed the place. It had to be repainted, things were broken. They didn't care."

Despite the bad experience, she wasn't deterred from renting out her "pension property" again, and two tenants later, she prefers to consider the disastrous first time as a lesson learned.

Like many Canadians, Grimshaw had a property dilemma on her hands after she remarried and bought a home with her new husband, after owning in a townhouse for several years. One of the options was to keep her townhouse and rent it out, but as she learned, overseeing a property isn't for the timid.

Real estate is generally considered a stable long-term investment, but you have to do something with it in the meantime. Operating multiple properties can be a time consuming, and unpredictable situation that's not necessarily the best way to make money.

"I don't think people realize how much it costs to run a house," said Dan Lang, a property manager at Re/Max Little Oak Realty in Abbotsford, B.C.

Sure, there are the obvious expenses like electricity and general maintenance, but appliances also have a lifespan, and replacing the fridge and stove can get mighty expensive. Then there's the expectations from the insurance company which can blindside any property owner.

But sometimes footing the bill for some upkeep can be worth it in the long run.

Grimshaw held onto her townhouse because she wanted to avoid the capital gains from a sale that would've bumped up her taxes, if she'd sold the secondary property. If she holds onto the property for a few more years, the 56-year-old woman can sell it when she retires and in a lower tax bracket.

In the meantime, she plans to make a small amount by renting it out. That will cover the mortgage, taxes and still give her a bit of cash.

"The way I look at it, the property is going up in value," she said.

For Shannon Nichols, renting her Toronto home was more of a necessity. Family issues forced her to move away for two years, but she didn't want to sell her place because she knew she'd have to buy again when she returned to the city.

But being a landlord proved to be an expensive venture once the insurance companies got involved.

"Lots of people wouldn't cover it, or they wanted a crazy amount of money, like $4,000, to insure my home," Nichols said.

Eventually she settled on an insurer who agreed to about $200 per month, though even that was a struggle to secure, she said.

Nichols planned to ask for rent at the low end of expectations in exchange for a "decent tenant," though her property manager advised against it.

"(He said) don't do that because it just attracts the wrong kind of people," she said.

"You just put it at the market value, and the people who can afford to pay the rent are probably the tenants you're going to be most happy with."

Finding the right tenant could take some time and that's a factor landlords should price into their budget, said Dawn Tam, a regional financial planning consultant at RBC Financial Planning.

She said landlords should set aside an emergency fund to cover expenses during periods where the property doesn't rent.

"What happens if it's vacant for two months, three months or six months?" she said. "And if it sits idle for too long, ask yourself what you're going to do with it."

In Toronto, broker Sharon Soltanian said a number of her clients have wound up locked in litigation.

"They can take the landlord for any false reason to the courts, and it can take months consuming time, stress and money for the landlord," she said.

The legal rights of tenants vary by province, something that can make the process especially confusing.

In one case, Soltanian recruited a family-oriented tenant who seemed like they would be perfect for her client's property, but within months had turned into a tenant from hell. She said the tenant and her family were frequently calling to complain about problems with the property.

Then one day the mother fell on the property and the family filed a report with the police.

"They were in the court for two years, and they spent about $80,000 on lawyers," Soltanian said of her clients.

Eventually she said her clients hired a different lawyer who dug into the family's history and discovered they filed a nearly identical lawsuit with a major supermarket chain several years earlier. The case was dismissed.

While it's impossible to perfectly vet each tenant, Grimshaw has taken a more hands-on approach since she replaced her carpets and fixed the water damage in the townhouse.

After hiring a property manager the first time around, she decided to forgo the broker and list her property directly on free classifieds website Kijiji, which generated a strong response from interested tenants.

Listing without the assistance of a property manager carries its own risks, as a licensed professional should know all of the provincial laws and can help with budgeting, but Grimshaw said she's happy with the decision.

"If I had more money, I'd probably rent another place," she said. "These current tenants really inspired me. It uplifted us, because there are decent people out there." 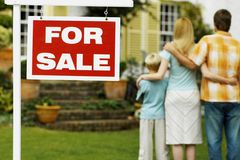 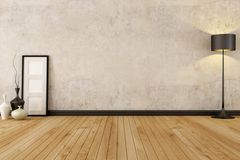 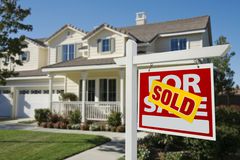 When it comes to location, what do home buyers value most?
May 9, 2013 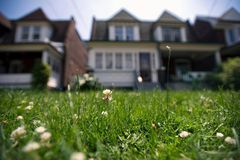 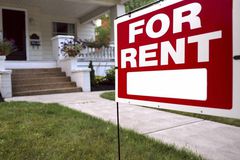