Mortgage rate predictions are as often wrong as they are right. Yet, many mortgage shoppers believe that these forecasts give them an edge.

Unfortunately, rate expectations sometimes prevent people from picking the lowest-cost mortgage. For instance, those who believe rates can only rise could ignore shorter terms.

It doesn't help that those who sell mortgages often have an economic incentive to push standard five-year fixed terms. (Read more about that here.) And economist rate predictions play right into that, with today's average bank economist forecasting that rates will rise in the spring of 2014.

But economists have been pushing back their rate hike forecasts for more than three years now. And, with many expecting subdued economic growth and low-inflation , it wouldn't be shocking if they pushed them back again, to 2015 or beyond.

It is noteworthy that at the moment not one major economist, as tracked by Bloomberg, is predicting lower rates. Given Canada's tentative economy, global uncertainties and sheer random probability, you'd think that at least one economist out of dozens would break from the herd and forecast lower rates.

Research also shows that many economists exhibit an upwards bias to their rate predictions. Three years ago, for example, not one economist tracked by Bloomberg predicted that 10-year bond yields would fall below four per cent. Today, 10-year yields are less than half that.

It's likely that few economists now want to go on record predicting lower rates while the Bank of Canada is trying to convince us that rates are headed higher. But the central bank itself is not immune to forecasting error.

The only purely objective rate analyst is the bond market – which directly influences fixed mortgage rates. The bond market isn't swayed by talking heads. Instead, it methodically sets rates based on inflation expectations and demand for "safe" government investments.

As a rule of thumb, the best five-year fixed mortgage rates are generally 1.50 percentage points higher than the five-year bond yield. As of when I was writing this column, that yield was 1.29 per cent. This puts us near 2.79 per cent today for an ultra-competitive five-year fixed.

But a lot of countries have five-year bond yields below one per cent. And some of those countries are arguably less desirable credit risks than AAA-rated Canada. That's why some believe that Canadian bonds are undervalued. If they are, it's not unthinkable that greater bond demand could boost bond prices, lower yields and reduce mortgage rates.

You may wonder if Finance Minister Jim Flaherty would let rates drop without a fight, given his criticism of BMO and Manulife for promoting sub-3 per cent mortgages. But Ottawa has little power over unadvertised rates, or those of non-bank lenders who are not federally regulated.

So how do you as a home owner use this information to pick the best mortgage? Like many, you may be torn between a five-year fixed and a shorter term or variable rate. Your mortgage adviser may rightly tell you that rates only need to rise three-quarters of one per cent in mid-2014, and stay there, for a five-year fixed to save you money versus a variable or short term. (That assumes you don't need to break your mortgage , for which you'd potentially face a higher penalty in a five-year fixed.)

But what if rates stay the same – or even drop? In that scenario, today's best one-year fixed rates would save you roughly $500 in the first 12 months when compared to a five-year fixed, for every $100,000 of mortgage.

A one-year borrower would then have the option of rolling into a second one-year term–saving at least $1,000 over two years if rates stay the same. Again, that's $1,000 for every $100,000 of mortgage.

The question is, does this potential savings make it worth betting against higher rates? For people with tight cash flow, limited savings, high consumer debt, job instability, credit issues, minimal equity and/or a long remaining amortization, the answer is usually no.

For others, it pays to weigh the risk versus reward. You can start by comparing your term options. If you want a mortgage that's five years or less, you can take a:

If you pick a one-year fixed, the risk is potentially higher rates when you renew in 12 months. Rates could pop one-half per cent or more if economic growth heats up.

Of course, rates could jump over one-half per cent in 12 months. So a one-year fixed borrower would want to be sure he/she can afford the risk of 10-20 per cent higher payments. But rates can fall as well, in which case you'd be renewing into an even cheaper mortgage.

Fortunately, it's now possible to lock in a renewal rate up to six months in advance. The makes one-year fixed terms very nimble by reducing the time you're exposed to rising rates by half (i.e., to only the first six months of your term).

And if you happen to live in Manitoba, credit unions offer renewable six-month terms as low as 2.14 per cent, a fantastic deal that gives you more flexibility for locking in a great rate. Hopefully we'll some day see lenders outside of Manitoba offer six-month rates this low.

So the question is, is the guaranteed upfront savings of a one-year fixed worth the potential downside? You'll need to be the judge. There are exceptions to the above guidelines so get personalized advice.

One thing we know is that despite all the jawboning about rate increases, no one can tell you with any degree of certainty where rates are headed. There is at least a 50 per cent theoretical chance that rates will move sideways or drop in the next year. Trading in a long-term mortgage for a one-year fixed can therefore be a sound play for certain financially secure borrowers. 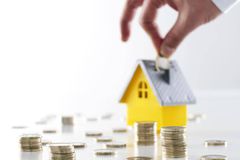 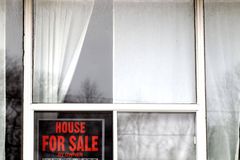 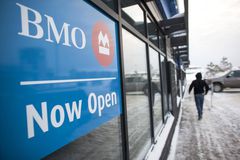 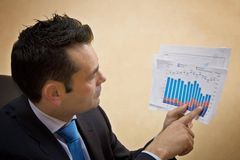 Your bank mortgage: Is it fair and does it suit your needs?
February 11, 2013