The 30-year-old from Brampton, Ont., then turned his attention to saving. Using low-cost index funds, he maxxed out his tax-free savings account and put a whack of money in his registered retirement savings plan. "In terms of financial responsibility, I don't know anybody who has been as diligent as myself," he says. "I've pretty much become a money coach for a number of friends and family members, including my dad."

This young man gets personal finance. What he doesn't understand is the housing market. Recently married, he's thinking about home ownership and finding himself unable to decide what to do. Should he continue to rent a house with family members, as they're doing now? Buy some land and build a house on it that can be shared with family? Suck it up and buy a single-family house, despite his concerns that he'll be a slave to his mortgage?

"Housing just continues to run away," he said. "We're at the point of wondering whether we will ever be able to afford anything."

Let's look into his story in more detail. Several years back, he graduated with a big student debt after earning a teaching degree. Dim employment prospects for teachers persuaded him to take a marketing job with a local car dealer. By living at home and selling his car, a high-end bike and some other possessions, he was able to kill off the student debt in a year while earning a salary of $45,000.

Having mastered the discipline of living on only a little money, Mr. Marritt has redirected the money going to debt repayment into savings. At the same time, he is keeping expenses low by renting a house with members of his wife's family. It's a tight fit with six adults and a bunch of kids, but the couple's portion of the rent is only $300 per month.

Today, Mr. Marritt has about $85,000 invested in a diversified portfolio of index funds, enough for a 20-per-cent down payment on a modest house in Brampton, which is roughly a 40-minute drive northwest of Toronto. Home sales in the Greater Toronto Area have soared lately, but he's reluctant to just go with the flow because of the impact on his financial flexibility. "People become a slave to their home," he said. "You can't save the same way once you buy."

One solution he's thought of is to buy or build a house that he can share with other family members, including his dad and step-mom. But he's had no luck finding such a home, or the property on which to build one. Another thought he has is a tiny home – basically a miniature house you set down in a trailer park, backyard or laneway. Again, he's been unable to find this kind of housing in Brampton.

Meanwhile, friends are buying houses and adding to the pressure he faces. "My wife is going over and checking them out and she's coming home and sending me real estate listings every day," Mr. Marritt said.

If he does buy a home, he's worried about the market falling. He also worries about interest rates rising. Smart enough to know that rates have been at freakish lows for his whole life in the work force, he wonders what "normal" rates look like.

Mr. Marritt might be overthinking this housing thing a bit. But you have to admire his independence from a home-buying herd that has been pushing up sales in the Toronto area by double digit amounts in recent months. Note: That was before the most recent Bank of Canada rate cut, which has led to slight reductions in some mortgage rates.

People today are contorting themselves to get into the housing market. They're turning to private lenders at higher rates than the banks, they're draining cash from their parents' savings and they're accepting a household financial imbalance that could last for years. If they buy a home, their ability to save and spend on other things could be harshly restricted.

As for Mr. Marritt, he's an example to all young adults. Attack debt, save aggressively and keep your options open in the housing market.

For young adults, stock market a better investment than home ownership
May 24, 2015 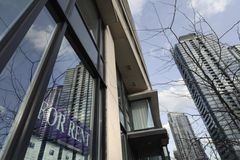 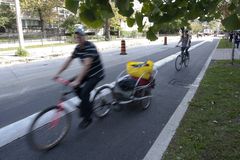 Millennials set to transform finance as banks look to adapt to their needs
June 24, 2015 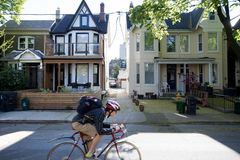