The debt threat facing this country begins at home.

Mortgages are by far the biggest component of a national debt load that has recently prompted warnings from the Governor of the Bank of Canada and one of the country's largest banks.

Their concerns raise questions about the way in which financial institutions ensure people can afford the mortgages they need to buy a home. Raising a family and maintaining a home require finesse and constant financial manoeuvring. And yet, the housing affordability measures used by bankers are strikingly simplistic.

In essence, they provide a snapshot of a home buyer's ability to meet his or her basic housing costs and other debts based on gross monthly income. Bankers say these calculations serve them well, but others question how effectively they size up someone's ability to carry the cost of the house through real life's ups and downs.

It's a critical question because these affordability measures are the margin of safety on which the housing market depends at a time when people are paying near-record prices and facing higher mortgage rates ahead.

Look to the United States to see what happens when people suddenly can't afford the home they own. "In the back of our minds, we all worry about the U.S. scenario, where we have large groups of people in society who cannot afford to make the payments on their house," said Moshe Milevsky, a finance professor at York University's Schulich School of Business. "They're under water, they're stuck, and that can lead to larger problems."

1. Evaluating Affordability: How It's Done

The average Canadian two-storey house costs $360,000, so a huge mortgage is inevitable for most buyers.

Two simple, time-tested measures are used by lenders to ensure this debt load is affordable.

The first is called the gross debt service ratio, or GDS. The rule is that monthly housing costs, usually defined as mortgage payments (combined principal and interest) plus property taxes and heating, should not exceed 32 per cent of monthly household income before taxes.

The second measure is called the total debt service ratio, or TDS, and it compares monthly income to housing costs plus payments on lines of credit, credit cards and other debt. Housing costs plus debt payments shouldn't exceed 40 per cent of income.

"I'm 23 years in the business and we haven't really adjusted the debt ratios," said John Turner, national director of specialized lending at Bank of Montreal. "They're tried-and-true guidelines that are proven to work for us in the industry."

The 32-per-cent GDS limit and 40-per-cent TDS limits are definitive enough that Canada Mortgage and Housing Corp., a federal government agency, uses them on its website to help home buyers see if they're financially ready to buy a home. But there are some variations.

Mr. Turner said some lenders will factor 50 per cent of condo fees into the calculation for the GDS, while solid borrowers might be allowed to take their TDS as high as 42 per cent.

Lenders use "five Cs" in analyzing someone's ability to afford a mortgage: capacity to repay, which refers to income; collateral, or the value of the home; character, which factors in things like your record in repaying previous debts and how long you've been at your job; conditions, which refers to economic conditions; and, capital, or the down payment. Mr. Turner said that if someone is weak on capacity but strong everywhere else, a higher ratio may be allowed.

Debt service ratios serve the needs of lenders and are not meant to assure borrowers that their debt loads are manageable, said Jeff Schwartz, executive director of the non-profit Consolidated Credit Counselling Services of Canada. Homeowners may in fact struggle to cover their various monthly expenses, even if they're comfortably onside with the two debt service ratios.

Lenders accept this potential risk because they know people will pay their mortgage while letting other debts slide, Mr. Schwartz said.

"The mortgage is the first thing that gets paid," he said. "People will pay for their shelter first because they're fearful of ending up on the street."

2. Flaws in the System

Assuming you don't eat, have kids or drive a car, the calculations that decide whether you can afford a mortgage should fit you perfectly.

Everyday expenses are not considered when lenders size you up for a mortgage. All they look at is whether payments on an applicant's mortgage and other debts plus property taxes and heat will account for more than 40 per cent of gross household income.

"I have a big problem with the idea that you can spend 35 to 40 per cent of your income on housing and debt because the numbers don't take into account all the other expenses we incur," said Schulich's Prof. Milevsky.

Like income taxes and contributions to registered retirement savings plans, for example. "If we're supposed to save for retirement and if we're paying average taxes of about 23 to 25 per cent, there isn't much left for housing," Prof. Milevsky said.

And yet, there are many more fixed expenses to juggle. Groceries, transportation costs and daycare are among the ones listed by Laurie Campbell, executive director of the credit counselling agency Credit Canada.

On top of that, consider the sudden, staggering expenses that homeowners must inevitably cope with. "People get themselves so bogged down," Ms. Campbell said. "They get into their home and their roof needs repairing three years after they move in. There's $3,000 to $4,000 right there."

A typical way of managing sudden expenses is to tap into a home equity line of credit, where people borrow against the value in their homes. But credit lines represent added debt that can push people offside on the debt measurements that lenders use when setting up mortgages.

Rising interest rates put even more pressure on affordability. Mortgage rates are still close to all-time lows as a result of the financial crisis, but sooner or later they will rise back to normal levels. It's just a matter of time until mortgage holders are affected - variable-rate mortgages get more expensive gradually, while people with fixed rates pay more at renewal time.

The Bank of Canada has estimated that 6.1 per cent of households were already spending 40 per cent of their personal income to carry debt in 2009. The bank figures that this number will rise to 7.5 per cent in mid-2012 if mortgage rates rise to pre-recession levels.

A wave of defaults is the worst case if rates surge and people can't afford the high-priced homes they bought in recent years. But economist Benjamin Tal of CIBC World Markets doesn't see this happening.

"You will have defaults rising - they'll be higher than they are now - but not in a very significant way," he said. "Remember, interest rates rise for a reason - the economy is improving."

How to Protect Yourself

Protect yourself against buying more house than you can afford and you help prevent the kind of national housing catastrophe that is into its fourth year in the United States.

Mortgage lenders measure your debt load in relation to your income to assess how much you can borrow to buy a home. Tempted to buy as much as they'll lend you?

So were a lot of the home buyers who later ended up coming into the Toronto offices of Mr. Schwartz's credit counselling agency. "That's a trend we've seen among our client base for a while now," he said.

His preferred solution is to take a completely different tack than lenders do in assessing how much mortgage you can handle. Start by putting together a budget that sets out the percentage of your net income that will go to all housing costs, including mortgage, property taxes and home insurance.

"By and large, we tell people you should probably only spend about 25 per cent on housing," Mr. Schwartz said, before acknowledging that people living in high-cost cities like Vancouver or Toronto may have to go as high as 30 or 35 per cent.

Vancouver mortgage planner Robert McLister said he starts his evaluation of how much a home buyer can afford with the standard measures used by all lenders, the gross debt service and total debt service ratios. He then asks clients whether they have savings that they could depend on if they lost their job, and how much money they have left over at the end of the month.

If at some point your mortgage debt becomes unmanageable, you can ease the load by taking longer to pay off the loan. This is called extending the amortization period and Mr. McLister said it can be done through a routine refinancing of your mortgage (expect to pay a few hundred dollars for this transaction).

The longer your amortization period, the smaller your payments. The tradeoff is that you'll pay more interest and take longer to be mortgage-free.

"You do what you have to do," Mr. McLister said. "But even if the amortization is 25 or 35 years, that doesn't lock you in for life. When you're up for renewal, you can reduce the amortization period if times are better." 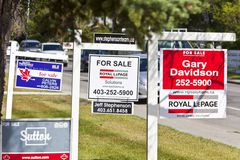 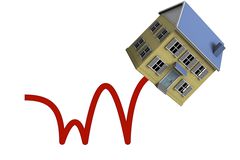