The Musqueam Indian band has made its first push into real estate development, starting with a forested lot at the University of British Columbia.

The fledgling real estate magnates start business with nine forested hectares adjacent to the University Golf Club, which they also own. As part of the first public consultation, they unveiled plans at the golf course clubhouse last week, to build a mixed-use project that could include a 1,000-unit prepaid leasehold condo development, 30,000 square feet of retail, rental apartments, a hotel, and office space. About 1.2 hectares of the nine-hectare lot, referred to as Block F, would be reserved for park space.

Musqueam council member Wade Grant is economic development co-ordinator of the Musqueam Capital Corporation that is overseeing the project. They would have got started sooner, he says, but there was the recession that hit just when the province transferred Block F to them as part of the reconciliation agreement.

"Of course, everybody knows about the economic downturn, so we were taking our time, and we had to get our house in order," says Mr. Grant. "So with any major development, and especially this being Musqueam's first one, we wanted to make sure we were doing it correctly. Today, this is the first of many community consultation meetings for this rezoning.

When the land was transferred to Musqueam in 2008, it was already zoned for multi-family development, so the forest there now was already doomed. The Musqueam are seeking a rezoning application to build mixed use, which Mr. Grant says would be more community friendly than a massive block of only townhouses and condos. And he has a point. If anyone takes a drive through UBC these days, there is an oppressive wall of residential development that's about as welcoming as the condo row that runs along 16th Avenue, from Oak to Cambie. Solid residential makes for a lousy pedestrian stroll, and turns into a ghost town at night.

The redevelopment of forested land is always a touchy topic for anyone who thinks it's bad to pave over nature for the sake of a buck. At the consultation meeting, there were people who turned out with that very concern on their minds. However, as several others pointed out, the Musqueam now own the land, and they're entitled to develop it and make money from it, as any land owner would.

Anyone interested in seeing the feedback can go to a great new site called PlaceSpeak, which is an online service that allows community members to say their piece without being crowded out by the same old inflammatory crowd that has to comment on everything, better known as "trolls."

The acreage at UBC is only the launch of a much more expansive plan for the band. They've been spending the last few years getting their ducks in in a row for major growth. They've formed the corporation, appointed a new chief executive officer, are putting together a board of directors, and have hired spokesman Mr. Grant, who once worked in Victoria as executive assistant to the solicitor-general. There is a plan under way to renovate the Fraser Arms Hotel in Marpole and redevelop 142 hectares in Ladner for commercial use. They are building a marina at the south end of Granville Street in Marpole with partner Bastion Development that will be finished next summer. The band also owns Shaughnessy Golf and Country Club, which, in terms of real estate, is roughly estimated to be worth about $1-billion. But that property has a lease until 2032, so it will be a long time before golfers need to worry about redevelopment.

"It is a large chunk of land and it overlooks the strait, with an amazing view," says Mr. Grant. "Our company has a community plan that will say what is going to happen once the lease is done. It's a desirable piece of property. We want to expand our housing for our members on our main village site, but in order to do that, we have to generate income. So that would be the logical next step, once that lease is up."

The idea is to stop taking "government handouts," and become self-sufficient, as Chief Ernest Campbell put it last year, before he retired. Mr. Grant agrees with that assessment.

"Exactly. Real estate is really the only business that Musqueam can venture into, because we are an urban aboriginal community. And we are not up in the north or in the east where there is oil and gas and forestry we can sink into," unfortunately – and fortunately, he adds. "The city grew up around our territory and there are very few pieces of property left to take advantage of, that's why we are trying to move forward with this and that was part of the whole reconciliation agreement of 2008."

Mr. Grant wouldn't put a price on Block F because it will take a dozen years to fully develop, and Musqueam will be leasing the property to a developer. However, according to Colliers International, condo prices in the first quarter of this year were at $697 per square foot. With 1.2 million square feet to be developed, that is an estimated $836-million worth of product to be built. Not a bad start. 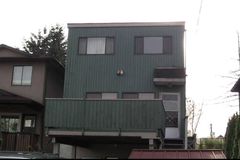 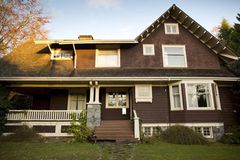 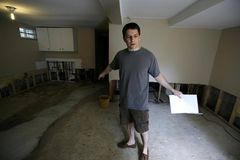