The Albany Club, established 1882; the National Club, 1874; the York Club, 1909; the Arts & Letters Club, 1908; and the Toronto Club, 1837. All venerable Toronto institutions, but if a light pocketbook or a lack of connections prohibits membership, there is one century-old club you can join for the low, low price of $250.

Except the clubhouse is, well, your own house.

Last year, Heritage Toronto – an arm’s-length charitable agency of the city – began offering “Century House” plaques that double as address markers to those with homes 100-years-old or older. And if one is unsure of their home’s exact age, don’t fret: the crack team at HT will spend a few hours at the Toronto Archives combing through the Goad’s Atlas (fire insurance maps), city directories, archival photographs or building permits to ensure it qualifies. 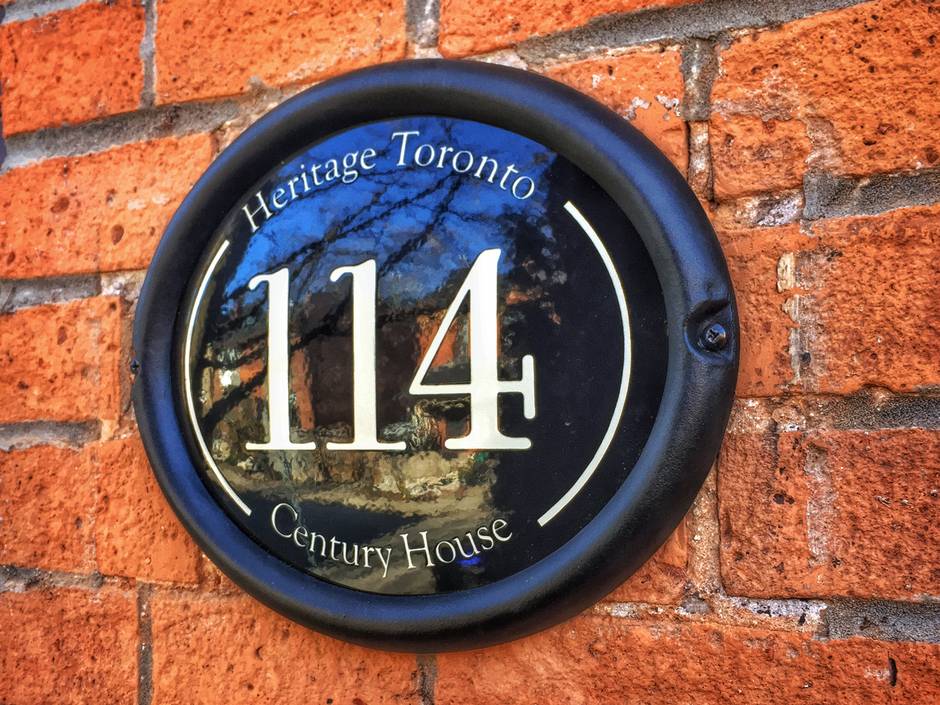 “Some homes are trickier to verify than others,” admits Stacey Rodas of Heritage Toronto. “It depends on the area, when it was built up, the fire maps that are available for the area … so we do a lot of work.” Of the more than 50 who applied for the handsome enamel oval thus far, only one was turned down because of a lack of supporting documentation. 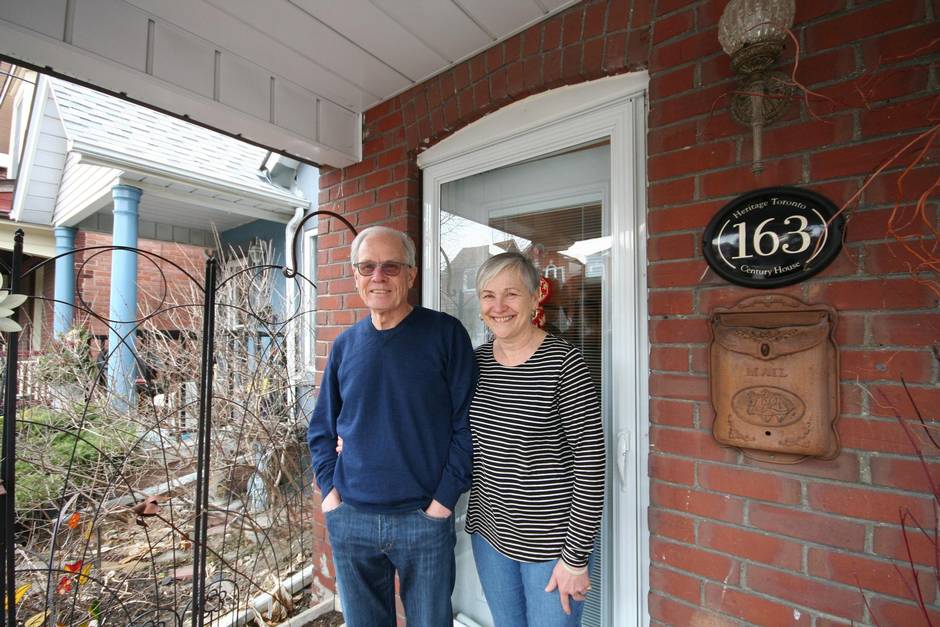 Charles Lindsey and Sophie Porszt at home. (Dave LeBlanc for the Globe and Mail)

Since the plaques omit background information or historical photographs (such as those available to owners of buildings on the Inventory of Heritage Properties, which start at $550 and can go as high as $6,000 for cast bronze), the hope is that average homeowners in average neighbourhoods will embrace them as a little bit of house-bling that can also raise awareness.

And because it’s 2016, neighbourhoods that haven’t really been considered “heritage” before are coming online all the time. “Well, we were very surprised,” confirms Charles Lindsey, who, with Sophie Porszt, has owned a tidy little detached two-story in the St. Clair/Oakwood area since 1987. “We only found out by looking at our assessment notice.” 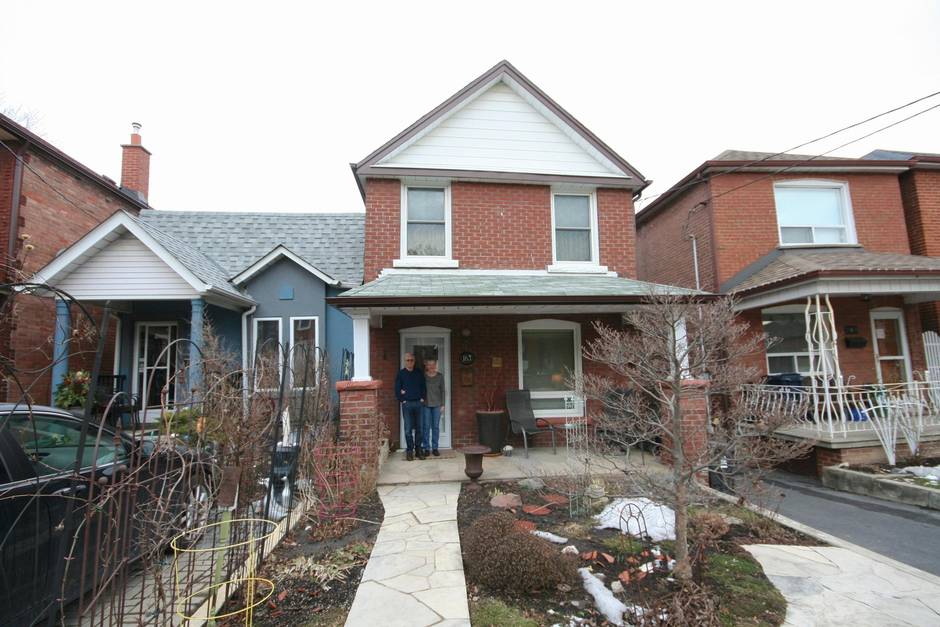 The St. Clair / Oakwood home of Mr. Lindsey and Ms. Porszt. (Dave LeBlanc for the Globe and Mail)

It’s understandable that heritage wasn’t at top of mind for this retired couple. Their long street, like many in the area, offers a mish-mash of styles and eras. Across the street, a 1970s contractor-special; over there, a post-war bungalow; next door, another possible centenarian, and so on.

So, after seeing Heritage Toronto’s ad in their neighbourhood paper last year, they decided to buy their house a gift. “And [we] didn’t hesitate, we just did it,” Mr. Lindsey says. “We’re real chuffed with it, it’s nice to have.”

Peter Obradovich is similarly pleased. “I think it’s an extremely cool thing to have that on your home,” says the history buff of his newly installed plaque. When he purchased his semi-detached Leslieville home a few years ago, he hit the archives. Despite a property assessment claiming a construction date of 1903 (which is understandable given other properties nearby), he found out his home didn’t exist until at least 1911, with a likely construction date of 1912-13. 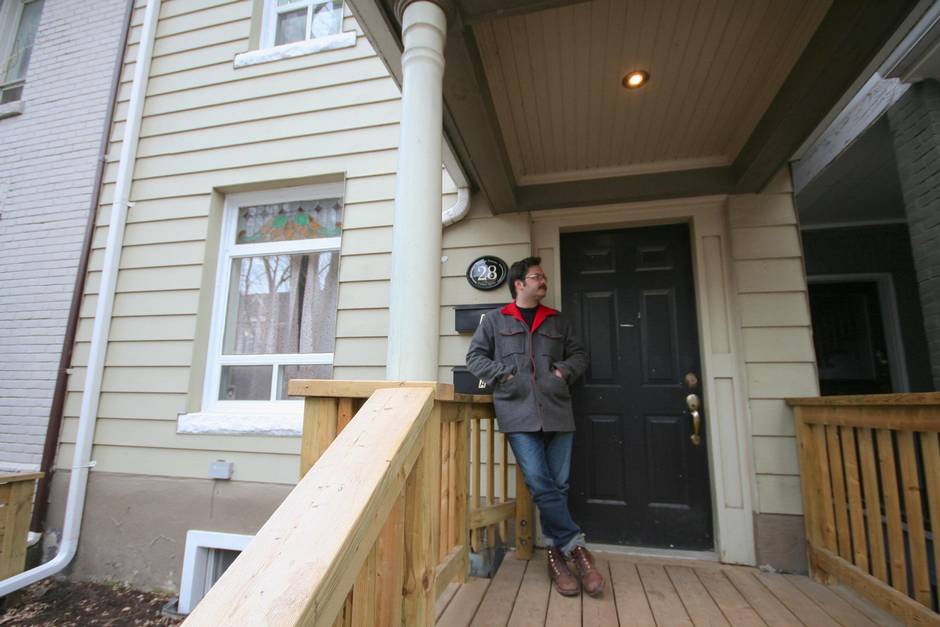 Peter Obradovich at home. (Dave LeBlanc for the Globe and Mail)

While currently clad in “unfortunate” aluminum siding, Mr. Obradovich promises he’ll soon reveal the Don Valley brick hiding underneath so the stained glass portion of his living room window – one of the few heritage features remaining – doesn’t feel so lonely.

Of course, homes in recognized heritage areas – shoo-ins for membership in The Century Club – are more than welcome to join. 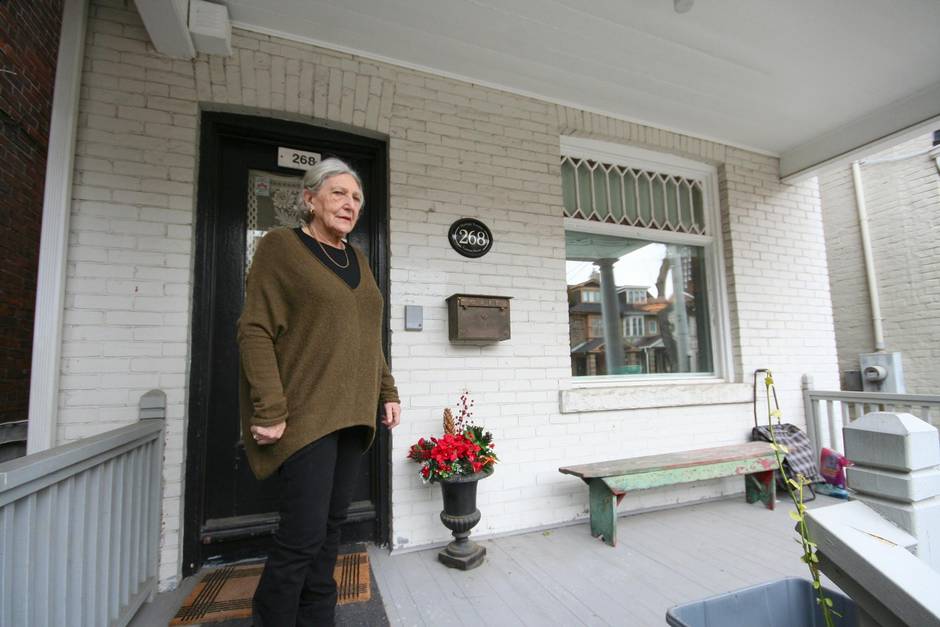 Isme Bennie at home. (Dave LeBlanc for the Globe and Mail)

Retired television executive and South African transplant Ismé Bennie has lived in the Bloor/Spadina neighbourhood since 1973. A few years after she purchased her current home in 1989, her real estate agent gifted her with a “property memoir” listing every person who had ever owned the 1904 home, and even those who owned the land beforehand, stretching all the way back to 1798. 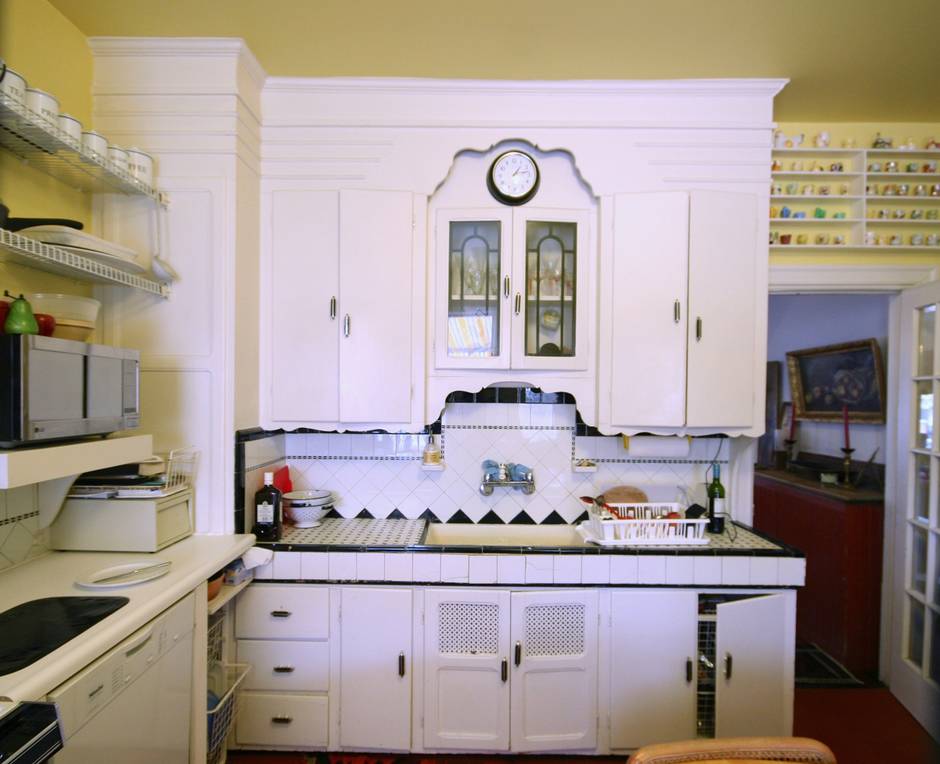 And with the turnover most neighbourhoods are experiencing in these booming times, the more ways established residents can inform new ones of local history, the better, she adds. “I know for certain there are half a dozen newish families around here.”

Andrew Himel thinks local history shout-outs should extend to owners of former residential buildings as well, and Heritage Toronto agrees. His lovely red-brick Victorian at 25 Prince Arthur St., sports the black address oval, even though the house is now occupied by high-end clothing retailer Eileen Fisher. “They didn’t want to go into Yorkville because of all the construction,” he says. 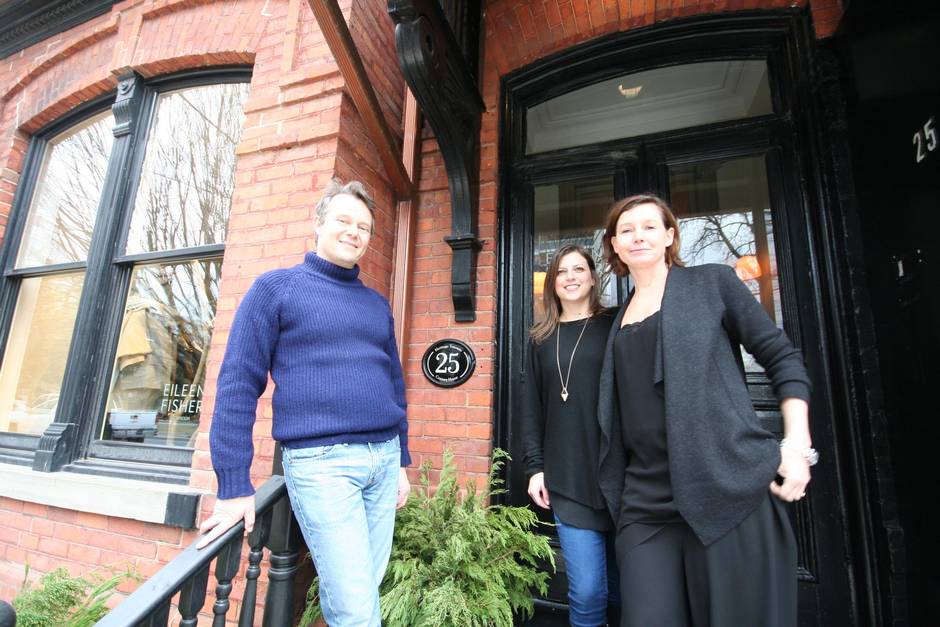 “We’ve been loving it,” says New York-based Jena Pace, the company’s store planner. “There were a few of our colleagues here too, and as soon as they walked in, they said: ‘Can we have all our showrooms like this?’” The typical-for-Toronto building is a perfect fit, she continues, since Eileen Fisher strives to create retail environments that reflect the cities they’re in. “We have a store in San Francisco that has Mission details, and in Arizona we have the sandstone.”

While the Century Club may be the new kid on the block, it’s already got a pretty impressive roster. Heritage lovers can apply at heritagetoronto.org/centuryhouseplaques/.