The developers of Oakvillage say that many of the simple luxuries common in larger estates will be available here on a smaller scale for buyers typically priced out of Oakville, the lakeside town with a gilt-edged reputation that's only a 30-minute drive west of Toronto.

Minto Communities and Branthaven Homes will construct hundreds of freehold and condominium townhomes starting in the low $400,000s on a 94-acre site at the northeast corner of Trafalgar Road and Dundas Street East.

"It's single-family living in a townhome development," says Amanda Wilson Watkins, vice-president of marketing and sales for Minto. "There's been a craving from people really interested in living the Oakville lifestyle and to have something they can afford."

For instance, one convenience shared among the two- and three-storey townhouses, including traditional and modern, back-to-back styles, will be built-in garages with interior access.

"We set out to bring a product to the marketplace that would be best suited to today's buyers," states Steve Stipsits, president of Branthaven. "The double-car garage townhomes sold out much faster than we expected, so we've created a waiting list and are making preparations to accelerate the next release to keep up with demand."

Another rare element in select Minto plans will be elevated, outdoor spaces. "Minto offers rooftop terraces on about half of our floor plans, which has proven to be very popular," Ms. Wilson Watkins adds. "It's something that's newer in the Oakville submarket that they haven't seen before."

Those features are just a few of the unique attributes found in more than 450 residences in the first phase of the master-planned project, called Oakvillage, where the developers sold more than 90 per cent out of the 400 homes released this spring.

"We had inclination it was going to be very popular, but to be able to almost completely sell out on the opening weekend, we weren't expecting that," says Ms. Wilson Watkins. "More than likely, we will sell out before we actually have a grand opening to the public."

Freehold models will line main roads, while condominium ones will fill the interior and owe monthly fees from $50 to $55 for maintenance to the tree-lined streets.

"There are a lot of natural features people like about it: There are going to be homes that back onto a pond and channel that runs through the property, and there's going to be a conservation area on one side of the property that will put home buyers really close to nature," Ms. Wilson Watkins adds.

"And there are walking trails throughout, so it's not a typical subdivision."

Commercial plans by Emshih Developments are yet to be unveiled, though the site is across the street from big box stores, a supermarket and restaurants and close to schools, parks, transit and highways 403, 407 and QEW.

"There is an amazing community vision for Oakvillage," adds Mr. Stipsits. "It's the perfect blend of attainability, quality and accessibility for anyone looking to live their life in Oakville."

Minto homes will be built to Energy Star standards, complete with heat-recovery ventilation systems to paints with low volatile organic compounds, as well as oak strip floors and granite counters.

On Site: Priced right, commuter homes north of Toronto being snapped up
May 11, 2015 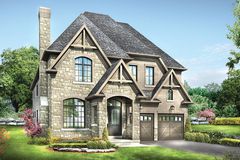 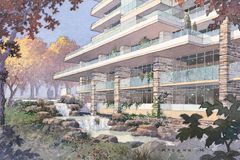 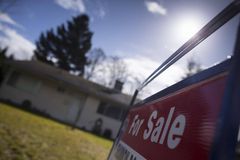