In her waterfront condo, Lianne Hannaway regularly sees "parking wanted" signs pinned up in the garage. After working in Paris, Ms. Hannaway returned to Toronto and, in 2010, moved into a one-bedroom condo. Inspired by the transit-oriented lifestyle in Europe, she decided against a vehicle since she could walk or take transit to work.

Despite going car-free, Ms. Hannaway's real estate agent Erica Smith suggested she buy a parking spot with the unit. Though it cost roughly $20,000 to $25,000, Ms. Hannaway trusts it'll pay off in the future. "I think just having the spot, you attract more potential buyers and renters because not everyone's into this non-car mentality just yet in Toronto."

As Toronto continues to build up the downtown, the amount of parking stalls allotted to downtown condos has gone down. Though the car-driving urbanite hasn't exactly become extinct, developers are testing out just how few parking stalls the market will support in the latest condo projects.

"We didn't start the process of reducing the amount of parking in buildings because of any green initiatives or anything that the city set down," says Toronto developer Brad Lamb. "It was purely economics. We couldn't build enough parking for every unit in the building."

Rising construction and land costs and smaller parcels of land available for development make the prospect of building a multilevel underground parking garage a time-consuming and expensive task for developers.

Industry experts, real estate agents and developers peg declining parking construction to the beginning of the condo boom six to eight years ago. Stephen Ho, an urban site specialist and senior vice-president of Colliers International, has overseen the sale of more than 60 condo and urban land sites in Toronto. While condos built in the 1980s and 1990s tended to have roughly one spot for each unit, he says that number has shrunk. Statistics aren't available, but Mr. Ho estimates that current ratio downtown is along the lines of 0.5 to 0.6 parking spots a unit.

Andrew la Fleur, a sale representative with Re/Max Condos Plus, believes the high ratio of condo suites to parking stalls downtown has recently ramped up even more.

"It seems to be a lot more pronounced in the new developments that have been planned and that have been selling over the last 18 to 24 months as the condo market's really heated up."

The Residences at Royal Canadian Military Institute is the most famous example of the parking spot's decline. South of Dundas Street West on University Avenue, the 42-storey, 318-unit tower will be the first condo in Toronto to have no residential parking. It's mostly as a result of structural issues (the site's a tight squeeze at 55 feet wide by 125 feet deep), though Steve Deveaux, vice-president of land development for Tribute Communities, says it gave the company the chance to do something "progressive."

The tower consists only of one-bedroom and one-bedroom-plus-den units ranging between 494 and 763 square feet. Mr. Deveaux says they were able to convince the city to allow the condo to go parking-free since the majority of people who buy properties of less than 750 square feet downtown don't bother with the spaces.

"If we couldn't sell a unit without providing a parking spot, then we wouldn't be selling those units. The proof is in the pudding – we sold 270 units without parking in nine days. That's a very telling story."

According to Mr. Deveaux, in some cases condo developers have been left holding the bag with empty parking spots and have applied to turn the stalls into commercial parking.

But Mr. la Fleur thinks it's important to look at who's buying condos. In the past two years or so, he pinpoints investors as the main driver in the condo market. Among his clients, investors are mostly snapping up the preconstruction properties. Since they tend to rent or flip properties, they're less eager to shell out an additional $40,000 or $45,000 for parking. "They're just skipping the parking spot so the developers are building less and less. They're saving time and money as well by not having to build huge underground parking garages."

But it's a different story for end users or buyers in the resale market. Mr. la Fleur says he's having a harder time finding downtown condos with parking for his clients. And while he concedes a number of condo owners are converting to a car-free lifestyle, rising prices mean the type of people buying the condos are more likely to want the spaces.

"If you're making good money, which you need to be making to buy these condos, you're going to have a car," Mr. la Fleur says. "How many Bay Street bankers and lawyers in their late 20s and early 30s don't have cars?"

Mr. la Fleur sees it as a matter of supply and demand, with fewer spaces driving up the cost of the downtown parking spots in the near future.

Mr. Lamb agrees with Mr. la Fleur to a certain extent, but believes rising oil prices could change all that later on.

"Because driving will become more expensive, it may become the opposite," he says. "Cars in the future will be reserved for very wealthy people. So, in fact, what may happen is that parking stalls may become superfluous because people can't afford to drive, or won't drive." Are hospital parking fees a barrier to health care?
November 28, 2011 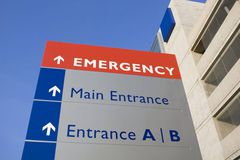 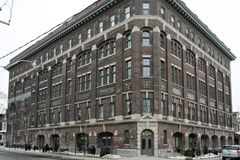