The federal government should stop its "war on first-time home buyers" and hold off on proposed changes to mortgage-qualification rules as the slumping Ontario housing market absorbs the impact of two recent interest-rate increases, the head of the Ontario Real Estate Association says.

OREA chief executive officer Tim Hudak, who represents 70,000 Ontario real estate agents, said changes proposed by Canada's banking regulator, the Office of the Superintendent of Financial Institutions (OSFI), will make it harder for many people to get mortgages at a time when several other recent policy changes are still being absorbed and interest rates are increasing.

"With the latest plans of OSFI to make it harder to get a mortgage, Ontario realtors are getting increasingly concerned about what seems to be a war on first-time home buyers," Mr. Hudak said in an e-mail to The Globe and Mail.

OSFI published a proposal in July that would require home buyers who do not need mortgage insurance – those with down payments of more than 20 per cent of the purchase price – to prove they could still afford their mortgages if interest rates were two percentage points higher than the rate they negotiated. The rule would apply to all uninsured buyers, but first-time homeowners are the most likely to need mortgages.

A majority of home buyers in Canada have down payments over 20 per cent, which means the new stress-testing rule would have a wide impact.

Mr. Hudak said he appreciates that individual agencies are trying to limit consumer-debt risks, but the cumulative impact of all recent actions "risks capsizing the housing market altogether." Average home prices in the Greater Toronto Area have fallen 20 per cent since peaking in April and the volume of sales has fallen significantly over last year's levels.

OSFI's change – which would take effect this fall if adopted – would come on top of two recent interest-rate hikes, including an increase of 0.25 percentage points announced last week by the Bank of Canada, as well as OSFI rule changes announced late last year, and reforms the Ontario government introduced in April to cool the heated housing market, among them a new 15-per-cent tax on foreign buyers, he said.

"Given all the government interventions to date and a slower Ontario market, governments across the board need to hit the brakes on any further action," Mr. Hudak said.

BMO economist Robert Kavcic issued a report on Thursday warning about the impact of the recent interest-rate increases on Ontario's housing market. Mr. Kavcic said OSFI's additional mortgage-rule change could have "a material impact" on the market because it would piggyback on top of higher interest rates to "prolong/deepen" the house-price adjustment in the Toronto area.

"Arguably, this change would be more significant than past measures," he said.

Mr. Kavcic said the two rate increases this summer "have already begun to bite into affordability," with fixed five-year mortgage rates climbing about 60 basis points since the spring. He said the increase means a typical borrower would need a mortgage that is 6.5 per cent smaller to have the same monthly payments as before – a situation that puts downward pressure on house prices in the future.

Mr. Kavcic said the "deepest of the adjustment is past" for the Toronto market, but last week's interest-rate hike "will weigh further" on the market, prolonging the house-price adjustment happening in the Greater Toronto Area.

"Home prices should correct at least modestly further, consumer spending power could be gradually eroded, and mortgage lending growth should moderate," he said.

His report also noted that homeowners who are renewing five-year mortgages today will still be doing so at rates that are slightly lower than they were five years ago, but that situation could change if mortgage rates rise further. It would remove the "windfall" that households have had when they reset their mortgages at lower rates in recent years, along with an economic "tailwind on consumer spending."

Despite the potential impact on lending, the banking industry has made little public comment on the OSFI rule proposal. Executives of some major banks have said most of their mortgage applicants would qualify under the higher stress-testing requirements, but alternative or subprime lenders have warned they could face an impact because their customers have less financial leeway.

Equitable Group Inc. CEO Andrew Moor, for example, said in August that the OSFI change could hurt some of his firm's borrowers, such as people who are self-employed or newer to Canada, making it harder for them to buy homes. 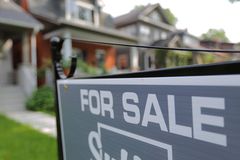 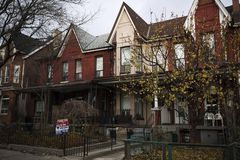