Troll Twitter for the latest buzz from Pizza Libretto and you'll find plenty of pictures of sizzling Margheritas emerging from the wood-burning oven. So when real estate agent Ricky Chadha sent out a pic from the Ossington Avenue hot spot, he had no idea he would end up closing a deal on a house as a result.

Mr. Chadha is one of many agents who is using social media to bring fresh ideas to the real estate business.

The savvy ones are not using the hard sell to advertise their services so much as connecting with people who gravitate towards the agent's interests or market niche, says Samantha Hewit, who oversees realtor development at Royal LePage.

In the case of the dinner at Pizza Libretto, Mr. Chadha posted the pic with the hashtag #pizza. A chef in Nova Scotia happened to be searching for #pizza and came across the tweet.

He made a comment along the lines of "that looks good," recalls Mr. Chadha, and the conversation thread started.

It turns out the chef was planning to move from Nova Scotia to Toronto and he was searching online for job prospects. Eventually Mr. Chadha, who works with Royal LePage Estate Realty, offered to help the chef and his partner find a place in Toronto.

"They were very skeptical at first about working with any agent – let alone an agent from the other side of the country they haven't met," says Mr. Chadha.

So Mr. Chadha helped them without any obligation on their part to find a place to rent. When the couple did decide to buy, they hired him to represent them.

Mr. Chadha acknowledges that the chain of events is flukey.

"I think it's going to be rare for people to get a full-on cold lead from Twitter."

But he's going to continue to tweet about sports and food and the hyper-local happenings in Toronto because his social media activity often draws people to his website.

"It breeds familiarity," he says. "The only thing it costs you is your time, so why wouldn't you do this?"

Ira Jelinek, an agent with Harvey Kalles Real Estate Ltd., posts videos about his listings on YouTube and is increasing his presence with a Facebook business page.

For the social media segment of his business strategy, he has chosen to concentrate on Facebook.

It costs nothing, he points out, and the site already has a wealth of information about its users. That data will help him aim advertising at certain users depending on such factors as how much money they make.

Mr. Jelinek has also studied ways to increase his impact on Facebook. Every morning after working out at the gym, he spends an hour and a half pacing around his condo with a headset on. He phones acquaintances and clients just to touch base, then posts an item on Facebook because traffic is at a peak between 10 a.m. and 11 a.m.

He posts again in the afternoon between 3 p.m. and 4 p.m. because that's when the greatest number of users are looking for a diversion from work, research shows.

"You can't just post anything. You want it to represent your passion."

Ms. Hewit, who handles training and education for more than 350 agents, stresses how important social media has become to the business.

Some agents are resistant, she says, because they don't know what to say on Twitter or Facebook.

"You have to use Facebook as a way to communicate with people on a personal level," she says. "People don't want to do business with a stranger. It's very emotional when they are buying a house."

She points to Royal LePage agent Shaun Nilsson who found his social media strategy so successful that he started a spin-off business called CityBlast.

Mr. Nilsson was just starting in the business and had no listings so he asked other agents if he could post their listings on his Facebook, Twitter and LinkedIn feeds.

As a result, he pulled in $165,000 in his first year when he helped to sell 24 properties and the listings agents gave him a cut of the commission.

"Other agents in my office were asking me what I was doing because I was on the leader board right out of the gate."

Mr. Nilsson started CityBlast to provide agents with an "inbound marketing strategy," which means that instead of blasting advertisements about themselves, they are drawing clients towards them.

CityBlast posts the content on behalf of the agent who doesn't have the time or inclination to devise a social media strategy and stay on top of it.

Mr. Nilsson has clients in more than 1,200 cities across North America. He recommends that agents post status updates, mixed with articles about home decor or real estate trends.

"You need to be there on Facebook being perceived as an expert and a source of information."

Mr. Nilsson points out that more than 90 per cent of people who are looking for a property do so on the Web before they connect with an agent.

"More than 90 per cent of people are starting without you, so you don't know when they're starting."

That's why it's critical, in his opinion, for agents to be keeping in touch with clients through social media.

He also recommends that agents present a polished image – even on their personal pages.

"You won't see any pictures of me holding a drink. I feel like that's a public place and you're projecting an image there."

"My clients have now moved into their new place," he says of the deal that started with a Twitpic from Pizza Libretto on Ossington. "We ended up finding a house that has a wood-burning pizza oven in the backyard." 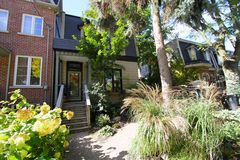 Toronto home buyers want back in the drivers seat
November 1, 2012 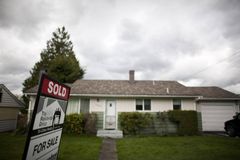 Buyers and sellers feel their way in a changing Toronto housing market
October 25, 2012 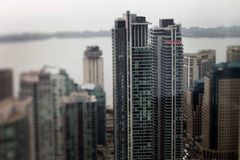