Steve Dao spent a recent Friday rushing from the office to the gym, picking up some freshly-rolled sushi and, back home as the city lights came up, impressing his date with the view of Toronto's skyline from the terrace of his King Street East loft.

All the while, a camera crew was capturing the lifestyle of a successful, thirtysomething loft owner and single dad. Mr. Dao is an actor and on that day he was the star of a video designed to show off the amenities of the loft and the surrounding King and Parliament neighbourhood to prospective buyers. Taking on the role of his date was real estate agent Karyn Filiatrault of Bosley Real Estate Ltd., who also commissioned the video.

The goal, says Ms. Filiatrault, is to make her listing stand out in a city with a deep inventory of lofts and condos for sale. She also doesn't want to compete on price at a time when potential buyers have so much to choose from.

And, with so many people addicted to smart phones these days, there's always the hope a video will go viral.

Ms. Filiatrault is one of a growing number of Canadian agents seeing the value in improving the quality of their sales videos. While they can cost up to $5,000 to produce, many get tens of thousands of views online and can continue to draw new clients even after the original listing sells.

"My clientele is all very young and they're engaging in social media," Ms. Filiatrault said.

Ms. Filiatrault listed the two-bedroom unit at 318 King St. E., with an asking price of $694,900. Unit 616 has two bathrooms, an open-concept living area and a 700-square foot terrace. Floor-to-ceiling windows offer an interesting perspective on the circulating autos at Downtown Porsche.

She wanted to demonstrate that buyers can have it all – including a toddler – in the King East.

"This is an upscale unit – you could go and purchase a house for that amount," she said.

Ms. Filiatrault has a background in television production, with stints at the Discovery Channel and HGTV before she began selling real estate. For this video, she teamed with Lisa Reis, who is a home stager and producer of lifestyle real estate productions.

They drew some inspiration from Australia, where trailblazing real estate agents have used salacious videos to draw attention to their properties. Neo Property, for example, caused a sensation when it produced a video starring a lingerie model who describes the fabulous features of a waterside home while she is held hostage and waits for a SWAT team to arrive by helicopter and rescue her. Another video that drew a lot of eyeballs features a nude man wandering through a private beachfront house.

Ms. Reis says the most successful lifestyle videos take a subtle approach to showcase the home's best features while viewers are caught up in the story. Directors can use artistic pans to show the expanse of an open-concept room, for example, or move in for a close-up on a high-end faucet in the kitchen.

At King East, they developed a story line that includes the single father talking via Skype to his young son, mixing a protein shake in the modern kitchen and preparing for a date in the master bathroom.

She says "builder-basic" condos of 600 square feet or so are so plentiful that the buyers of those units tend to simply look for all of the listings for sale in a building and make an offer on the one with the lowest asking price.

"It's hard to stand out when the place next door has the same view, the same layout and a slightly different price."

Heather Rovet is a Toronto-based agent with Right at Home Realty Inc. She sold a luxurious semi-detached house on Cottingham Street with a video in which a scene-stealing dog named Pretzel attracted a lot of attention.

"The video really did bring the buyer," Ms. Rovet said. The house was large and renovated but it was set up so that only one room served as a bedroom. A third-floor loft had the potential to be turned into a bedroom but Ms. Rovet says it was hard for prospective buyers to visualize living in the space. The ultimate buyer had already rejected the property when his real estate agents sent him some photos to look at but he changed his mind after seeing the video. He also bought a lot of the furniture.

Ms. Rovet worked with Mark Wilson of Property Films to create a video that showed a young actor arriving home and making his way through the large house with his little dog at his heels. The homeowner character gets spiffed up for a night on a Yorkville patio, then heads out the front door. When he turns around to see the pup forlornly watching him go, he heads back inside. The video ends with the two lounging together on a secluded backyard patio.

For his part, Mr. Wilson says the video received tens of thousands of views and attracted clients from all over Canada and the United States. Most agents, however, usually opt for the more standard video tour of the house and neighbourhood because hiring actors is a much bigger investment.

Still, he says some agents find lifestyle videos valuable because, even after the listing sells, the video attracts new potential buyers and sellers for months.

Ms. Rovet says that having a story that connects with viewers is key, however. A couple of subsequent videos she did with different producers were less successful because they seemed to miss the mark emotionally.

"For me, it's got to be the right property," she said. "You want to paint a picture and create a mood."

In Ms. Rovet's case, she says the investment is sometimes worth it because it's a way to stand out from other agents. When some clients are asking for reduced commissions, she can justify earning what she does.

"In a competitive market it's a way to differentiate yourself from the 35,000 other agents in the city," she said. "That comes out of my budget – I don't hand the bill to my client."

Ms. Filiatrault says that since she posted the King East video on Vimeo and her Web site last week, the story has generated lots of buzz online and received many views. She also plays the video on a loop during open houses. She has posted it on Facebook and the multiple listing service too.

She already has another video in the works. For this unit in Space Lofts, the sellers will play themselves as they shop at nearby St. Lawrence Market for ingredients for a date night at home. Ms. Filiatrault thinks it will help prospective buyers imagine living in such a vibrant neighbourhood.

"This is selling a lifestyle," she said. "What really is the price tag of a lifestyle?" 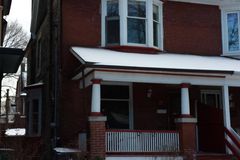 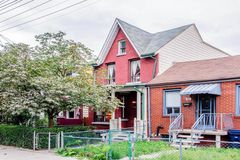 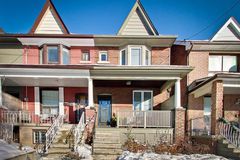