Last Friday was a bit overcast in the Muskoka region north of Toronto and an afternoon thunderstorm rolled through. Nevertheless, traffic was bumper-to-bumper in the town of Gravenhurst, Ont.

"It was joyous," said broker Anita Latner, who dashed across the main street with a big smile on her face. Cottage-country sales never seemed to rebound in 2013 in the area north of Toronto after severe spring flooding and a tornado.

The tally so far in 2014 suggests this year's sales will be better than last. But for Ms. Latner, it's too soon to predict how much activity July and August will see.

Ms. Latner pointed out that so far there's little sign of the summer heat wave on the charts of weather forecasters.

"It hasn't been the hot summer they predicted yet," she said. "We're also a month to a month-and-a-half behind on everything."

Paul Crammond of Chestnut Park in Port Carling said the harsh winter seems to have prompted a few buyers to jump into the market as soon as the ice began to melt.

Sales were more steady in the range under $1-million, with 43 sales so far in 2014 compared with 36 in the same period last year.

The tranche between $1-million and $2-million has slowed, however, with only 16 sales in 2014 so far compared with 25 at this time last year.

Mr. Crammond said some buyers previously in that $1-million-plus range may have moved up to the $2-million-and-higher range. Perhaps they have more confidence in the overall economy, or they may be seeing a lack of choice in the middle price range, he speculates.

So far in 2014, four sets of buyers have shelled out more than $5-million each for cottages on the Muskoka lakes. That tally equals the number of $5-million-and-up sales for all of 2013, said Mr. Crammond.

A lull in sales in the second half of June is typical, said Mr. Crammond, because buyers with school-aged kids are caught up in graduation ceremonies, proms, field trips, sports days and end-of-year festivities.

"Driving up to view cottages takes a back seat."

One set of clients who bought last month on Lake Rosseau had searched patiently for three years. The couple was intent on that stretch of shore because that's where many of their friends – and their kids' friends – already have cottages. The setting is also close to a golf resort and the town of Port Carling.

Mr. Crammond said the purchase fits a pattern that he's seen more of over the past five years: Buyers zero in on a particular location and nowhere else will do.

"Not just which lake, but where on the lake, is vital," he said.

The parents in this case are both busy professionals who didn't want to rebuild or undertake a renovation, he adds, so they paid more than $3-million for a newer building on a lovely lot.

For that amount, they got a 4,000-square-foot cottage with a two-storey boathouse and more than 350 feet of shoreline.

Both Mr. Crammond and Ms. Latner report that sales on Lake of Bays are noticeably slower this year than last – especially for cottages above $1-million.

Ms. Latner said the area is a little farther from Toronto than the other Muskoka lakes and some people are fed up with driving and construction.

"The farther north, the slower the market."

Buyers in all areas are careful, she said, and they want to negotiate a good price. She has seen a few cottages that were on the market last year recently reduced in price.

"They have this dream price," she said of some sellers. "It's their piece of paradise. We always think our paradise is the most wonderful. But there's a market value – even for paradise."

Another change for 2014 is that Canada Mortgage and Housing Corp. said in April it would stop insuring mortgages on second homes as of May 30. The Crown corporation is the largest player in Canada's mortgage-insurance market, but agents say the change is not likely to be a drag on the market this year. That's because most purchasers are less dependent on debt when purchasing a second home. A mortgage based on a down payment of 20 per cent or more does not require insurance.

Ms. Latner said she always recommends that buyers provide as large a down payment as they can. In many cases, she said, that means pulling cash out of another investment.

For a $1-million cottage, for example, she suggests that buyers offer at least $100,000 as a down payment.

"I always encourage a very large deposit. It helps negotiate the deal."

Ms. Latner hopes that the market strengthens this year for the sake of the bakeries, gift shops and grocers in Gravenhurst and the region's other small towns. A busy year for cottage sales lifts the entire economy.

She points to one couple she sold a cottage to last year, for example, who have since launched a business selling antique clocks. They enjoyed the cottage so much that they decided to make it their year-round residence and opened a store in Gravenhurst called Muskoka Time.

"It all started with a cottage." 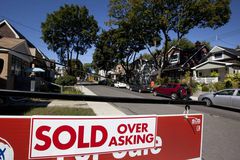 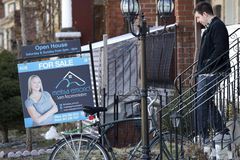 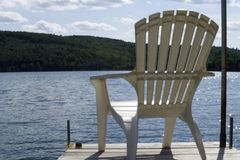