A major renovation of an old house is one of life's more daunting challenges. As of January, when the new building code kicks in, the job may get a whole lot tougher for Vancouver homeowners.

Additions to the building code include a host of requirements designed to enhance accessibility for the disabled and to make houses more energy efficient. The revised building code was supposed to be implemented in July but has been pushed back to Jan. 1, 2015.

In the spring, there was a surge in development applications for single-family homes, as people anticipated the new code. Homeowners and builders have a few more months, unless opponents can convince the city to reconsider some of the changes.

Groups opposed to it are arguing that it will make renovations prohibitively expensive, adding to affordability problems and increasing the number of demolitions.

Once the code is implemented, a major renovation of a single– or two-family house will trigger a review of guardrail safety and width of staircases. Assuming it's a drafty old house, a major renovation may also require building envelope air sealing and upgrades to the thickness of walls and attic to meet energy efficiency requirements. As well, new homes more than 583 sq. ft. will require a bathroom on the main floor with a low-barrier shower. And of course, for new houses, there is the requirement that made Vancouver the subject of a mocking piece last year in The Economist: that all round door knobs are to be banned, replaced with easier-to-operate lever handles. Those are just some of the new changes.

"If someone wants to do a serious renovation, to bring their house into contemporary usage – that's the kind of thing that could potentially require the whole house to be upgraded to the building code," says long-time heritage advocate Anthony Norfolk.

"They could push it as far as saying everything has to be rain screened, if you're over the threshold. It would drive wholesale demolition. I think that's a distinct risk, unless someone takes a firm line.

"I'm hearing from people who are wringing their hands, individuals in the design community, the heritage community. It's really something that we've got to get organized on. We're watching with concern."

Critics cite impracticalities and potentially self-defeating results. They are pushing for exemptions from rules that make house renovations almost impossible, and that threaten historic housing stock. For example, old character houses can survive demolition if they are relocated or redeveloped as multifamily units. However, once a house is made into strata units, or moved from its original location, under the building code, it's treated as a new house. Bringing an old house up to code is a monstrous task that can strip the character and negate any profit margin.

And renovations to an old house, they argue, don't make sense. Attempting to seal an old house from drafts is not only contrary to what has kept the house standing for 100 years, it's not even energy efficient. The existing building code has long been criticized for overly sealing a new building so that it rots from the inside. Old houses have stood for so long, they argue, precisely because they are drafty – they breathe.

Robert Lemon, architect and former city heritage planner, points to three-storey stucco walk-ups in Kerrisdale and the West End that have no overhang, and have stood for decades without rotting. Why didn't they join the list of leaky – or rotting – condos?

"I think that if someone was to do a thorough investigation, you'd find a significant amount of leaking is from rot within, because these buildings can't breathe," says Mr. Lemon. "That's why historic buildings, any existing building, breathes naturally through window frames, walls, electrical outlets, which is what you want. You don't want to trap moisture."

There's something to be said for old-house technology. In his own 80-year-old home, he changed two of the single-paned windows with double-glazed windows when he did a renovation. Over the years, the new windows are the only ones that have required replacing.

"The historic windows aren't perfect, but they have served a perfectly adequate function for the past 80 years," he says. "There are blinds, drapes, awnings, many elements that have been used historically to create a better envelope without the house being completely sealed.

"I'm from back east, and you have storm windows in the winter and you take them off in the summer."

Hazel Borys, an electrical engineer with an MBA in finance, is partner in a Winnipeg-based urban planning firm that helps cities throughout North America rewrite the red tape to make the development process leaner. Her company, PlaceMakers, aims to create healthier, more walkable cities that aren't dependent on the car.

Ms. Borys lives in a 100-year-old Winnipeg house with three porches, which in the summer, are like built-in air conditioners, she says.

"But I guarantee you, if I retrofit the house to be fully energy efficient, I won't live without an air conditioner any more. What is that gaining me in megawatt hours and BTUs? It probably isn't.

"In a place as temperate as Vancouver, once you hermetically seal a building, you've gotten yourself nowhere fast."

As the city wraps homeowners deeper in red tape with additions to its building code, there is a movement afoot called Lean Urbanism that attempts to streamline bylaws. The idea is that red tape is getting in the way of small projects and taking control out of the hands of the average resident.

"Lean urbanism has said, 'Let's cut through that red tape and write really simple development bylaws, and simple building codes, that would allow a walkable, livable high-return urbanism to happen as a matter of right," says Ms. Borys. "We've had too much bureaucracy. We're not even creating neighbourhoods that people love and that are good for our health, the environment or the economy. So we're asking, 'What can we do to reverse that?"

She says that, while Vancouver is respected for its urban planning, these additions to the bylaw could backfire.

"One of the least successful parts of Vancouver is its lack of affordability.

"This litany of retrofits sounds like it will make affordability an even bigger problem.

"It sounds like a very well intentioned initial idea to help people with special needs, which is essential and important, but that monoculture response is the sort of gold plating of any sort of city planning that ends up having a lot of unintended consequences," she says.

As well, several critics believe it may further threaten the city's already diminishing stock of old character houses. The city has enacted a plan to better protect heritage, and to deter demolitions of pre-1940 houses. However, the changes will fly in the face of that effort, says Mr. Lemon.

"I would predict that it will certainly deter people from renovating," he says. "It will probably precipitate more demolition and it will work exactly against what the city is trying to do by encouraging heritage building conservation."

And that, says Ms. Borys, is the antithesis of energy efficiency, which is the goal for many of the new provisions.

The energy required to tear down an old house, send it to the landfill, or even recycle it, then process and transport new materials in order to build the new house, far exceeds the energy efficiency of the new house.

"Carting old homes to the landfill, or even parts of them, in the name of energy efficiency takes years to build back the sorts of energy reserves you just destroyed.

"In these old structures, until you calculate that embodied energy, the intensity and the invasiveness of retrofitting should be fully cognizant of that." 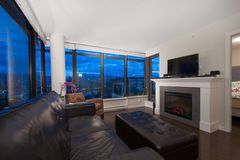