Most people who have cottages or camps have loads of good memories and great photos. Eventually they often have loads of cash, too.

In many parts of Canada, buying waterfront property has proven to be a profitable venture for the past couple of decades. Prices for recreational properties on the shores of lakes, oceans and rivers have soared.

But traditionally, financial pros have not been enthusiastic about buying a cottage as an investment. Vacation properties are discretionary purchases - a want not a need, in other words - and therefore they suffer more than city houses do in a real estate downturn.

Properties aren't as liquid as stocks nor as diversified as mutual funds.

Also, maintenance costs, taxes and toys can be hugely expensive.

And, of course, you have to sell the place to realize your gain. Try breaking that news to the grandchildren.

But Aurele Courcelles of Investors Group has taken a different tack from those killjoys. He says there are lots of ways to maximize the gain on a cottage.

Mr. Courcelles, who is director of tax and estate planning at Investors Group, says that creative-thinking owners who sell the cottage to reap the profit can claim the principal residence exemption at tax time.

Traditionally, people have used that exemption to shelter the gain on their city house. But Mr. Courcelles points out that some people rent in the city so they don't need the exemption there.

He also points out that cottages have one big advantage over other assets in that you can rent them out.

People who rent out the cottage for a few weeks a year can use that cash to pay down the mortgage or they can funnel the money into other investments.

He warns, however, that the idea often seems more appealing to people before they actually buy the property.

Renters and owners tend to collide over timing because everyone wants to be at the cottage in the same short stretch of high summer.

Also, once people fill the cottage with their own belongings, they often don't want strangers living there, Mr. Courcelles adds.

"I know people that intended to rent it out and then that emotional aspect comes in," he says. "The people I know rent it out to people they know."

The rental income is taxable he adds, but it won't work against claiming the principal residence exemption on a capital gain as long as the owner uses the cottage for a substantial amount of time and only rents it out a small portion of the time.

Mr. Courcelles says some people inherit a cottage and therefore become owners mortgage-free. But taxes can become unmanageable for some, he cautions.

He also recommends that anyone who is considering taking on debt to buy a cottage be very realistic about the added costs of things like taxes and maintenance.

His own cottage is near Winnipeg. Lots of people in Manitoba own cottages on islands, he says, and they can only get there by boat.

And, to add another wrinkle, real estate is susceptible to market downturns. Anybody considering the cottage as an investment has to take a long-term view.

"It's certainly not as liquid as marketable securities. There's no doubt," he says. "You have to comfortable with the fluctuations."

From a purely steely eyed view of generating wealth, many financial pros argue that there are better places to invest your cash.

But Mr. Courcelles is ready to say, if you really dream of owning a cottage, it can be a pretty good financial move. 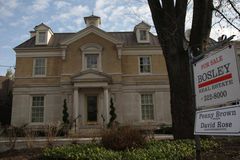 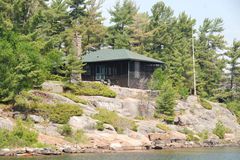 This luxury home might be Canada’s largest dwelling
July 6, 2012