Real estate agent David Fleming caused a brouhaha when he wrote last week about his client's attempt to buy a unit at the Printing Factory Lofts – only to have the deal fall through.

Mr. Fleming, of Bosley Real Estate Ltd., writes the Toronto Realty Blog and he has a lot of readers among avid followers of the real estate scene. Over the past week, residents, readers and real estate agents have bombarded him with praise or vitriol after he wrote that the building's finances make getting mortgage insurance a major problem.

The outspoken agent says he hasn't been in this much trouble since he wrote a blog post comparing a condo building to Alcatraz. But he's also not too flustered.

"To me this is just Wednesday," he says.

Mr. Fleming represented a buyer who fell in love with a one-bedroom, one-bathroom unit in the $300,000 range at 201 Carlaw Ave. Her conditional offer was accepted, but it all fell apart after three insurers turned down insurance on the mortgage.

Whenever Mr. Fleming works with a buyer making a condo purchase, he strongly urges that the offer be conditional on a lawyer's review of the status certificate.

Such reviews look for red flags; they turn up things like unpaid taxes on the unit or a special assessment that would require a financial contribution from the unit owners.

If the development's reserve fund is healthy and adequate, the status certificate will indicate that.

Mr. Fleming says he reassured his client the status certificate review would likely be a rubber-stamp process because it's extremely rare for a deal to fall through on review of status.

Before his client received the status certificate, however, Mr. Fleming received a call from the mortgage broker telling him the deal was dead.

Any mortgage in Canada that has less than a 20-per-cent down payment has to be insured, he points out.

Buyers with less than 20 per cent are required to get mortgage insurance on the balance, and that was the case for his client. Canada Mortgage and Housing Corp. insures the bulk of mortgages, but Genworth and Canada Guaranty are players, too.

In this case, banks were willing to lend the money, but the insurers were not willing to insure the deal. This type of unforeseen snafu is what Mr. Fleming is aiming to avoid when he advises the buyer to make the offer conditional.

"Had my buyer not had that condition, she wouldn't have been able to close. It could have been a messy fight," he says in an interview.

He gathers that the insurers already knew what the client was about to learn from the status certificate review: A 2011 reserve fund study had showed significant budget shortfalls, Mr. Fleming wrote. He did some digging and found out that a letter was sent to unit owners detailing that the condominium corporation took out a $2-million loan from Laurentian Bank, which was meant to top the reserve fund and help pay for various repairs, many of which the corporation believes result from original construction deficiencies.

This kind of legal wrangling happens all the time, says Mr. Fleming, and it's not the litigation that concerns him.

He's worried about the uncertainty for unit holders surrounding the loan and a big payment that comes due in 2018 when the loan expires.

Mr. Fleming provides more of the nitty-gritty about the loan on his blog, but he stresses that the details don't really matter. His concern is that the difficulty in obtaining insurance makes it harder to buy and sell in the building.

"It's such a shame because this is a gorgeous building, in an area that has truly taken off in the last few years, but if a mortgage insurer won't provide insurance, then units can't really be bought and sold with the ease we're accustomed to in Toronto."

Well, Mr. Fleming is used to being involved in controversy – he has made it part of his brand to speak out about contentious issues.

In this case, some agents have taken exception to what they view as a negative opinion that would have been better kept quiet. One called him "reckless" and hinted at legal repercussions.

"I've made my name on being the most open, honest, transparent agent in Toronto," he says. "It's a blog. It's one of many that I've written," he says, stressing that it's opinion.

Not surprisingly, some owners in the building are displeased. But Mr. Fleming doesn't see grounds for any lawsuit and again points out that he's writing about one experience and how it turned out for his client.

He hasn't backed down from his observation, but he did agree with one commenter who said "don't believe everything you read."

He added that he's still certain a purchaser could not obtain mortgage insurance with a down payment of less than 20 per cent at the time of writing. "Maybe you could have in November and maybe you can next week …"

In response to one commenter, Mr. Fleming agrees that a buyer with more than 20-per-cent down would have no problem buying in the building. He agrees that units tend to be under-valued at the Printing Factory Lofts and a buyer who has a long time horizon and isn't risk-averse could do well to consider it.

Mr. Fleming says he didn't write the original post out of any malice – he considers himself a consumer advocate. He thinks many agents need to do a better job of looking out for their clients' best interests. He urges all condo unit owners to attend every meeting of the condo corporation.

He adds that he's in no position to imply to the board of directors at 201 Carlaw that they should have done anything differently.

He wants to get issues out in the open for discussion, he says, and he points out that other buildings have problems with faulty construction, for example, or the well-publicized incidents of falling glass.

"I'm every one's best friend until I write something that affects them." 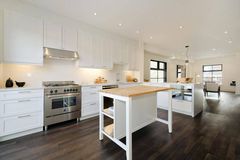 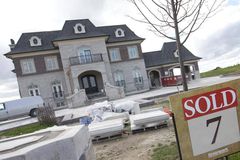 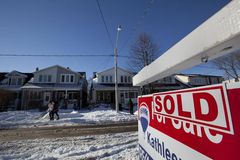