Today's real estate market has slowed, and yet there is still the occasional press release that arrives, on behalf of a condo developer, hailing an upcoming project that pre-sold the majority of all its units in short order.

Intracorp Projects' cleverly named MC2 at Marine Drive and Cambie is one, and so is Beedie Living's Station Square in Burnaby's Metrotown.

Under the wing of ubiquitous marketer Bob Rennie, whose company named the project, MC2 sold 347 of the project's 443 homes three weeks ago. Following their Oct. 20 launch with long, eager line-ups, Beedie Living and partner Anthem Properties announced that they had sold all 269 units of the first tower at five-tower Station Square. Of course, sales like these don't happen overnight. Both scenarios would have required months of previews and marketing.

Last March, Rennie Marketing Systems sold out all 414 condo homes at Marine Gateway across the street, which will be the first development to be built at the Marine and Cambie transit hub. By the time two-tower MC2 is ready in the fall of 2015, there will be theatres, banks and retail, such as the popular Asian T & T Supermarket across the street.

Rennie Marketing registered 7,500 potential buyers before the sales launch, and he says the majority were under 28 years old. He believes it is the young demographic that is fuelling the sales of projects like the two he's selling at Marine and Cambie. Part of MC2's appeal is that because it's not downtown (a 20-minute SkyTrain ride), the prices are lower. And pricing on more than half the homes was kept under $350,000, to appeal to the young demographic.

"So, we made the right decision bringing on both towers at MC2," he reflects, sitting in a trendy coffee shop on Main Street. "We've released all the affordable product. There are 130 homes without parking so that we could get inventory under $300,000. We really did the research on the first-time buyer when we did Marine Gateway across the street, and 28 per cent of our buyers answered in an exit survey that they were receiving down payments from mom and dad, and grandparents."

Since we're in the neighbourhood, I ask him his thoughts on the uproar over Rize Alliance's 19-storey residential tower that will be the highest yet in the Main Street area. Mr. Rennie says because we're running out of land downtown, it's a natural next step to increase density in other parts of the city, albeit with proper public consultation (everybody these days is careful to add that caveat).

"And it's an intrusion, but we have to understand that the world is moving here. And if we want to live closer to our jobs, we have to build up or build out."

But as a marketer, he says, the biggest game changer was the Canada Line, which shifted focus for new density.

Not long ago, it seemed transit wasn't much of a consideration at all. It was only six years ago that all 536 units of the Woodward's building, deep in the heart of the Downtown Eastside, sold within 12 hours. Thankfully, those frenzied days are gone, and the buyer has more flexibility in terms of price. I asked Urban Analytics' real estate analyst Michael Ferreira his read on the Vancouver condo market, and he says it's only the special project that can command a line-up these days.

"MC2 and Station Square are more anomalies in today's market," he says. "We're not seeing that activity in every single condo project launch in metro Vancouver right now. Those are more exceptions to the rule.

"It's a much more tempered market, where projects are reasonably happy to achieve sort of 40 to 50 per cent of sales in a particular project during the initial pre-sale launch of it – as opposed to a few years ago. Back then, if you didn't sell out in the opening weekend, your project was judged as a failure, which was ridiculous at the time."

These days, it comes down to location and transit. Because projects at Cambie and Marine are on the Canada Line, and any project in Metrotown already has built-in amenities and transit, those locations are no-brainers, says Mr. Ferreira. However, projects further outside of Vancouver are considered less desirable, particularly if the infrastructure isn't already in place. The second- or third-generation Chinese buyer is a big driver of the condo market, and they want established neighbourhoods with existing amenities, he says. Metrotown already has a large Chinese population, and Marine Drive and Cambie is in close proximity to Richmond, adding to the appeal of projects in those locations.

He believes Surrey City Centre and Brentwood neighbourhoods have potential, but it's still early days for those redeveloping suburban areas. And although it's the urban core that's more in demand now, he says projects slated for East Hastings around the Clark Drive area won't have the broad appeal of Metrotown, for example, even with low pricing. The area hasn't much in the way of shopping, and there is no rapid transit.

"A fairly wide swath will look at the location and say, 'not quite for me.' But those projects will offer a unique residential experience … and the value-wise pricing there will be less than probably anywhere else in the city."

If it translates into affordability in an urban area, without the pressure of hyped-up sales, that doesn't sound like such a bad scenario at all. 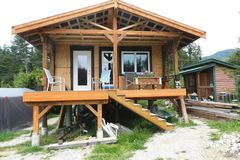 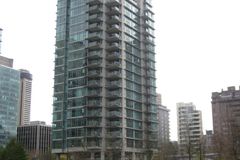 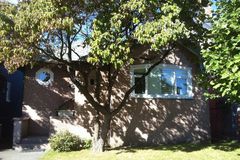