Real estate industry players and pundits are watching for any early signs of a thaw in the Canadian housing tundra. So far, the signals are mixed: some layers of the market are chilled while others appear ready to spring to life.

John Andrew, a business professor at Queen's University, says the falling price of oil – which dropped to a six-year low this week – has taken everyone by surprise. He thinks the fallout will have a significant impact.

Prof. Andrew, who is director of the executive seminars on corporate and investment real estate at Queen's, is warning that the slide in commodity prices could be the trigger for a downturn – and possibly a severe correction – in Canada's housing market in 2015.

His view is that the fall in value of the Canadian dollar against the U.S. currency will push up inflation in this country. "Canadians will have to pay more for everything but the gas in their tanks."

That uptick in inflation may prompt the Bank of Canada to raise its key interest rate.

Prof. Andrew points out that higher interest rates would be hard on debt-burdened Canadians, but even more significantly, they would likely cause a psychological shift in how people view real estate. The impact would be greatest in Alberta, he says, but it would likely spread to richly valued markets like Vancouver and Toronto.

"It's amazing how commodity prices and housing investment move in lockstep," he says of the trend for the past 12 years.

Low interest rates and buoyant commodity prices have positively influenced Canadians' perception of their own wealth; a reversal could cause severe damage to consumer psychology, he warns.

Meanwhile, the central bank doesn't have room to lower interest rates to help boost employment or business spending. "We could be heading toward a bit of a perfect storm."

Prof. Andrew thinks a correction is long overdue in cities such as Vancouver and Toronto, but he worries that a downturn could be severe if confidence vanishes.

Meanwhile, on the ground in Toronto, Rochelle DeClute of DeClute Real Estate Inc. says she is seeing signs that some buyers are pacing in anticipation. Traffic on the DeClute website is up and potential buyers are circling – especially in the price range between $1-million and $2-million, which is considered mid-level in the Beaches area where the firm specializes.

She is seeing more hesitation among buyers in the $2-million to $3-million segment, where confidence appears to be eroding. That said, however, the firm had bidders vying for the same house just before the holidays. It sold for more than $5-million.

Ms. DeClute knows of a waterfront property that will be listed at around the $5-million mark in the spring. "We have a few buyers eagerly waiting for this product to come to market."

She is hearing from lots of homeowners who are gearing up to sell. Many are asking for a consultation with a designer or stager.

"We're just starting to stage them," she says of the coming properties. A change she has seen in recent years is that homeowners expect to clean out their closets and put on a coat of fresh paint before selling. "People are increasingly planning when they're going to go on the market and what they have to do to prepare for market."

Another shift she has noticed is a softening in buyers' insistence that all of the hard work be done.

"Buyers still prefer a staged house that is clean and shows well but they are not disappointed to see it doesn't look like it came off a set from HGTV," Ms. DeClute says.

"Many buyers seem excited to be able to source finishes and figure out designs that appeal to them."

As for upcoming listings, she expects to stagger the launch dates of the new properties, starting in early-to-mid-February. 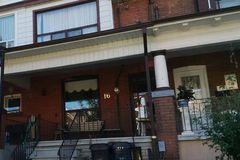 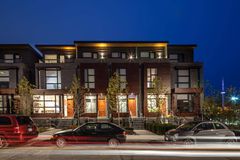 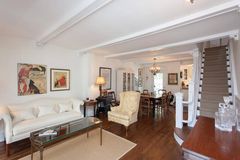