There was a time when the typical upper middle-class family could afford a big house in the nice part of Vancouver, belong to the nearby country club and put the kids through private school.

When it became the norm to have to fork over $2-million-plus for a house on the west side, even professional wages couldn't keep up.

At least one man has found a way to maintain the upper-middle-class dream without going into major debt to do so. Eric Murray is chief executive officer of growing clean-tech company Tantalus Systems, based in Burnaby, B.C. Mr. Murray, however, lives in Raleigh, N.C., where he owns a 3,500-square-foot house and puts his three kids through private school.

He is a Canadian, with several family members in Vancouver. But when his career trajectory sent him to Raleigh, he decided to stay put. Mr. Murray is one of a growing number of workers in the Lower Mainland who live in the U.S. You could call them cross-border jobbers.

"My father's entire family is in Vancouver, so for our relationship, it would be great if I lived there," he says in a phone interview. "But for me to pick up and move from Raleigh, where I have a fully wooded lot, and a very nice home, and I can send my kids to private school, this sort of stuff – to do that in Vancouver, I just can't swing it economically. When we looked at this whole thing, we knew we would have to compromise on housing.

"Absolutely, I would live in Vancouver if I could afford it."

Technology is the third-largest contributor to B.C.'s gross domestic product, says Bill Tam, president of the B.C. Technology Industry Association. He says there is demand for about 4,000 more employees in the industry, and the majority of qualified people come from the U.S.

"Especially in the Vancouver area, technology has been one of the faster growing industries," he says. "So when companies have had to expand and recruit managers to come here from the U.S., some have relocated to places like Blaine, Wash., close enough to commute on a daily basis. That's the level of creativity they've had to resort to."

Others, he says, fly in from more distant U.S. locations, like Mr. Murray. Mr. Murray used to fly into Vancouver every other week. These days, he's flying in every third week.

"When they come across and recognize the cost of housing is four to five times what they are accustomed to, they end up being commuters," says Mr. Tam.

Sierra Wireless CEO Jason Cohenour, who was travelling and couldn't be reached for comment, works in Burnaby and lives in the U.S. Tom Ligocki, CEO of Richmond-based Clevest, says he has several employees who live in a golf course community at Semiahmoo Resort, near Blaine. One of his engineers, Jeremy Westbrook, commutes from his home near Blaine to work in Richmond. It takes them about 30 to 40 minutes to make the drive.

"None of the folks in the U.S. want to move to Vancouver," he says. "The simple example that I heard from one gentleman is that he did not want to move because he can have his $400,000 mansion in the U.S., versus getting a little home for $1-million in Vancouver."

Mr. Ligocki has recently hired two employees from Philadelphia and another from Chicago, and they are all living in Blaine and working in Richmond.

Mr. Ligocki is an example of the Canadian entrepreneurial dream. He came from Europe and has lived in the Lower Mainland for 30 years, and he literally built his company out of his basement. He started with seven employees and six years later, he employs 121 people at his Richmond office. His greatest demand is for specialized marketing and sales people, as well as engineers.

"We serve the utility industry and there is a lot of expertise in the U.S.," Mr. Ligocki explains.

His company developed the software that was used in the installation of the smart meters in Vancouver and Toronto. The software is being used by more than 125 utilities around the world, including China, a deal that won Prime Minister Stephen Harper's support. However, Mr. Ligocki's growing company is facing a major obstacle in finding skilled employees in Canada, and another obstacle in attracting American employees to put down roots in B.C. – because of unaffordable real estate.

"There's no point in even talking about the Vancouver market. We are just talking to them about directly moving to the Semiahmoo resort," he says, on the phone from a conference in New Orleans. "If you can't bring them to Vancouver, that's the only option we have.

"And they do certainly make very good wages," he adds. "These are high-end experts that we are hiring.

"But all these folks are used to living in a house. They are used to American comforts, and they are well paid, and they can afford to have a nice luxury home wherever in the U.S."

Like several companies in the tech industry in B.C., relatively new Tantalus Systems has seen substantial growth in the last few years. Employees have gone from 10 to 60, and the company is still growing. They're targeting $20 million in revenues this year.

"That is the challenge – bringing in more people," says Mr. Murray.

And although he does plan to return home to Vancouver one day, Mr. Murray is more concerned about younger entrepreneurs who want to make a living there.

"Back pedal me 15 years, with a full head of hair, just starting out, with kids. If I were living in Vancouver at the time, I would be thinking, 'Do I start a business or do I start a family?' You could do both but you'd have to make significant sacrifices.

"I get into this discussion all the time with guys. Vancouver is great. The mountains and ocean are super. I get that. I would love to live there. I have a lot of family there. But I don't see how the economics would work for a young person trying to do both of those things, unless they had a similar opportunity in another really pretty place.

"And I have been in a bunch of different countries and there are other really pretty places out there."

Mr. Tam says that the industry is having better luck attracting younger, more urban types who are content to live in condos. But if the American dream is a yard with a picket fence, the dream gets squashed at the Welcome to Vancouver sign. And consider that tech industry wages are 50 per cent higher than the B.C. average wage, says Mr. Tam.

"If there are challenges in this industry, imagine what it looks like for everybody else."

Both Mr. Murray and Mr. Ligocki wish their employees would lay down roots in Canada. They'd also like to hire Canadians.

"Obviously we want the world to know that this is an exciting place to live," says Mr. Ligocki. "And if you are able to attract employees that come here, it would be nice if these high net-worth individuals spent money in Vancouver instead of taking it back across the border."

Adds Mr. Murray: "I personally am a big supporter of keeping things Canadian. But the bottom line is, you've got to get the right talent." 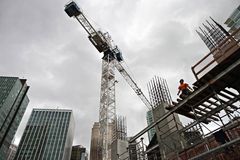 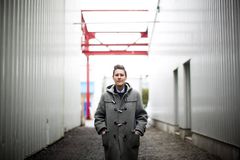 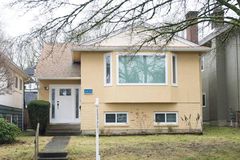 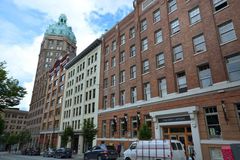