At a time when pundits are watching for signs that Toronto's housing market is cooling down, Ross McCredie is gearing up.

The chief executive officer of Sotheby's International Realty Canada is adding a second Toronto office and new agents are signing on.

Mr. McCredie is sanguine about the top tier of the market, where Sotheby's agents already glide between polished marble foyers.

Mr. McCredie was first drawn to Toronto by the opportunity to attach the Sotheby's banner to condominium units in the Four Seasons Private Residences currently under construction in Yorkville.

That venture went so well, and he has such high hopes for more such lucrative deals, Mr. McCredie says, that he has brought about 25 new agents onboard and expects to add another 25.

He points to the injection of capital from overseas, the line-up of five-star condo towers nearing completion, and a projection by Deloitte Services LP that the number of millionaire households in Canada will swell by 38 per cent in 2020 from the 2011 tally.

A lot of attention is focused on investors based in China, he says, but other factors are at play too: The huge transfer of wealth from aging parents to their baby boomer offspring and the expectation that more homeowners in tony neighbourhoods such as Rosedale and Forest Hill will downsize and move into those Four Seasons condos.

"There's a lifestyle change going on."

There are a lot of Canadians with money and a lot of successful ex-pats are returning. They are the ones buying in Whistler, he points out.

And for those who don't choose the Four Seasons, there are plenty of other ensuite dressing rooms being readied for the unpacking of Tom Ford moccasins and Christian Louboutin heels. The Residences at the Ritz-Carlton, Trump Tower, and Shangri-La are ready for occupancy or nearly so. Toronto has more condos coming on-stream than any other city in North America.

Oh and then there are the vacation properties in Florida or California that these buyers will be able to escape to when they are ensconced in their new turn-key lifestyles. Mr. McCredie wants Sotheby's to help with the purchase of those too.

Mr. McCredie is not put off in the least by agents who say the high end of the market is slow – has been for months. Some say buyers in the upper echelons are wary amid all the turbulence in global financial markets. As for high-priced houses for sale in Rosedale that may go weeks without a showing, Mr. McCredie characterizes that as a perennial lament that can be explained by seasonal doldrums.

"Everything starts firing up in the spring again," he says.

If there is a segment he worries about, it's the mid-range condo market in Toronto. Those buyers, he cautions, are the most likely to be hurt if interest rates rise.

Those areas, along with traditional bastions like Westmount in Montreal or Shaugnessy in Vancouver, tend to fare better because homeowners are mostly well-established.

"Those are the markets that will hold up."

He also travels the world and, in the past two years, the fervour of people who want to talk about investing in real estate here has only intensified.

"Canada is absolutely the darling of international markets now."

If Mr. McCredie's optimism is one measure of the Toronto market, another more literal benchmark is a new home price index unveiled this week by the Canadian Real Estate Association.

CREA and its partners developed the index to gauge price trends in properties sold over the multiple listing service in different markets and their various segments. The first cities on board are Greater Vancouver, Fraser Valley, Calgary, Greater Toronto and Greater Montreal, with more to come.

Sub-indices will track different housing types. People looking at trends in prices of single-family homes, for example, can drill down further to compare one-storey versus two-storey houses. They can stack that information up against townhouses or row houses and apartment unit trend lines.

"Prices are open to misinterpretation," he says.

The MLS HPI, as the composite index is called, will reflect quantitative and qualitative housing features.

Some of the qualitative elements that influence the price a property fetches include the number of rooms above basement level, the number of bathrooms, the age of the structure, availability of parking, and proximity to schools and shopping.

The qualitative measures will also include renovations, which is important input, Mr. Klump says, because Canadians spend so much on improvements each year. 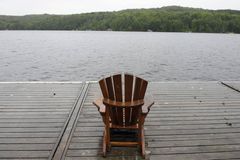 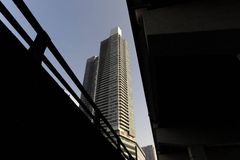 Toronto home sellers are in a January state of mind
January 19, 2012 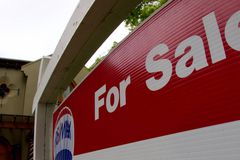