"Outside Vancouver, the economies are pretty darn strong," says Mr. Campbell, the outspoken president of REIN and author of Real Estate Investing in Canada.

REIN recently released its list of the top investment towns in B.C., based on its constant region-by-region study of the market. For the third year in a row, Surrey tops the list of best investment towns in B.C. Surrey is followed by Maple Ridge/Pitt Meadows, Kamloops, Abbotsford, Dawson Creek, Fort St. John, Kelowna, Comox Valley, Penticton and Prince George round out the top 10. Vancouver is at No. 11.

Overall, the report is a positive outlook for British Columbians. Contrary to naysayer reports, he says the economy in B.C. is strong, and the future looks brighter than media reports would have residents believe.

"From a job perspective, we have more people working now than before the recession. Jobs have shifted geographically – they have really shifted out west ... so it's pretty good, yeah."

Surrey's top dog place on the list – and No. 4 on REIN's best investment towns in Canada list – is testament to its public image makeover.

It used to be that Surrey had a tarnished image, mostly because of its high crime rate.

"I grew up in Whalley, and it was dramatically different when I grew up in the 70s and early 80s than it is now, that's for sure," says Shaun Greffard, Surrey's general manager of investment and intergovernmental relations. "There have been some fundamental shifts."

REIN operates out of Abbotsford, with a membership of more than 3,000 investors across Canada who own nearly 30,000 properties across Canada. They travel to various towns each year to determine which regions are most investment-worthy. Let's just say that their cavalcade of tour buses is usually the talk of the town.

Once a year, members converge on a town, stay at a hotel and travel by buses to look at infrastructure, schools, libraries, arts and culture venues, trail systems, housing, industrial parks – whatever features help them decide where to put their money. They also meet with mayors and economic development officers to determine if the local government is going to ensure better highways, bridges, rapid transit and downtown development. The criteria to be investment-worthy include the potential for jobs, gross domestic product growth, income growth and population growth. They are not looking for housing booms. In fact, if a region is enjoying a housing boom but without GDP job growth, then that boom is most likely a bubble that is bound to burst.

"If you don't have GDP and job growth on a consistent basis, and the real estate market continues to move up, you are going to see an inevitable correction," says Mr. Campbell.

What you want is a real estate market, not a speculative bubble. A real estate market involves new population growth and people who typically rent for three to five years before buying. REIN investors are looking for regions where that growth is about to happen, and they purchase properties on the upswing of that growth, which is about a five-year plan. For example, it takes time for vacancy rates to drop, after more people have moved in. Then renters will typically become homeowners.

"I'm trying to identify long-term markets," says Mr. Campbell. "It's not like stock investing, where you can get in and out. You want your money to go where the people are going to go.

"For example, the immigration into Edmonton, Calgary and Saskatoon is unbelievable. But people say, 'the real estate market there is flat.' That's the point. You see population growth first, then the vacancy rate goes down, and 18 months later, after population grows, then you see the upward pressure on real estate. It's incredibly predictable. This is the underlying economic analysis."

With a reduced crime rate and better image, Surrey is becoming recognized as an affordable, central metropolis that is a major draw for young families. About one third of its 500,000 residents are under 19.

The region has boosted its population with jobs and the lowest residential taxes in the region, generous housing stock, and its development of a transit-focused commercial core called City Centre. It's possible to buy a condo in Surrey for $150,000, which is a rarity in Vancouver. As a result, Surrey grows by 800 to 1,000 people per month. As well, it has the highest birthrate in B.C., with about 400 babies born every month.

"There's the opportunity for individuals to get into the real estate market in Surrey – where that might not be the case in other areas where it's less affordable, like Vancouver or West Vancouver, and even Burnaby and Richmond," says Mr. Greffard. "Not to say prices haven't appreciated, because they have in Surrey, but there is more volume coming onto the market. And with the City Centre development, there is higher density development going on."

Maple Ridge and Pitt Meadows are second on the list because that region too is currently affordable, and also set for major growth due to the new Golden Ears Bridge. Maple Ridge, which has a population of about 76,000, has also spent a lot of money developing its downtown core. Pitt Meadows is much smaller, with around 18,000 residents.

"I think we've spent over $100 million over the last 10 years," says former Maple Ridge councilor Craig Spiers. "We've given incentives on downtown development, and the uptake has been incredible.

"And we've had $1.2 billion worth of bridges built to connect our communities."

Mr. Spiers said he worries about growth cutting into farmland that's part of the Agricultural Land Reserve, which would make the bucolic region less desirable.

"You don't want to make the short-term mistakes that produced Surrey. They realized their mistake, and they are coming back. They are doing a great job, but it's been difficult." 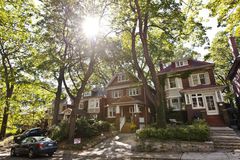 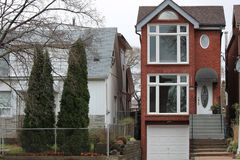