A housing market tilted heavily in favour of sellers pushed Toronto real estate prices up sharply in the opening months of 2014, but, so far in April, buyers appear to be gaining clout, says John Pasalis, president of Realosophy Realty Inc.

The spring survey of home values, tallied exclusively for Globe Real Estate by Realosophy, shows that prices jumped about 10 per cent in the Toronto area in the first quarter compared with the same period in 2013. Among the hottest neighbourhoods for price appreciation are Allenby, the Danforth, Danforth Mosaic, Christie Pits and Regal Heights.

The coolest are the condo-packed areas such as the Entertainment District, Cityplace, Fort York, the Financial District and the Distillery District.

In coming up with the rankings, Mr. Pasalis looked at such factors as the number of days the average property stayed on the market, the percentage above asking or below asking that the seller received, and the percentage of properties that sold above the list price in a given area.

Mr. Pasalis points out that, sometimes, a wild swing in values in a particular area can result from a shift in the mix of housing types that happened to sell during the period. In an area such as the Annex, for example, where the average price dropped 24 per cent, last year's number could have had a boost from the sale of one multimillion dollar mansion. Conversely, a condo building could have recently come on-stream, which would pull down the average if this year a rush of units sold for less than neighbouring houses.

The most intense competition still tends to take place in the range between $500,000 and $800,000, but segments above that price are also busy.

For example, drilling into the numbers for Allenby, where prices rose 11 per cent year-over-year, Mr. Pasalis finds that 83 per cent of the properties received multiple offers and the average property was on the market only five days. He adds that the gain is noteworthy because prices in the area are already fairly lofty: The average price came in at $1,158,667. The neighbourhood is popular with families who are willing to pay a premium for a detached house close to Allenby Junior Public School.

Mr. Pasalis says Allenby represents a lot of neighbourhoods where properties commonly change hands at prices north of $1-million and where homeowners have seen significant appreciation. "This isn't just the affordable ones," he says of the areas seeing values swell.

In the neighbourhood stretching out from Danforth and Coxwell avenues known as Danforth Mosaic, the average selling price was a relatively reasonable $629,490. Ninety per cent of properties received multiple offers and typically sold for 112 per cent of the asking price in nine days.

Mr. Pasalis says the area is popular because it's more affordable than many of the others along the Bloor-Danforth subway line. "It's still relatively manageable for a dual-income family," he says of the average price.

The neighbourhoods considered coolest in the rankings of price appreciation tend to be those where buyers have lots of choice. If they can't negotiate a deal on one condo unit, they know plenty of others are available in the same building or surrounding area.

In the Financial and Distillery districts, for example, virtually no properties sold for more than the asking price. In Cityplace, Fort York and the Entertainment District, about 2 per cent did. The average days on market ranges from 26 in the Financial District to 39 in the Entertainment District. The units in these areas typically sell for 96 to 98 per cent of the asking price.

Since the survey was completed, signs are pointing to a slightly calmer April market. It's been a while since we've heard about a house with 28 or 30 offers. Mr. Pasalis says houses that would have received 10 to 15 offers back in February are now receiving five to seven offers.

"A month ago, 20 buyers would line up to compete for the one nice house taking offers on any given night. Today, there are two to three nice houses taking offers on the same night, which means we are seeing five to seven offers for each house rather than 20 offers on one house."

Mr. Pasalis points out that, while sales rose 4 per cent in March from the same month last year, they are well below levels reached in 2011 and 2012.

Last week, he represented a seller who received four offers on a condo townhouse in Brockton Village. Mr. Pasalis did not set an offer date so one buyer stepped up on the first day the unit arrived on the market and made an offer good for 24 hours. The following day, three more buyers saw the unit between 6 p.m. and 7 p.m. – then rushed to have their bids on the table by 8 p.m. Despite the last-minute flurry, the first bidders secured the deal by increasing their original offer to a small amount above the asking price.

Since March break, the action has cooled a bit as new listings have gradually trickled onto the market and approximately 18,000 buyers who bought in the first three months of the year have left the melee, Mr. Pasalis says. "It was just ridiculous," he says of the heated activity and eye-popping amounts above asking that were registered in January, February and the first half of March.

New listings, meanwhile, edged up 1 per cent in March compared with March, 2013. For the year to date, listings have shrunk 5 per cent from a year earlier.

When Mr. Pasalis takes a deeper look at the numbers, he finds that new listings for semi-detached houses declined 11 per cent in the first three months of the year compared with the same period last year. So many of the properties that generated skirmishes involving 25 or more bidders and sold for 10 to 20 per cent above the asking price were semi-detached, he points out.

He adds that, in many cases, the listing agent stirred up a bidding frenzy by listing the property at an eye-catching low price. Many agents and potential buyers are worn out by the commotion created when a house is listed with an asking price of $599,000 instead of closer to the $725,000 that it's likely to fetch in the current market, he adds. "It's a really bad practice."

Meanwhile, he has seen a couple of houses that didn't sell at all on the designated night for receiving offers. A couple of weeks later, they are back on the market at a higher asking price. What likely happened, he says, is that the sellers received a bunch of offers close to the asking price but that price was never realistic. "Despite the fact that they had six offers at $599,000, the sellers really wanted $725,000."

Mr. Pasalis says such a scenario wastes the emotional energy of all the bidders and alienates everyone who was interested in the property.

It's hard to forecast what the volume of listings will be like in the second half of the spring market he adds, but he thinks many house hunters and agents will be relieved if a more stable market emerges. "Nobody likes it when it's completely insane. It's not a fun experience for most buyers." 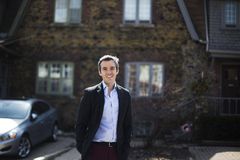 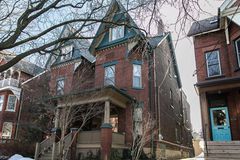